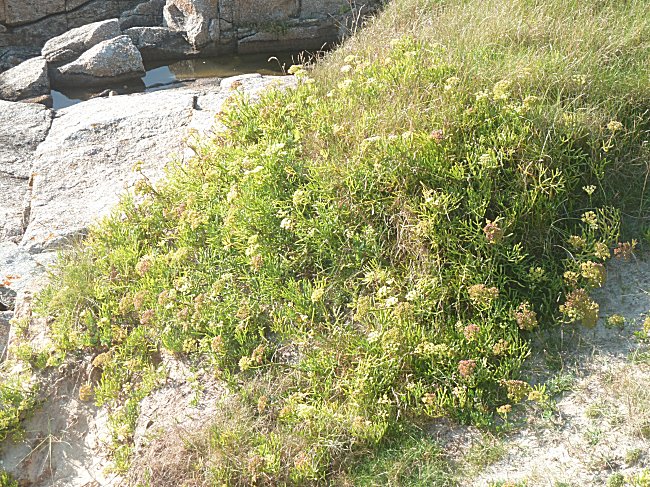 Well known to coastal walkers, this discreet plant is halophilic, meaning it needs salt to develop. 1  It therefore adapts well to the cliffs and the first rocks of the coast on which salt spray is deposited. Its deep roots forage in the cracks of the rock and between the stones. 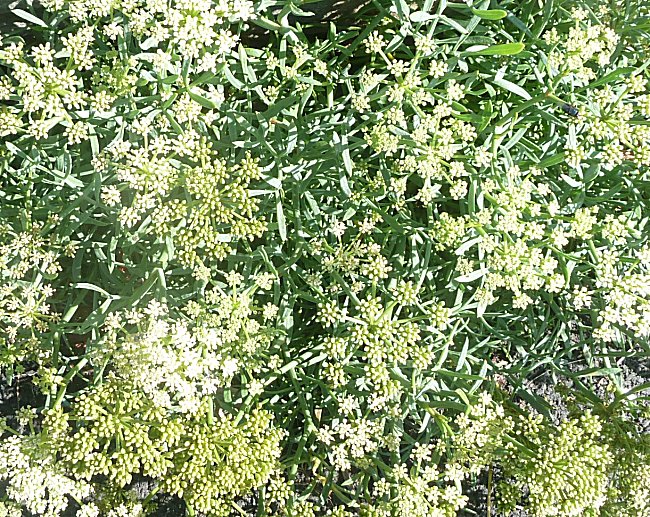 It is easily recognizable by its white umbels and fleshy foliage of a beautiful soft green in spring, which gradually fades in autumn. 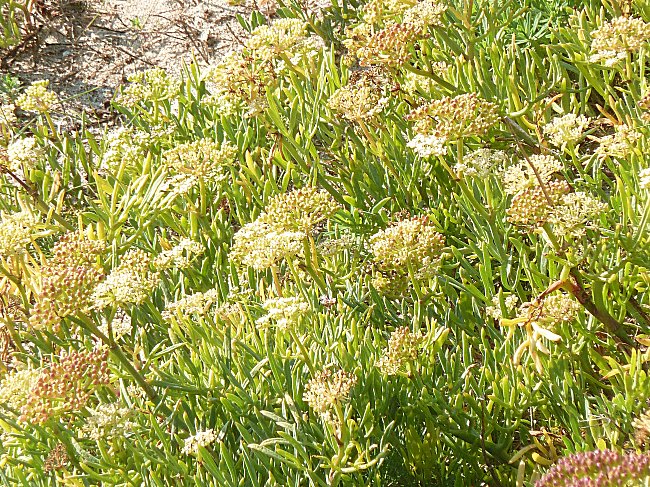 You can collect your seeds and sow them in the rock garden or on the wall of a seaside garden. Well exposed to the sun, it will develop easily. If you are a little far from the shore, however, you should sprinkle a pinch of salt on its foot from time to time.
In the wild, sea fennel is a protected plant because it is one of the first terrestrial plants that colonize the coast and produce the humus necessary for the establishment of other species. 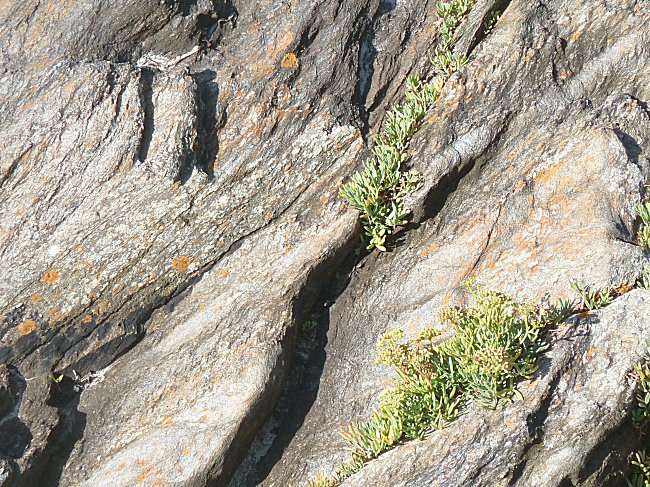 Harvested far from the shore, this plant is edible. It was once carried raw as a vegetable or stored in vinegar on board sailboats to protect sailors from scurvy during their long journey. Its slightly spicy taste, with a carrot flavour, raises the taste of dishes a little bland. The crews called it sea fennel and this name remained to it.
Although it is abundant on Breton coastline, the harvesting of this plant is regulated. 2 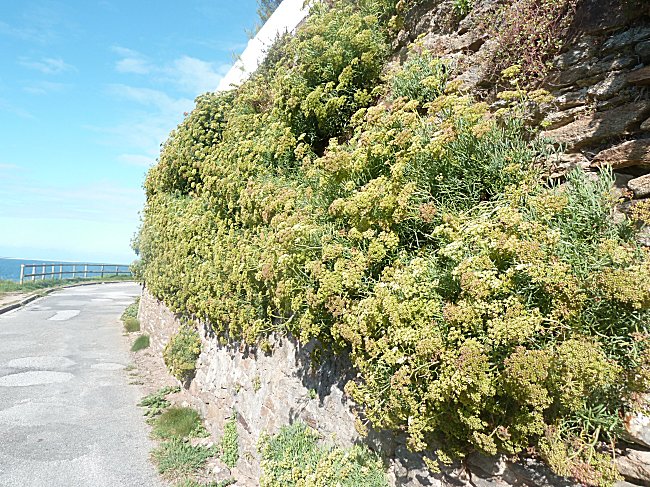 Such a plant, which grows only on the coast, dares to brave storms, salt spray and conquer bare rocks while providing man with a useful and pleasant condiment deserves our respect.


-1- In French, this is what justifies the addition of the word marine to its name « criste marine » : Unlike pine maritime, which grows by the sea, but is not directly dependent on it, the plant only grows if it receives this salt from the sea.

-2- Finistère: Prefectural decree of 21 June 2010. Harvesting limited to the content of one hand, marketing subject to prefectoral agreement. 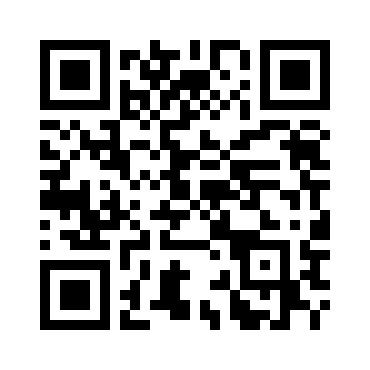