Megaliths of the Iroise country 1


The Pays d'Iroise is exceptionally rich in megaliths of all kinds. Quantity, variety and size are impressive. The highest menhir in Europe is that of Kerloas in the village of Plouarzel. A prehistoric skyscraper!
These monuments were erected in the Neolithic period by the first farmers of our country, between 5000 and 2000 BC. 2 The Neolithic, known in the 19th century as the Polished Stone Age, is the most important period in human history. As for Europe, it corresponds to the progressive colonization of the continent by a population and techniques originating from the Middle East. The geographical location of Brittany explains its late neolithic development. 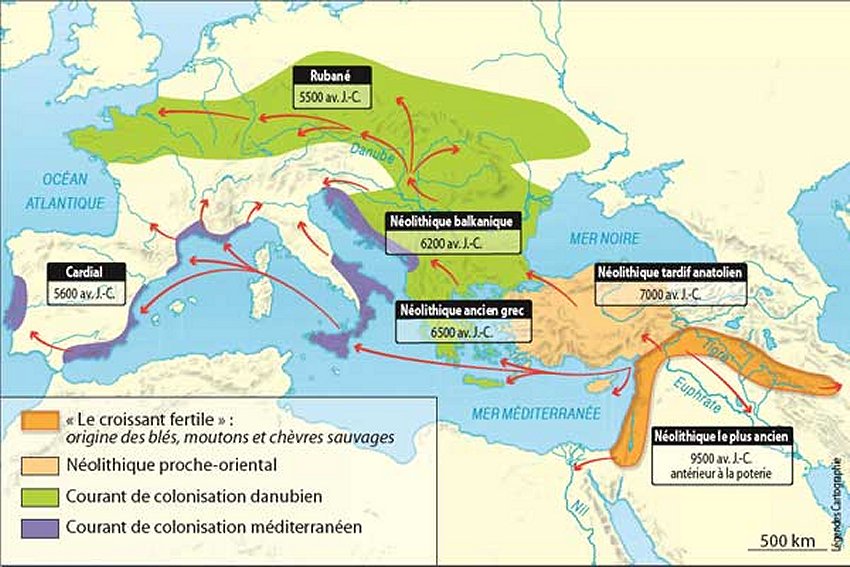 The oldest Armorican megaliths are therefore contemporary with the construction of Egypt pyramids. At that time, sea level was lower than it's today. 3 It is probable that a quantity of megaliths still sleep under the waters of the Iroise Sea.

The dolmens, covered passages and menhirs, are far from being equally distributed on the territory of the 19 municipalities of the Pays d'Iroise, at least those which still remain after sixty centuries of existence ! An inventory carried out in 2009 identified 305 of them. That's a lot, you say? Certainly, but during these six millennia, and particularly in the course of the XXth century, man has ingeniously made them disappear. The town that counted the most was Le Conquet, with 103 megaliths identified. Only six are still visible in the continental part of its territory, most of those located on the islands are still spared.
In general, but with notable exceptions, there are still more megaliths in place in maritime municipalities than in those far from the sea. It is therefore tempting to think that in agricultural communes, farmers have had to make them disappear from their fields throughout our history. The consolidation and expansion of urbanization are also a factor in this disappearance, while at the same time ever more efficient mechanical means were being developed to easily move large and heavy loads.
These destructions have also often been attributed to religious fundamentalism, which was particularly roused from the Conquet at the time of Father Dom Michel Le Nobletz, in application of the instructions of several successive councils. Some destruction certainly took place, but many interventions also consisted in a Christianisation of the monuments which finally preserved them.

What we see today of the megaliths is only a ruin of much more important monuments. We know, because some are still quite well preserved like the one on Carn Island in Ploudalmézeau, that the dolmens were graves protected by low walls and covered with a very large mound formed by stones and earth. 4 The stones have been regularly looted to build houses and most often there remains only a skeleton of large slabs.

Not much is known about the menhirs that may have been erected as we see them today, but that may also have been integrated into wooden constructions that have now disappeared.
What is certain is that all these megaliths had a very important function for their builders : one does not have fun detaching, pruning, moving often on several kilometers, then erecting a block exceeding 100 tons, like that of Kerloas, for simple pleasure. Were they the expression of a particular belief? Were they used to mark out a territory? Groundwater to report? Many hypotheses have been put forward about them, some more or less eccentric, and none has yet been absolutely confirmed. Nor is it to be excluded that depending on the type of stone, the size, the possible shaping, the time and the population that erected them, they could have different functions.
We must also beware of the neomegaliths that some people have raised in their gardens in order to draw attention to their property as if it were billboards. Real displaced menhirs, fake menhirs and fake dolmens are the expression of a fashion that is no longer very original and can confuse the uninformed visitor. 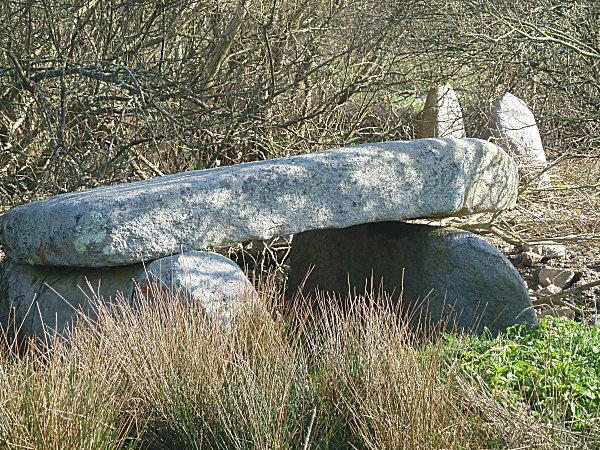 False dolmen and false menhirs
in the hamlet of Castel ar Bic in Porspoder
erected on private property in 1994.


The real megaliths are not specific to Brittany. They can be found throughout France and Europe, but it is in Brittany that they are most numerous. They deserve not only protection, but also further study and, above all, enhancement. Because after the decorated caves, they are the oldest monuments of our country.
Total respect! 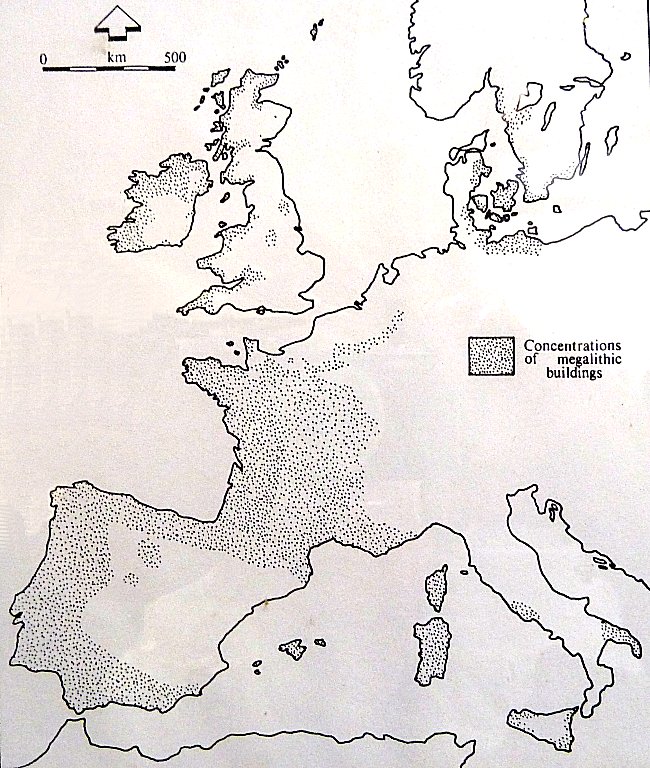 Distribution of megaliths in Europe
based on an old English study
Museum of Prehistory of Penmarc'h, Finistère


1 - The dolmens and menhirs presented in this website have been chosen not only for their interest, but also according to their accessibility : many megaliths, in fact, located today in private properties, are not visible from roads and paths. Similarly, those located in the islands are difficult to access. It is therefore useless to send visitors there, especially as their influx and possible introduction into private plots can, even today, push some owners to new destructions.

We mustt therefore insist on this instruction : we respect crops and livestock, we do not enter fenced fields, we use the zoom to take photos from afar.

2 - See the interesting study by Swedish archaeologist Bettina Schulz Paulsson, University of Gothenburg. According to her, European megaliths originated in Brittany and were spread by a hunter-gatherer people who already mastered ocean navigation.
https://www.courrierinternational.com/article/archeologie-les-megalithes-deurope-seraient-tous-issus-dune-meme-civilisation

3 - When the last ice age ended, around 20,000 years ago, sea level was about 120 m below current level. The gradual melting of continental glaciers has led to its recovery. At the beginning of the Armorican Neolithic, it was only about ten meters below the current level. The Molène archipel ago was then a long peninsula attached to St-Mathieu. Around 4200 BC, the sea began to form islands by isolating the highest points of this little peninsula.

4 - These graves were to be the tombs of important figures because they contain the remains of very few individuals. Their grandiose architecture reflects, as in Egypt, the existence of an important political or religious power and a hierarchical society. Unlike the nomadic hunter-gatherer peoples who preceded them, these agricultural populations gradually invaded all of Europe in the Neolithic period. They have also shaped our society today. Livestock, agriculture = sedentarization, organization and defence of the territory. Defence = wars and conquests, military pre-eminence, enrichment of privileged characters. From the social and political point of view, we have not left the Neolithic civilization.


In this special issue n°32 of the Dossiers de l'Archéologie published in June 2017, we will find interesting articles on megalithism in Brittany which review the state of our current knowledge. 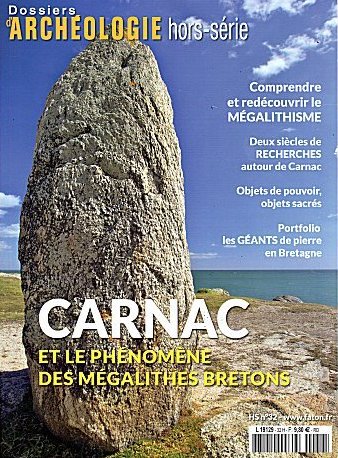 About the Neolithic period, nothing beats the knowledge of an archaeologist specialized in this crucial period in the history of our planet. Jean-Paul Demoule is a professor of protohistory and has chaired the Institut National de Recherches Archéologiques Préventives. His two books below describe the state of our current knowledge about the Neolithic period in France and in the world. 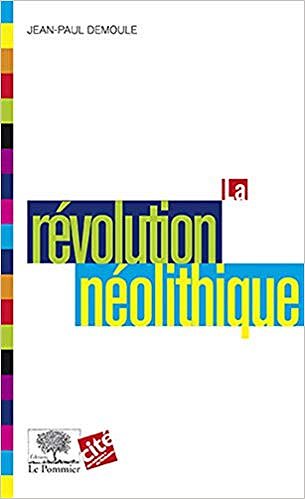 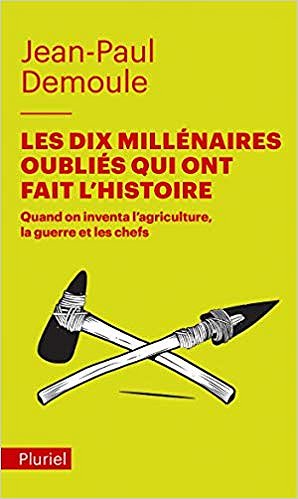 But these old stones also arouse a different interest among some people, that of the artists. Jean-Yves André is one of them. Throughout the winter of 2014-2015, he travelled the Léon countryside and cleared the bushes in order to draw more or less forgotten dolmens and menhirs. Some of his drawings appear in the pages of this website. He produced a book published in May 2015, which the reader will enjoy browsing through because he reveals an unsuspected look at these monuments, at the same time rare, precise and full of sensitivity. 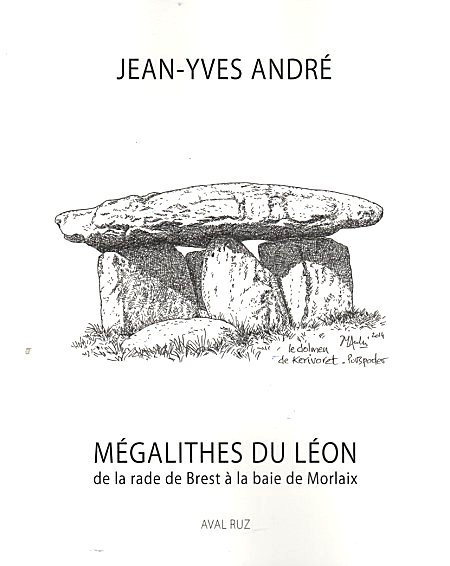 Those interested in a complete inventory of all megalithic monuments in the region are invited to obtain the following book by Yohann Sparfel and Yvan Pailler   "The megaliths of the Brest district" .  This remarkable publication has consistently served as the basis for our work. 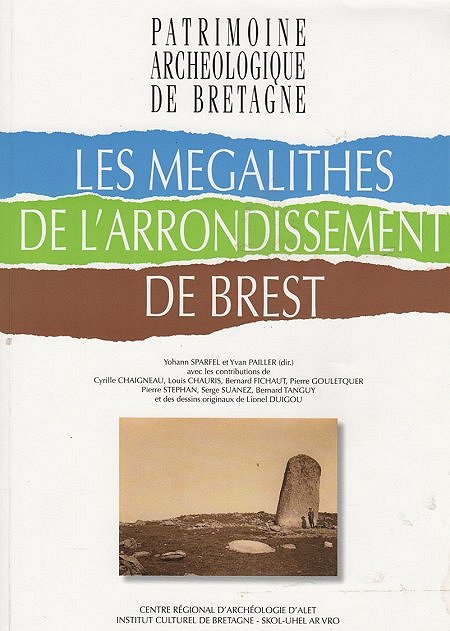 The same authors had already carried out in 2003 a very complete study of 264 pages on the archaeological heritage of the commune of Porspoder: 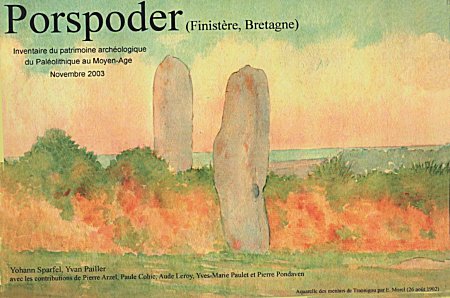 Yohann SPARFEL and Yvan PAILLER :
"Porspoder, Inventory of Archaeological Heritage
from the Palaeolithic to the Middle Ages".
Ed. Commune of Porspoder, November 2003.
On the cover, Traonigou's menhirs
in 1902 by Etienne MOREL.


Print the itinerary below to discover 8 megalithic sites in the Pays d'Iroise : 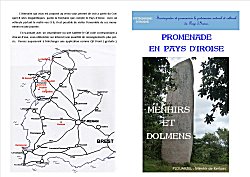 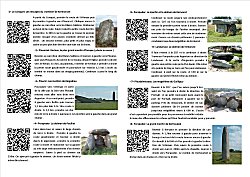 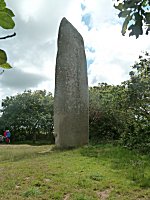 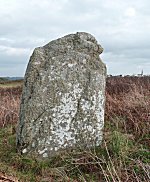 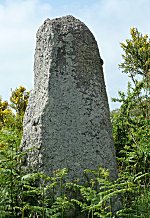 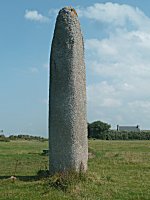 Porspoder :
The menhirs of the St-Laurent peninsula

Porspoder :
The megaliths of Melon Island 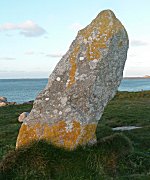 Landunvez :
Sentinels of the wild coast 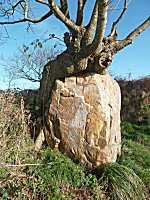