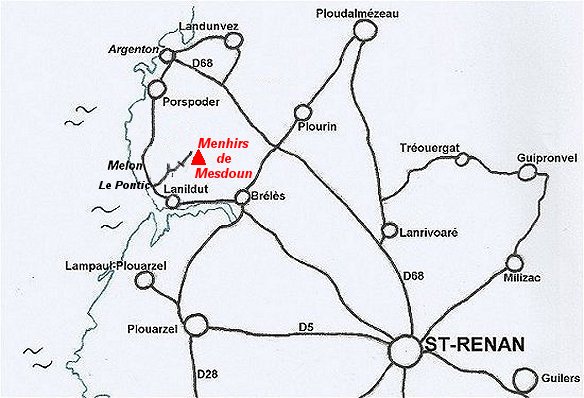 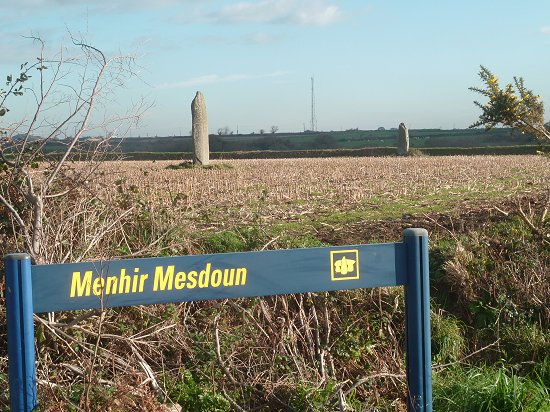 Access :   This site is located on the border between the municipalities of Porspoder and Lanildut. From Lanildut, on the Porspoder road, turn right at the hamlet of Pontic, then right again just after the water tower. One kilometre further on we see on the right the two stones and the sign above. Both are located in the middle of a cultivated field and can only be accessed after harvest. However the path bordering the field allows to see them in good conditions. 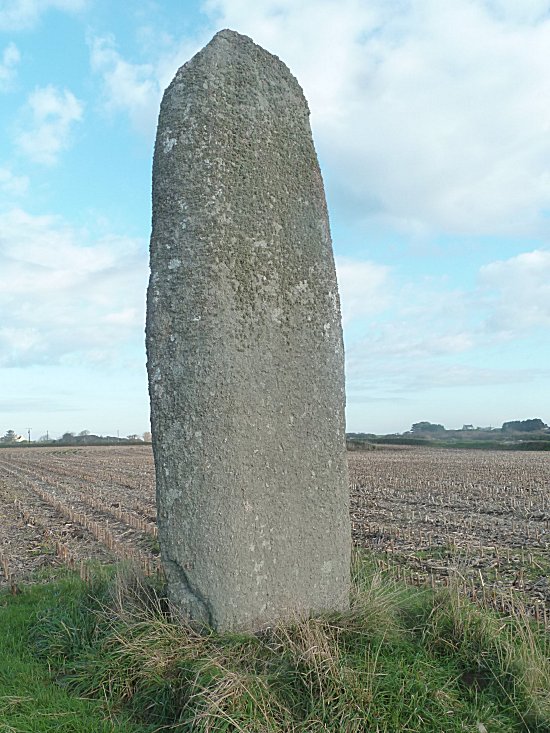 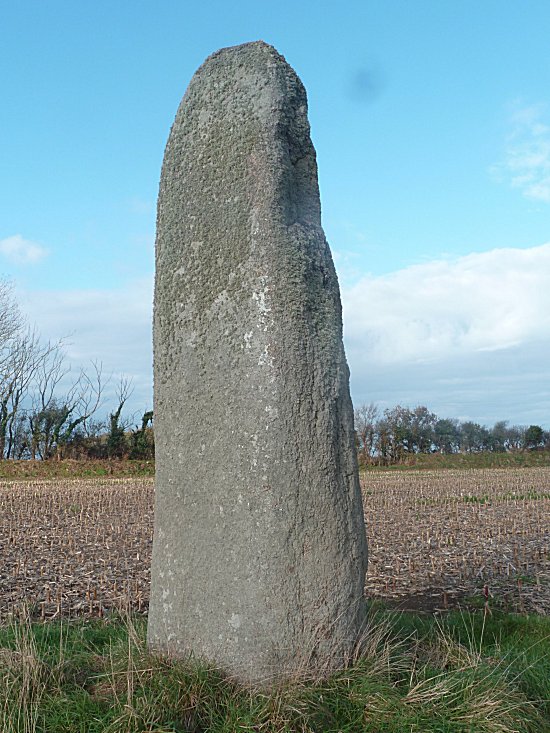 The menhir n°2, located about 60 m east of the previous one, is 3.80 m high. Smaller and stockier, it is 2.24 m wide at the base and 1 m thick. It is also less regular than the first, has a fracture at its top and an inclusion in the porphyroid granite that causes a natural X-shaped crack on one of its faces.
We can think that it was precisely the presence of this defect in the stone that determined its choice by Neolithic men. And in this case, a comparison with the engravings of "hatchet axes" that decorate certain slabs elsewhere could be useful in the search for their meaning. 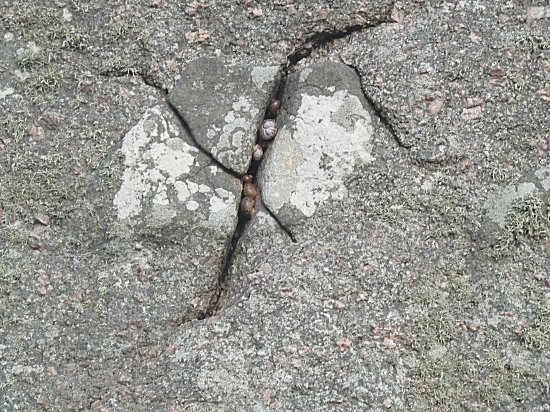 The two menhirs of Mesdoun marked the spirits of the inhabitants to the point that a legend tells that they constituted the javelins of a memorable fight between the devil and Saint Ourzal whose chapel is only one kilometre away. Of course, the most regular menhir was the saint's weapon, while the devil threw the second, more crude and massive one. The two stone javelins would then have been driven forever into the ground.
Another legend claims that these stones were brought back by "good women" - fairies - in their large aprons... 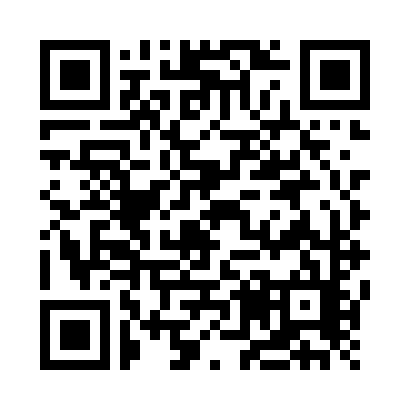