and the great adventure of transatlantic cables 1 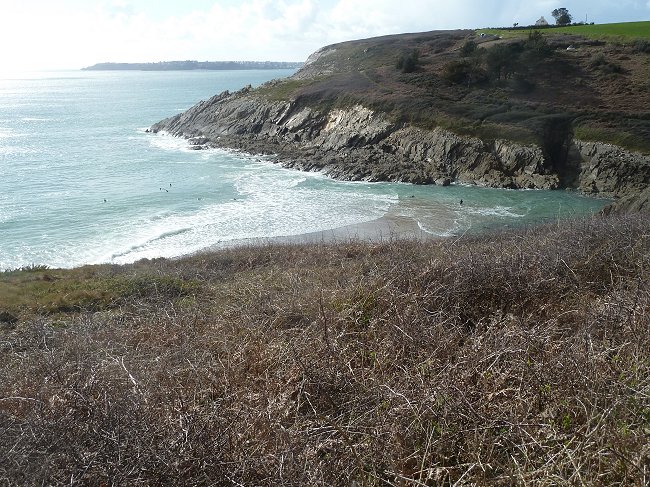 The small cove of Déolen, on the coastal path between Brest and Plougonvelin, is home to a treasure of the international maritime memory.
And yet hundreds of hikers pass through it, bodyboarders bathe there, without any of them imagining that an extraordinary adventure had taken place from this creek more than a century ago, quite comparable to that of the conquest of space.

Access : First make sure you get there at low tide. 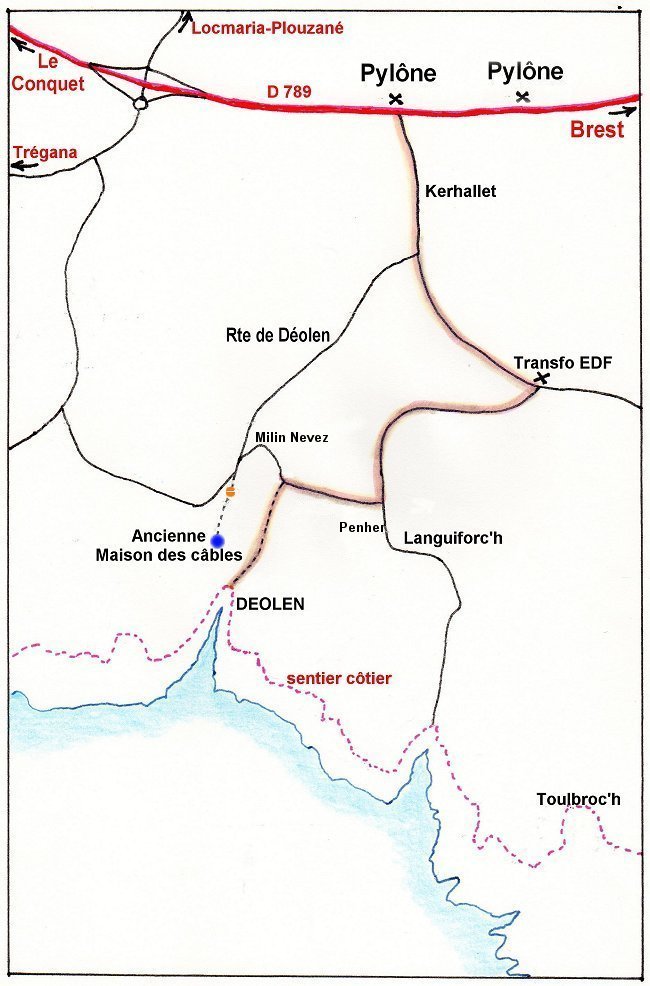 Déolen can be reached by foot in about 40 minutes along the coastal path GR34, either to the west from the headland of Petit Minou, or to the east from Trégana beach.
By car, it's more complicated: you have to leave the D789 road from Brest to Le Conquet, exactly in front of one of the 2 telephone relay pylons, towards Kerhallet. Then turn right in front of an electric transformer towards Penher. Then take the first road on the right towards Milin Nevez. When this small road begins a descent, park left in the widening of the bend and walk the path that leads to the sea. We reach the creek in 5 minutes. 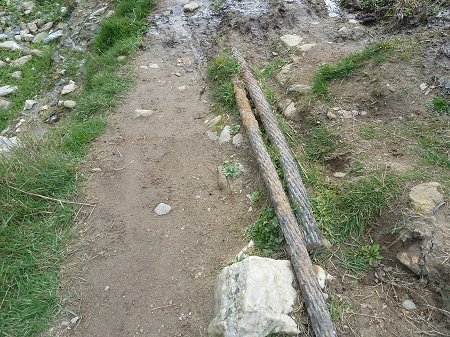 The curious walker may be intrigued by the presence of large metal cables that run along the coastal path and seem to sink into the ground. They are then found at low tide among the creek's pebbles. Then, surprise, they appear again in a trench carved among the rocks and then plunge into the sea... 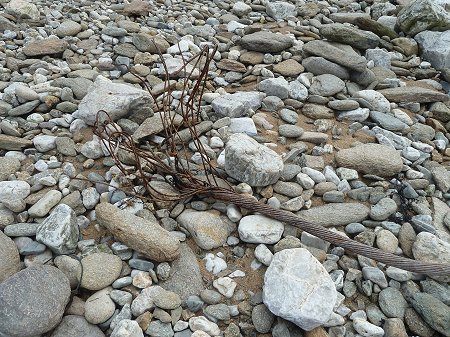 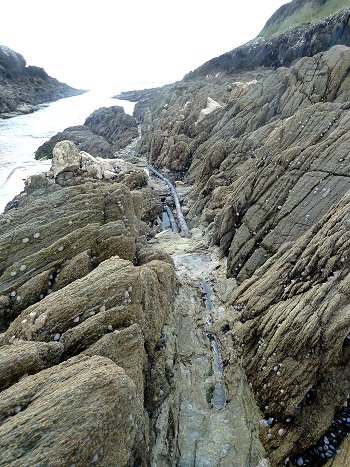 The history of Déolen is that of these curious remains. 1

In 1850, the first underwater telegraph cable was laid between the Cap Gris-Nez in France and Southerland in Great Britain. But the wildest dream, to cross the Atlantic, has yet to come true. The English were the first to do so in 1858, connecting Ireland to Newfoundland. But quickly deteriorated, the cable will hardly work. A new attempt, in 1866, was finally successful.
Brittany, darting its peninsula towards the New World, is a privileged site to participate in the development of this formidable technological challenge. And it was in 1869 that the first French transatlantic cable was put into service, connecting the Pointe du Minou, west of Brest, to Duxbury, in the United States2 via St-Pierre and Miquelon. In 1879, a second cable, 5800 km long in two sections, reached Cape Cod, Massachusetts, via the islands of Saint-Pierre and Miquelon. This time, it is the small cove of Déolen, a little further west than that of Le Minou, which is chosen as the starting point. 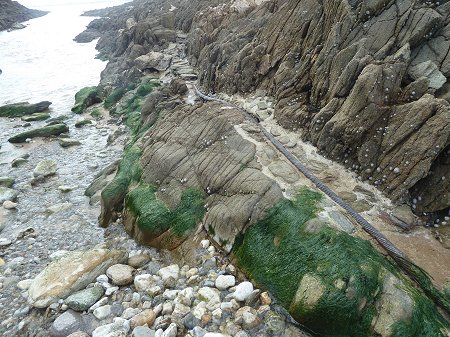 "Here we are in a land of legend. After having travelled through lands filled with chirping fountains and poetic shadows, we now find ourselves in the desert, on almost virgin soil, in the moor, with, in front of us, a steep cliff, cut into theatre scenery, and the sea roaring at the bottom. Landscape of open wind and sunlight. It's the desert of Déolen. Narrow paths suddenly descend to the bottom of a first ravine where a muddy stream flows that must be forded. On the other hand, the mountain is hard to climb, but once at the top, we will be compensated for our fatigue by the originality of the show. At our feet opens the creek of Déolen, shredded, carved in granite lace."

A Cable house received the communications. Mr. Sévère was the guardian. Our walker visited him.
« Mr. Sévère is not spoiled by the distractions of the neighborhood in Déolen. His hermitage is absolutely isolated; no vicinal path leads to it. Mr. Sévère cannot leave Déolen without crossing the desert. Winter is not always funny. » 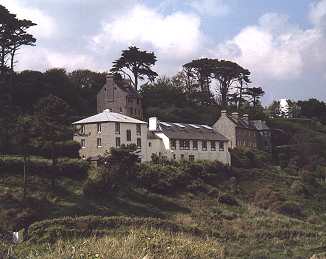 If there was no path, it was because the owners of the riverside property demanded an exorbitant price, thirty francs per square metre, for the Compagnie Française des Câbles Télégraphiques, the owner of the cable, to realize it.

But events will accelerate. In 1898, a third cable, 6000 km long, landed at Déolen, connecting the cove in one piece to Cape Cod. In the meantime, since 1870, the Pointe du Minou has also been connected to England via the Brignogan station with which it was connected by overhead cables. In 1880, a direct cable connected Déolen to Porthcurno, near Plymouth. In 1905, a link was established from Minou to Dakar, Senegal. In 1915, a German cable, recovered and diverted, linked Déolen to Dakar, via Casablanca, in Morocco. Then in 1919 another German cable, taken at war, coming from New York, via the Azores is diverted to Déolen. The technical relay of the Déolen station is becoming one of the strategic points of world telecommunications. About a hundred agents based in Brest ensure its operation.
A whole set of buildings was built in 1920, made of local granite, and fitted out in 1922.
In 1929, a violent earthquake near Newfoundland caused a huge wave of mud on the seabed that destroyed the 1879 Cape Cod cable. As the cost of repairs was too high, this cable was abandoned. 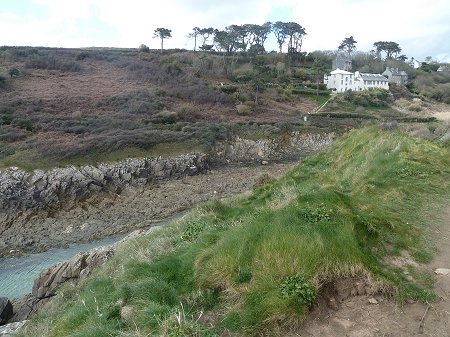 The station ceased to operate during the Second World War, but the Germans, thinking they would use it, did not destroy it. And thanks to the ingenuity of the then director, Edouard Bernard, the equipment could be largely safeguarded. Still for obvious strategic reasons, the Allies did not choose the station as a target for their bombardments. After the 5th Battalion of American Rangers seized it, it was reported that the direct cable to America had been diverted by the British without informing their allies.

From telegraph to a sanatorium.

The links with Africa were transferred from Minou to Déolen in 1945. After repairs, the link with England resumed in 1947, as did the link with the United States via the Azores. The Direct was not restored until 1952. A shack was added to the buildings in 1948 to serve as a school for the Post Office.
Déolen continued to operate until 1962. But on July 12 of the same year, the Pleumeur-Bodou space station received the first television images transmitted by the Telstar satellite. Other times, other technologies. However, more than the satellite, it was the telephone that condemned the telegraph. Submarine cables still had a bright future, but they were used for telephone instead of telegraph. The station of Déolen, which has become obsolete, could not be adjusted to the new technologies.

It is the south of the department which was chosen for a simple question of distance, 40 kilometers less towards the United States, and, still in 1962, was inaugurated the submarine telephone cable station of Penmarc'h. It is still in service, and the world's longest underwater cable, the 40,000 km Sea Me We 3, lands there.
As for the station of Déolen, which had been abandoned during a few years, it was taken over in 1987 by France Télécom. Several buildings were sold to private individuals. The main building was completely refurbished and transformed into a spacious children's holiday centre. Every Wednesday and during school holidays, he received the children of La Poste and France Télécom agents from the Brest conurbation. Today, it no longer houses a summer camp and no longer belongs to France Telecom.


1- The text on this page is based on an article by Jean-François DOUGUET published in October 2000 in issue 188 of the "Cahiers de l'Iroise". With the authorization of its author, it has been updated and illustrated thanks to the research and collaboration of the LOCMARIA-PATRIMOINE association, of Locmaria-Plouzané.

2- At the time, the world's largest ship, the Great Eastern, transformed into a cable ship and accompanied by several other ships, was used.

The association Locmaria-Patrimoine has published the book below
which tells in 76 pages the very complete story of this transoceanic adventure.
This book, with a limited edition, can be obtained directly from the association at
02 98 48 50 17. 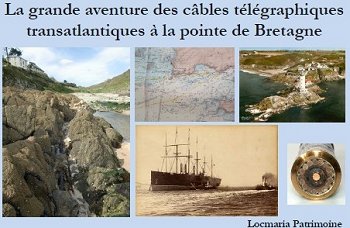 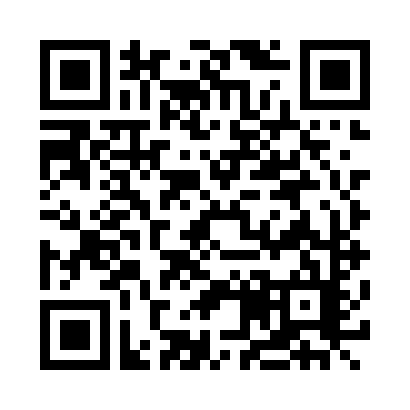