The ria of Le Conquet

Please keep dogs on a leash


When coming from St-Renan or Brest, the first glimpse that Le Conquet offers us at low tide, is a massive expanse of halophilic plants, that can thrive in brackish or salt water. The most well-known is Salicornia. This area, known as 'The Ria' is crisscrossed by a multitude of small streams winding compact clumps of vegetation. At high tide, this universe of flora disappears below the incoming sea to form a stunning inner harbour. 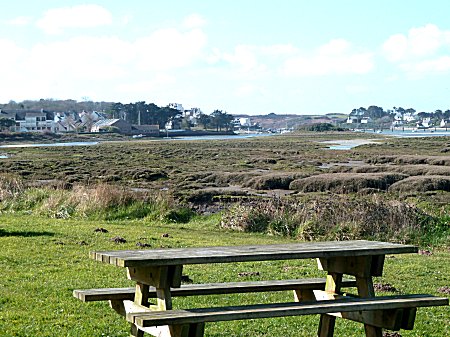 Access :   The site is visible just before arriving at Le Conquet from the east or north. Park on the right in the picnic area. 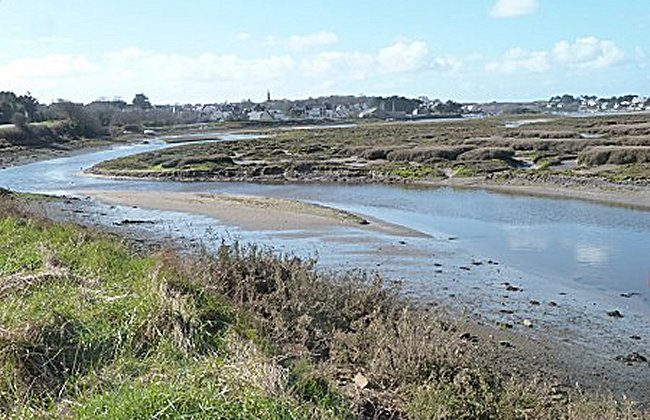 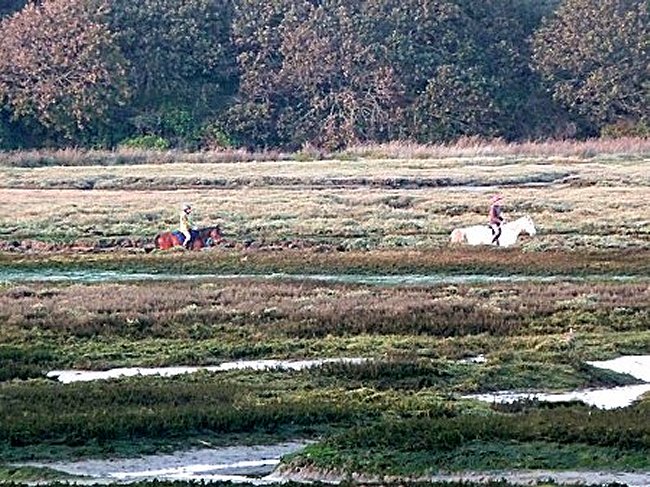 The place is a paradise for many species of birds that compete for their subsistence in water, sand or mud. The little egrets have settled there and perch in the pines to the north side. Shelducks come in flocks.
A family of mute swans was recently in residence. Observers had immense pleasure in taking pictures of the adult couple rearing their young ones. Sadly, the female died in April 2018, attacked by a dog that its owner had not seen fit to keep on a leash. From that day on, it was touching to see the lonely bird wandering aimlessly in the Ria... But six months later he found a new partner with whom he has been jealously watching over ever since. 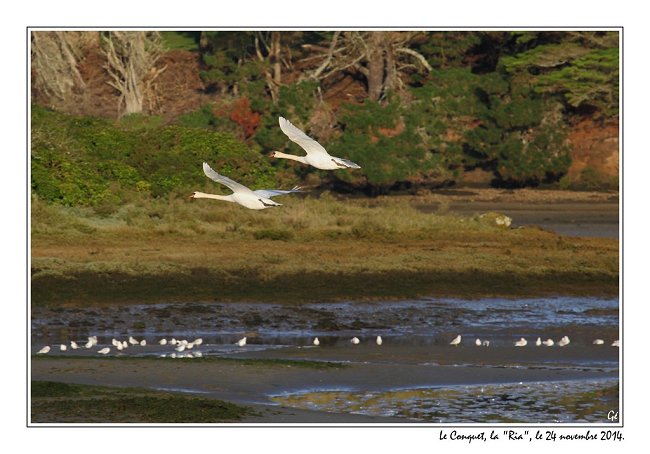 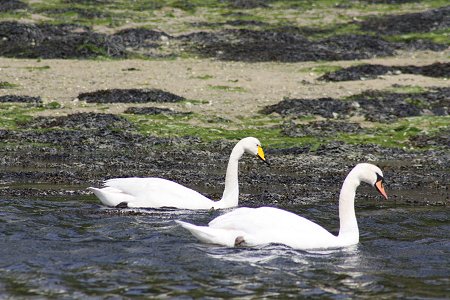 
It is also not uncommon to see a few curlews with long bent beaks and exceptionally a large white spatula, that is hungry for long hours of flight, landing in the Ria. 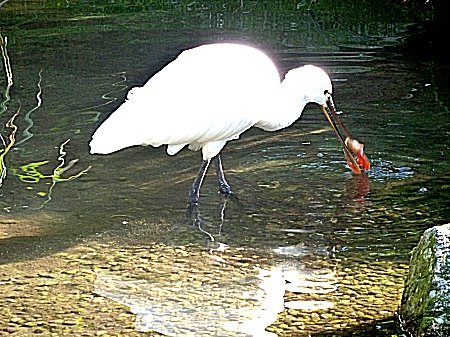 - Hungry? There's nothing wrong with that !
I'm flying home from Africa
and like you, I rest when going fishing

Most often, it is the small shorebirds, turnstones and sandpipers that give pleasure to the amateur ornithologists who come to observe them. 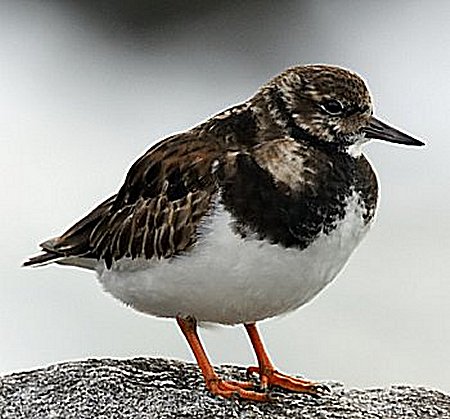 Turnstone in its winter attire.

The black-headed gull area can be spotted nearby, on the Kerjan lake, where the water is less salty. 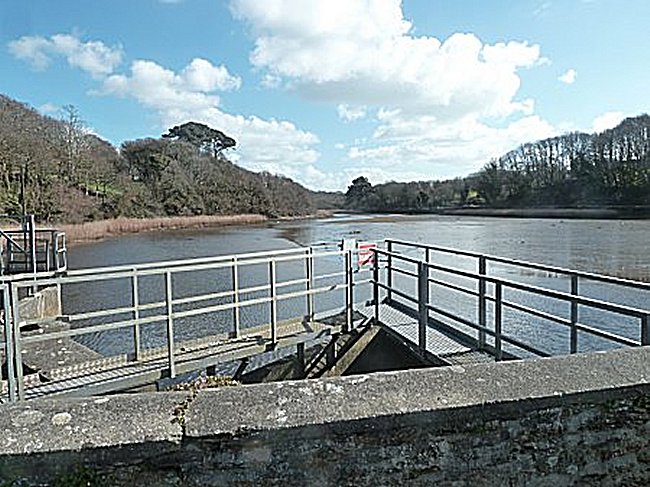 The floodgates and the Kerjan lake 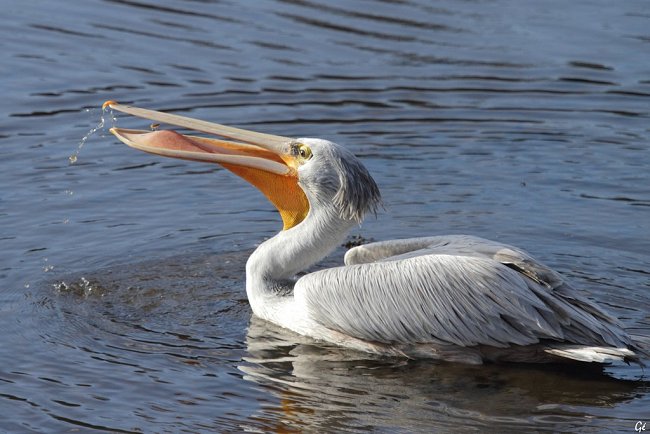 In March 2016, we could see this lost pelican on the Kerjan lake.
In fact, it had escaped from Branféré Zoo in the Morbihan,
to where it was returned.
© Photo Gérard Bosch

A second picnic and observation area of the Ria is located 200 m further towards the port. You can get there by car and park on the right near the lavoir. 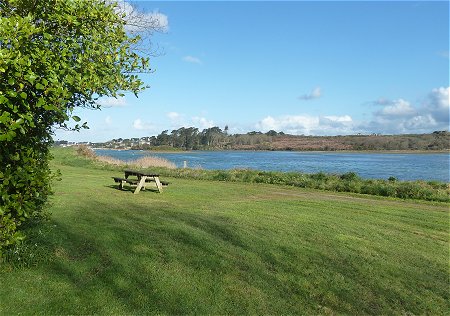 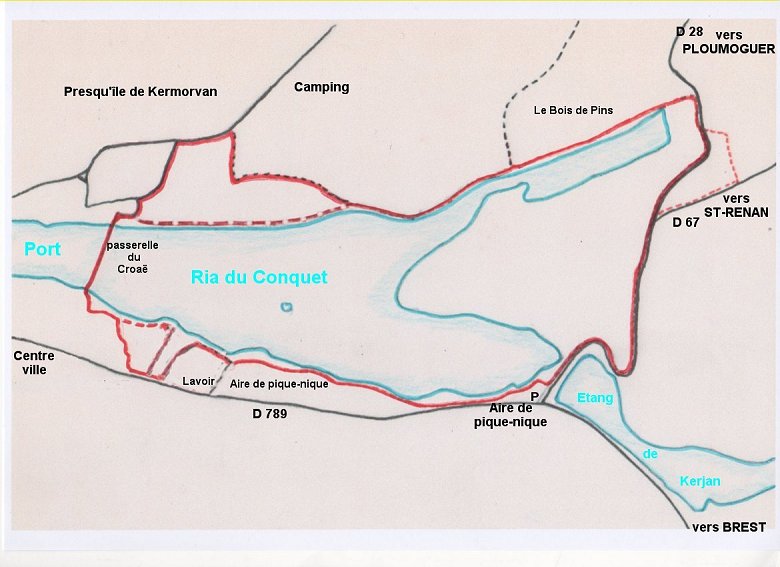 It is then possible to follow the edge of the Ria on foot to the port of Le Conquet. The path is not practicable everywhere when the tide is high. In which case, instead of following the red dotted line at the bottom of the map, return to the main road and take a narrow alleyway on the right leading directly to the bridge. 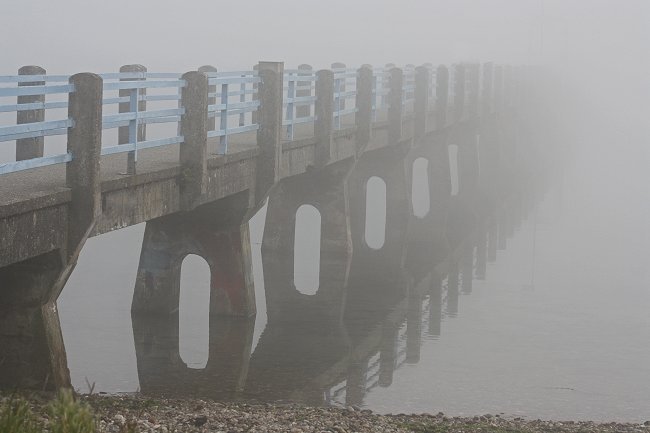 The boundary between the Ria and the inner harbour is located at the level of the Croaë footbridge linking the town to the Kermorvan peninsula and the Blancs Sablons beach. 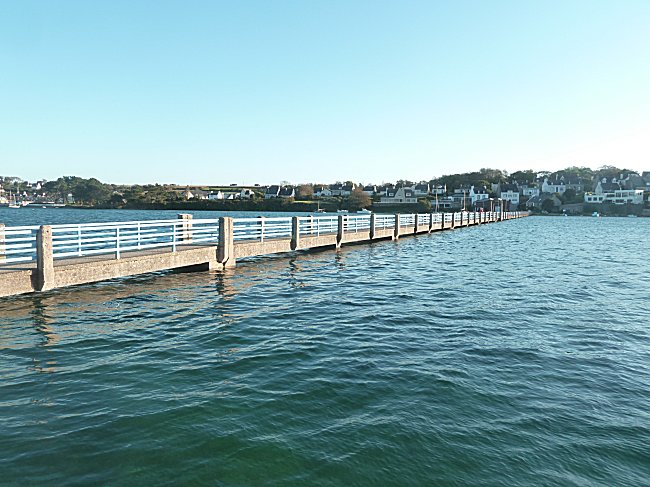 Along the footbridge, information hoardings about the Ria itself and the tidal principle have been attached to the railings. 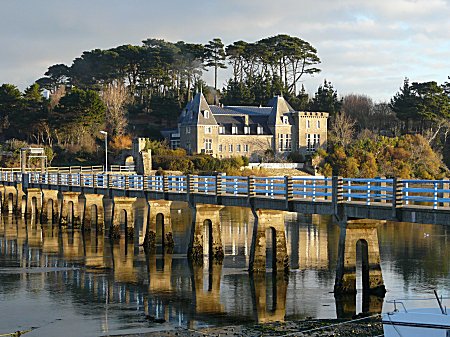 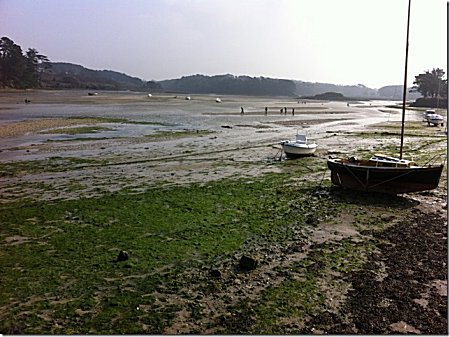 The Ria seen from the bridge © Photo Patrick Jaubert

At the other end of the footbridge, and if the tide is low ( see tide timetable at the top of this page ), you can go down to the bank at the foot of Cosquiès Castle and the Ria. 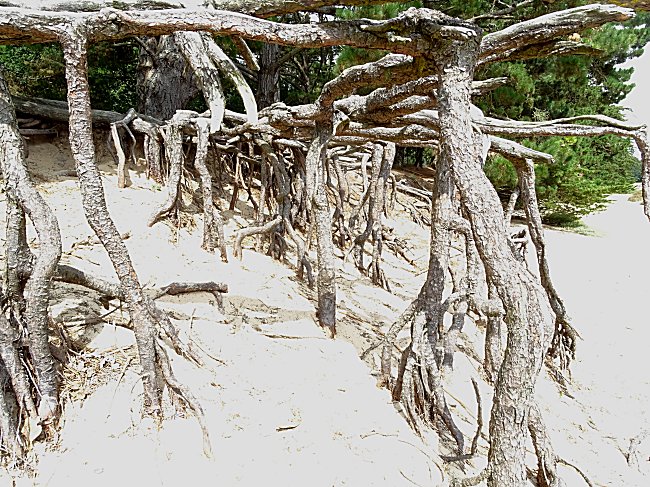 If the tide is high, it is necessary to make a detour up to the road and turn right then go down the first path on the right.   You then reach the Bois de Pins, nestled in the dunes, and end up on the road leading from Ploumoguer to Le Conquet. To reach the departure area, you can either cross the bridge and follow the road ( but this one is very dangerous for pedestrians because there are several blind bends and no aisles ), either go up the first path on the left after the bridge ( last line on the right with red dotted lines on the map ) and return to Le Conquet along the road to St-Renan. 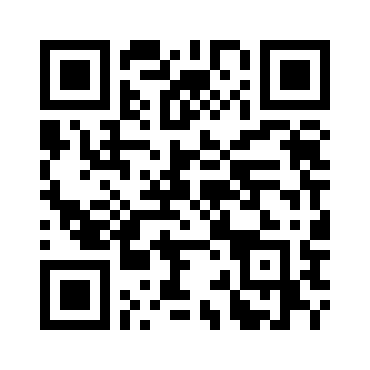