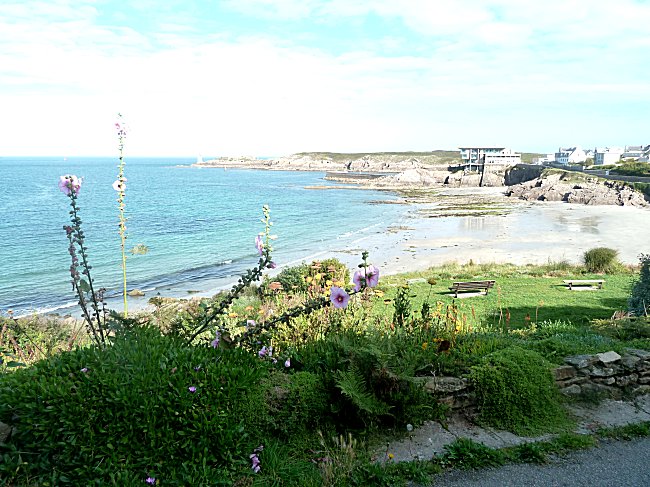 Access : Leave the centre of Le Conquet towards Pointe St-Mathieu and turn right towards Portez Beach. Park there and walk up the small road towards Pointe des Renards. Promenade Jean Hobé is a kind of small belvedere located halfway on the right. 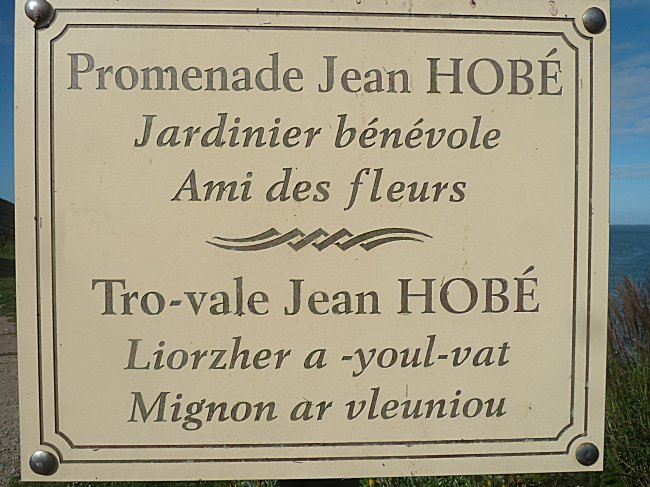 Perched on a flat part of the cliff, this walk is a stopover decorated with several flower beds and equipped with benches. Walkers come to rest and contemplate the landscape. 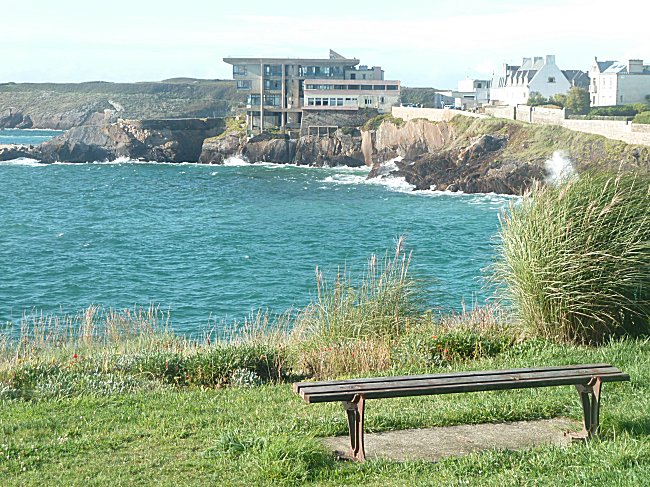 The small bay of Portez extends its beach to Pointe Ste-Barbe where a futuristic hotel stands. It marks the entrance to the port. In the background, the Kermorvan lighthouse is erected at the end of the headland of the same name. 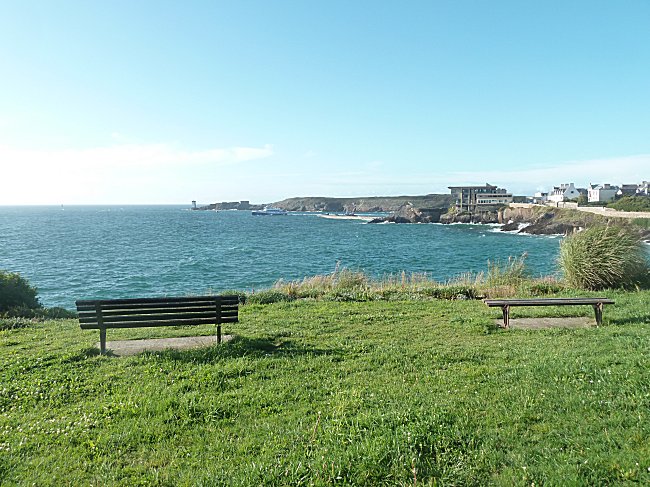 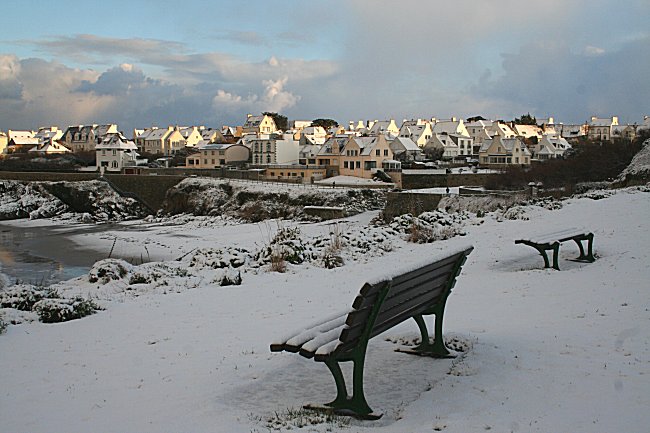 The place is pretty, even under a rare and ephemeral layer of snow.
This relaxation area was voluntarily planted for years by Jean Hobé, a modest employee of the Loperhet Air Traffic Control Centre, south of Brest. The son of farmers, and not content to take care of his own garden, he had taken a passion for this part of the coast, which he cleared the brush, flowered and maintained regularly until his death in 2010. 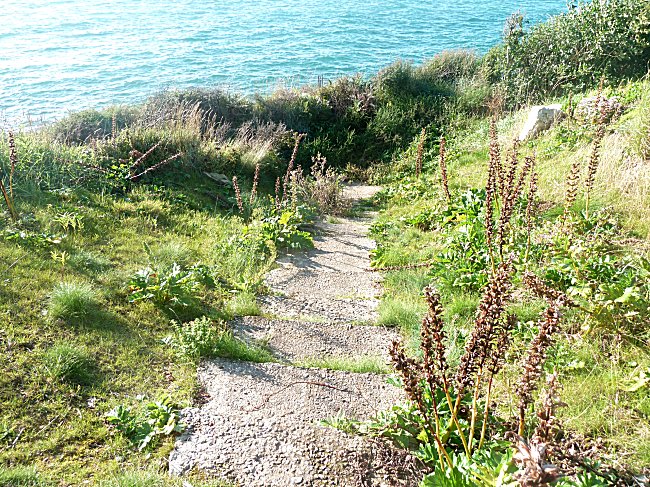 At the bottom of this space, a path leads down to the sea. It was used extensively at the end of the 19th and beginning of the 20th centuries by « water drinkers » who rushed to a spring located at the very bottom between the rocks of the cliff. Coastal springs were then in vogue and reputed to cure various ailments. Many people did not hesitate to book a room at the Hotel Ste-Barbe for a week or more and forced theirselves to come and drink at the source several times a day. The people of Brest filled here heavy eight-litre wooden crates that they took home with them and all these people taking the waters animated the beginnings of the seaside resort. 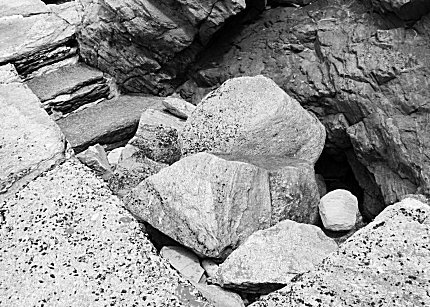 Photos Jean-Pierre Clochon1: The source in 2009 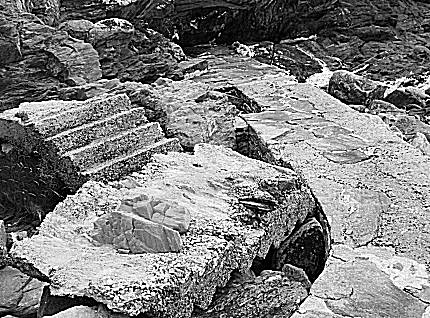 Ruins of the concrete staircase built by the Germans 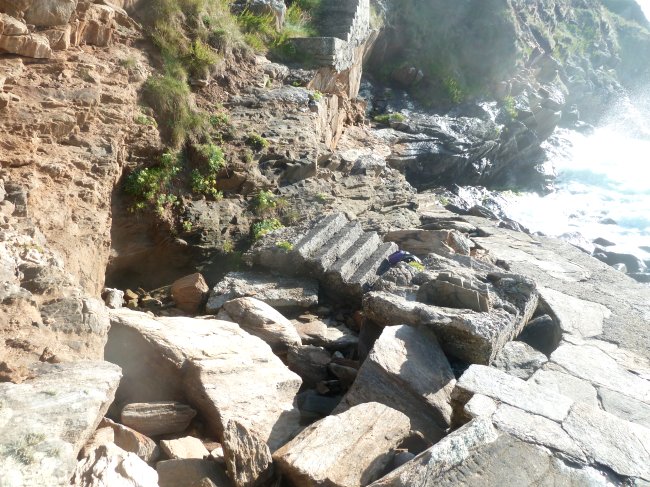 Since 1980, the source, declared non-potable following bacteriological analyses, has been abandoned. However, it still flows and represents for the municipality an important testimony of the Belle Epoque. The only example of this type in the Pays d'Iroise, it is an integral part of its heritage. 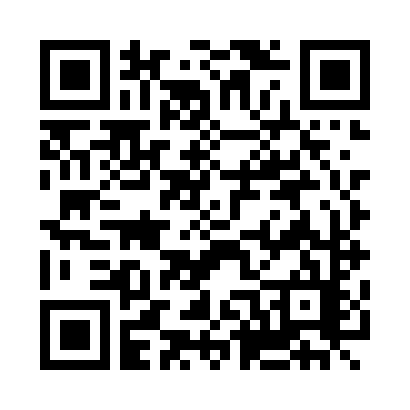