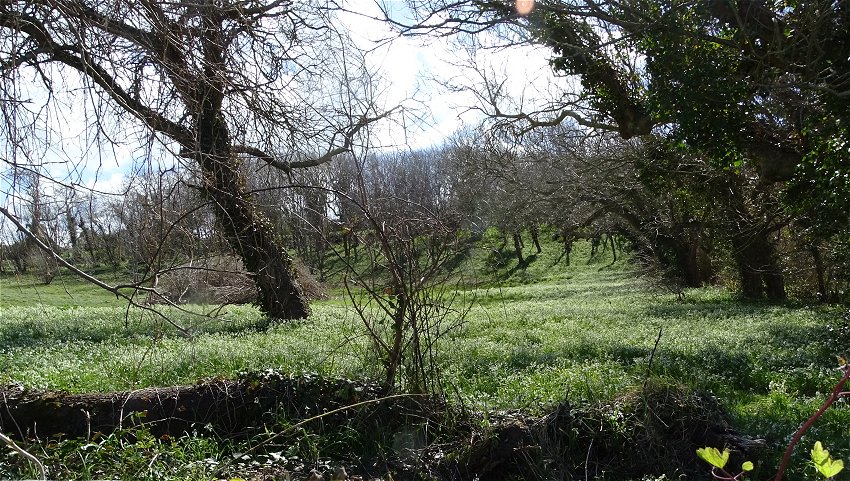 Spring hikes along the trails of the Pays d'Iroise are often invaded by a strong and characteristic garlic smell. There is no need to look for its origin, the plant is everywhere along the embankments. With its pretty little white bells, it forms very dense carpets and is particularly fond of soft floors. 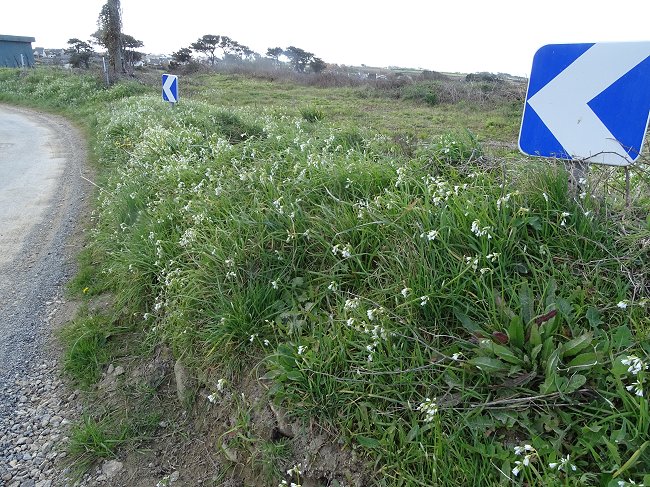 It is actually a Mediterranean plant, not at all Breton. Is it due to global warming? It has spread along the Breton coast over the past twenty years. There, as in her native region, it found mild winters and, in addition, humidity that it does not dislike. But it invades everything and takes the place of native species. 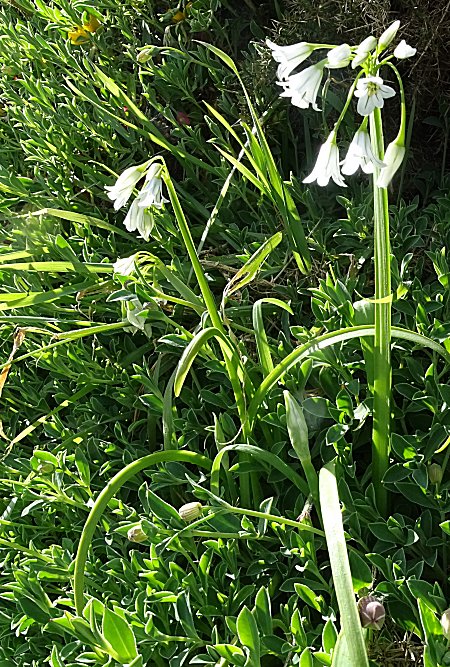 This plant is simply garlic. But unlike cultivated garlic or the wild species called bear garlic, it is characterized by the shape of its stem, which, when cut, shows a section with 3 angles at the origin of its name : the Latin triquetrum means triangular. 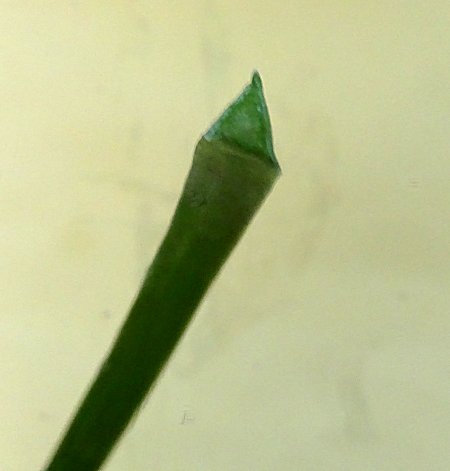 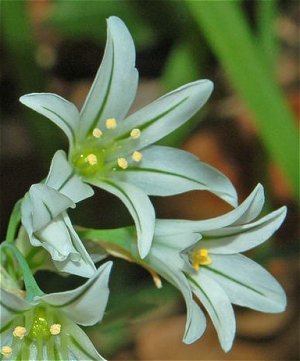 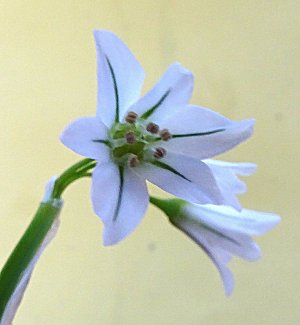 And like its cousins, cultivated garlic, bear garlic or leek, the plant is totally edible. Insects make no mistake about it and bees are often seen disappearing inside its bells. It can be picked to enhance dishes with a sweet and sour taste. Be careful, however, the plant along roadsides or paths is not always very clean and may have received animal droppings. Its main drawback is that it multiplies in close rows not only on slopes, but especially in meadows and lawns, much to the despair of gardeners. 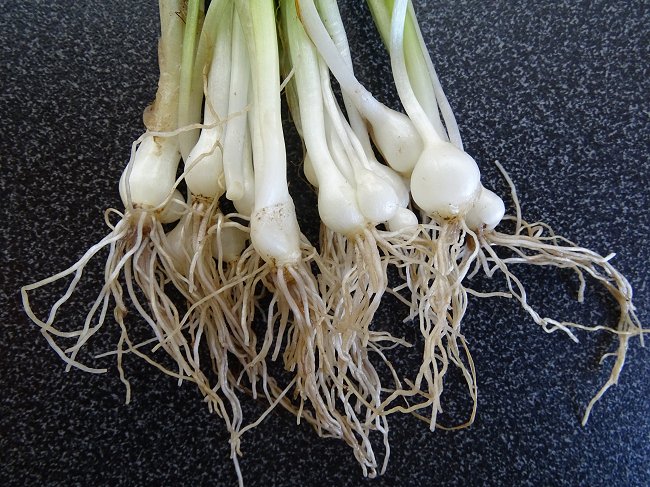 It is that the plant reproduces very quickly. Not only by the seeds that birds disperse, but especially by the division of its small bulbs that give rise to compact tufts of new plants whose bulbils will in turn divide to conquer their entire environment. 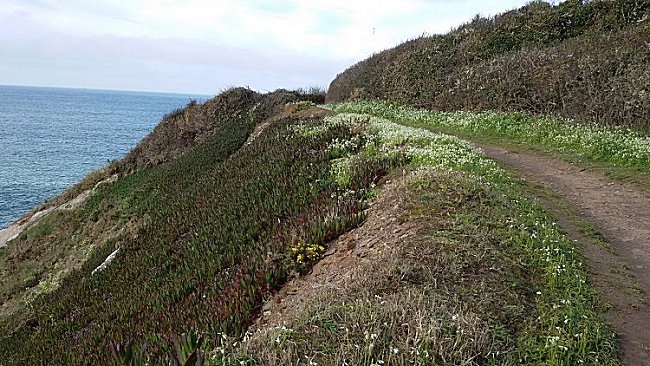 We even see it, along the coastal path, competing with the witch's claw,
other invasive plant, against which it has the advantage of number. 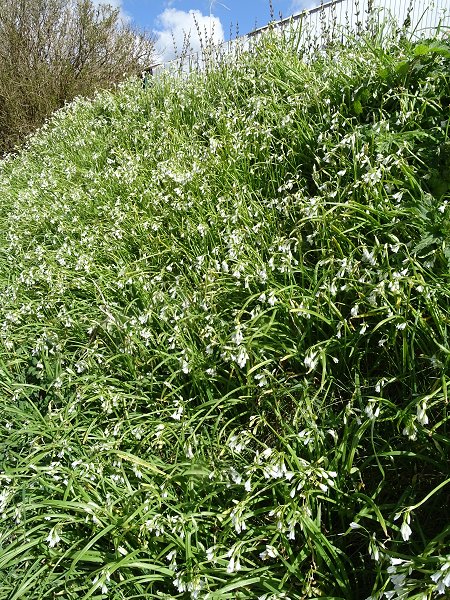 In the Pays d'Iroise, all gardeners will tell you that this plant is for them the number one enemy. It is not enough to cut it or put the mower through it : it will always grow back and even bloom several times a year. The pesticides don't reach his onions. The uprooting may leave them in the soil and if the uprooted plant is whole, it will continue to spread in the rubbish pile where it will be abandoned. It is better to incinerate it then.
The only way to get rid of it is to sift the soil and remove these small bulbs, as big as pearls, that will germinate next spring. A real titan's job ! 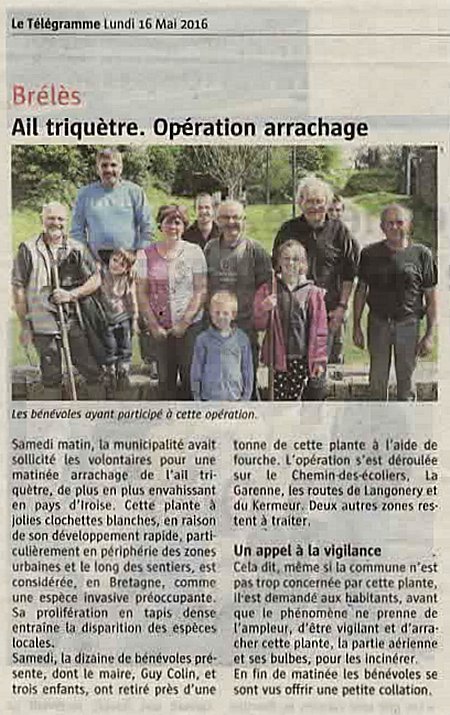 See also on the internet the website of the association « Cueillir » :   Cueillir 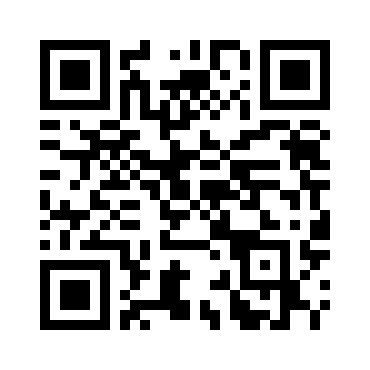