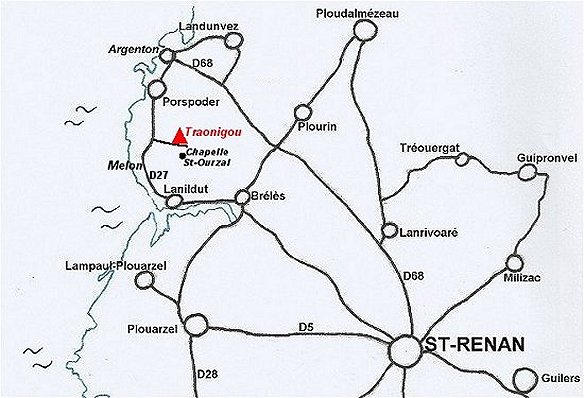 Access :   From the D27, leaving Lanildut on the road to Porspoder after Melon, and leaving the hamlet of Kervézennec, take the first little paved road to the right ( Traon Igou signs, St-Ourzal chapel). At about 1 km, along the left edge of this road, in the climb, stop at a blue sign "Menhir de Traonigou" and walk to the entrance of the field.
The first menhir, invisible from the road, is only about ten metres away, before this field entrance, in the left brush. If one crosses the slope, one reaches the second menhir, even more isolated in this fallow field. Depending on the season, it can be completely invaded by high ferns. 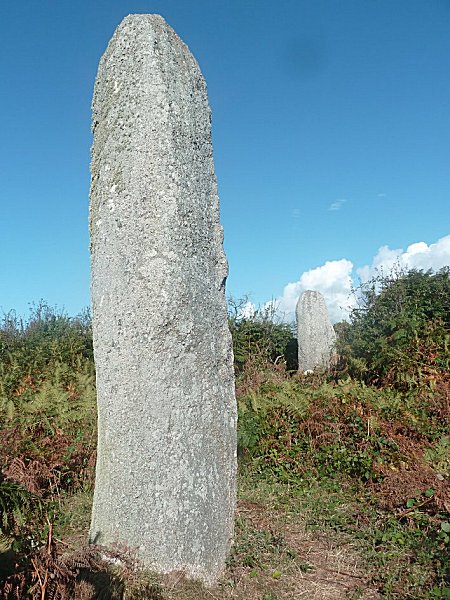 Both menhirs, seen from the other end of the field

Above, at the bottom of the photo, the first menhir accessed is located in a slope. 2.95 m high and 1.15 m wide, it is made of porphyroid granite from the Aber Ildut, whose characteristic pink inclusions are clearly visible. It shows a trace of Christianisation in the form of a cross engraved on a greyish enclave. 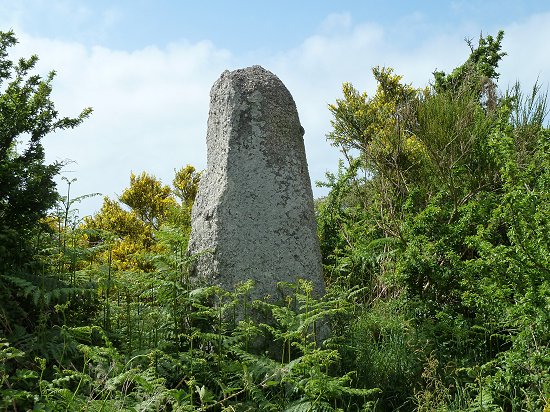 The first menhir.
Depending on the time of year,
stones can be completely isolated among ferns.

The second menhir, 4.15 m high with a width of 1.30 m and a thickness of about 1 m, appears more slender. Like the first, it is made of porphyroid granite of Aber Ildut that is poorly discerned under lichens. 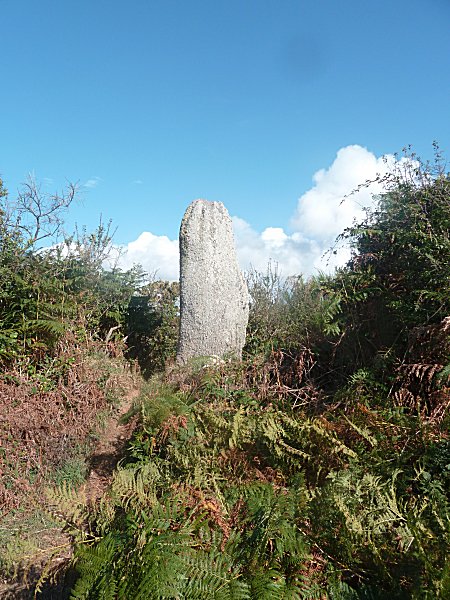 Both stones, rough cut, were not hammered.
The sketches made more than a century ago by the archaeologist Etienne Morel make it possible to evaluate the degradation that man never ceases to inflict on these monuments. 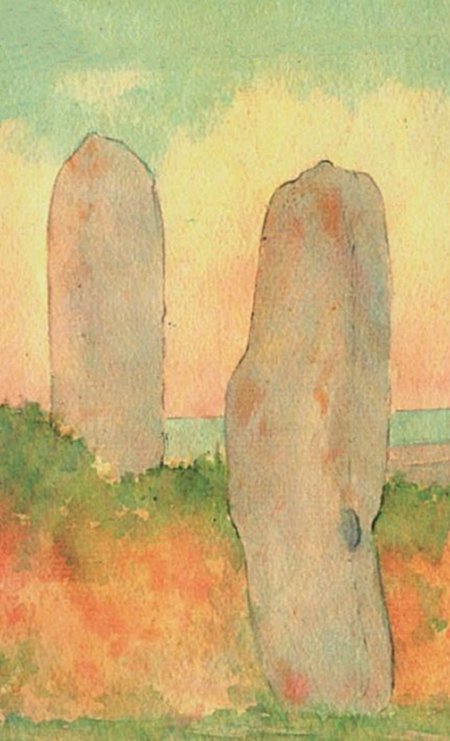 These two menhirs are the only survivors of a line of at least four stones, two of which were destroyed, one at the end of the 19th and the other at the beginning of the 20th century to constitute the embankment which borders the road. It is these destructions which motivated the classification as Historical Monuments of the menhirs still standing.
One of both missing was a stone lying between these two monuments. The fourth was located in the nearby field, served by the access road. 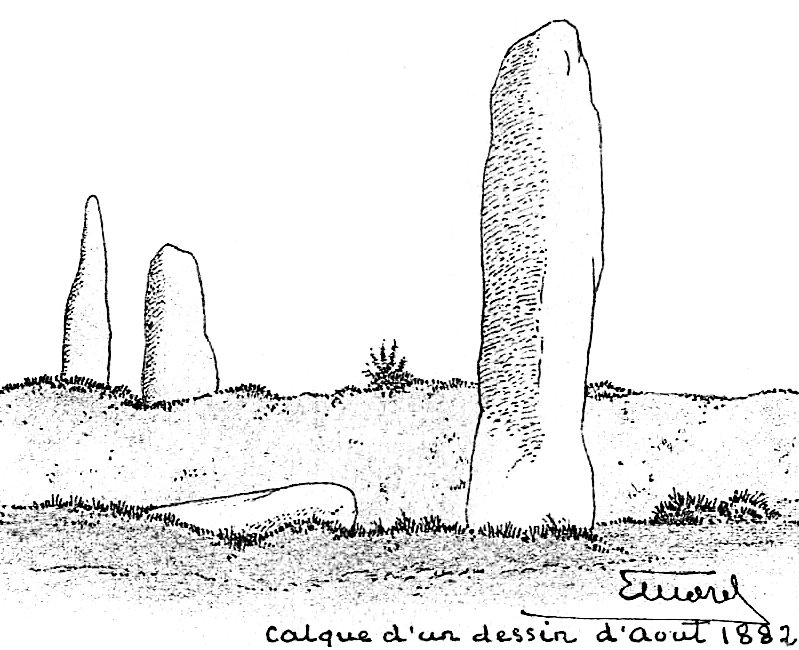 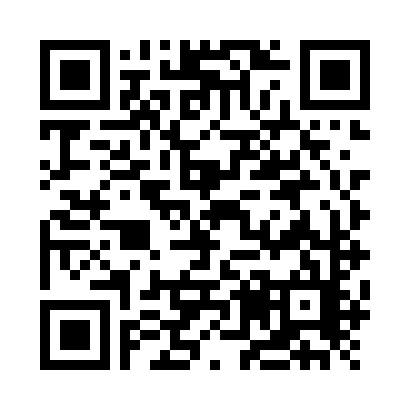