The municipality of Locmaria-Plouzané still possessed a real treasure a hundred years ago: two exceptional alignments of brilliant quartz blocks almost in line with each other.This superb set of albino menhirs more than 300 m long included about sixty stones that were still glowing with a thousand lights in the sun when an archaeologist, A. Devoir, counted them in 1912.
Several successive dismantling, in particular during the last reallocation, were right of what could have made Locmaria-Plouzané the Carnac of the Pays d'Iroise.
What is left of it today ?Not all the stones are gone.One is still in place, curiously protected from the human madness by a tree that clings vigorously to it.Others consolidate the slopes of neighbouring fields or adorn gardens.We invite you to visit these remains. 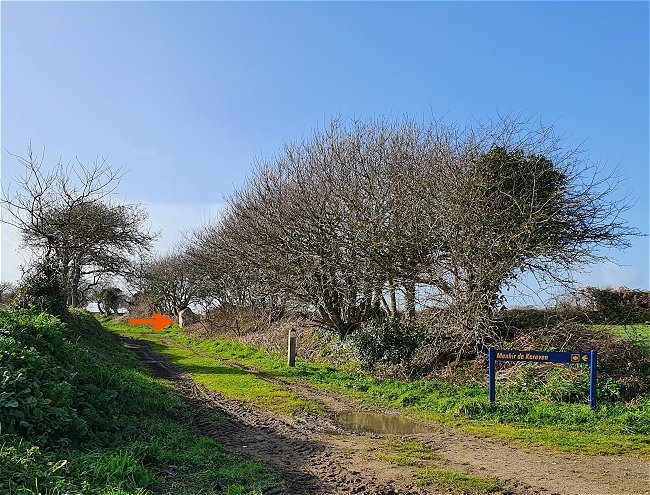 Access :   From Brest, from the D789 leading to Le Conquet, turn right at Kerfily towards Locmaria-Plouzané.After 2 km, at the stop sign, turn left onto the road that runs alongside a school and continue until you reach the last houses.Park there, by the road, just before a wide path on the right.
Then continue on foot on the small asphalt road, without exit, which starts opposite in the bend.Two hundred meters further, we see the menhir at the edge of a dirt path leading to the bend. 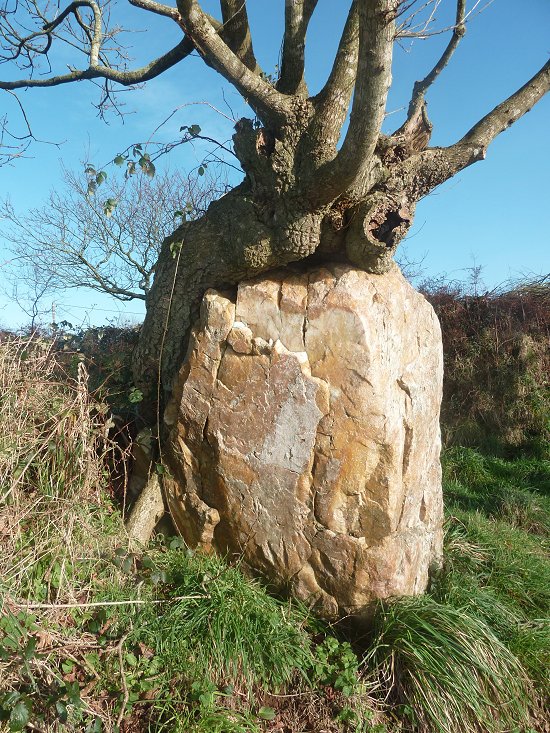 Its orangey-white colour, unusual for a menhir, immediately draws the eye.Quartz is not cut like granite.It's much more fragile.One imagines the work to detach it from a vein of cliff and drag it to this site.It is undoubtedly both its mass and its situation at the beginning of a slope to be preserved that removed it from destruction. 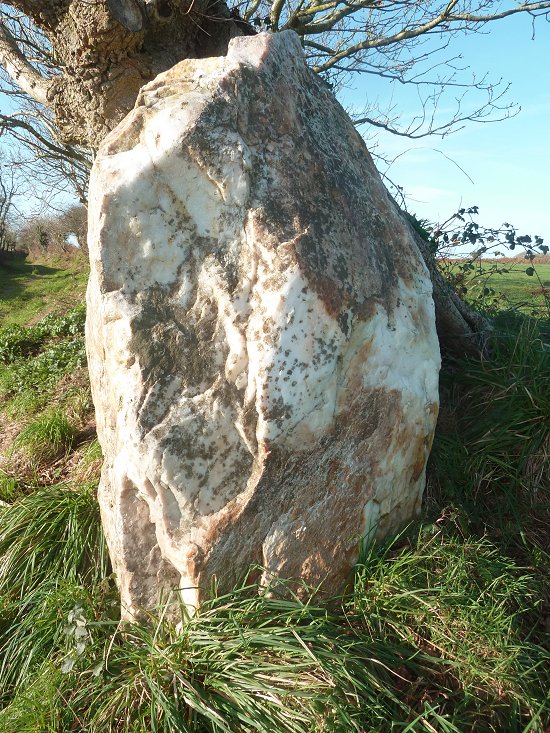 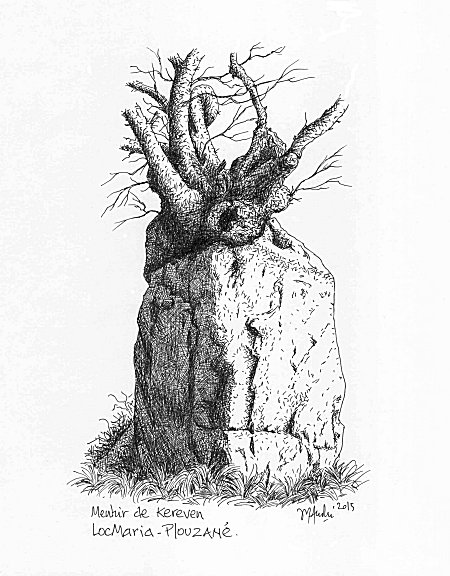 Accès :    Return to the parking lot and turn left onto the wide path. Two stones appear in the left slope, then several others at a field entrance and in the slope which borders it.

The second alignment was 65 m long. All the stones were quartz except the last one, composed of micaschist. 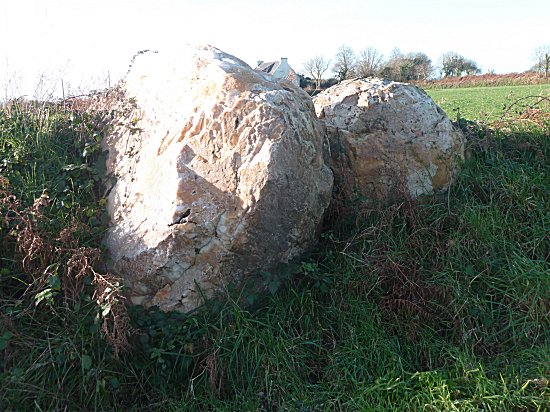 These superb stones were obviously not chosen at random. There was an obvious aesthetic desire in our distant ancestors that added to the way they placed them.
By extending this alignment on a map, we reach the present shore at Pointe St-Mathieu. 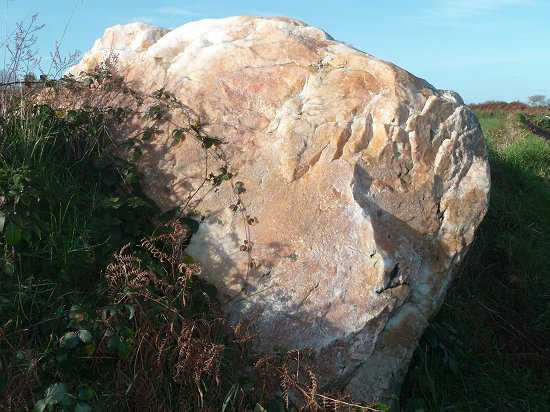 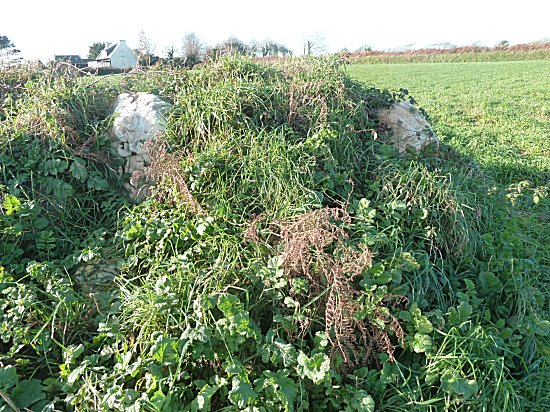 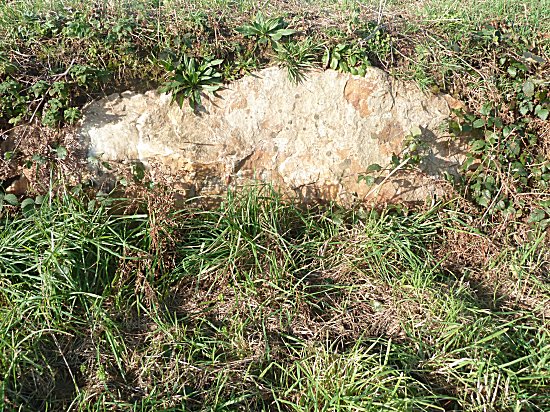 At the beginning of the last century : 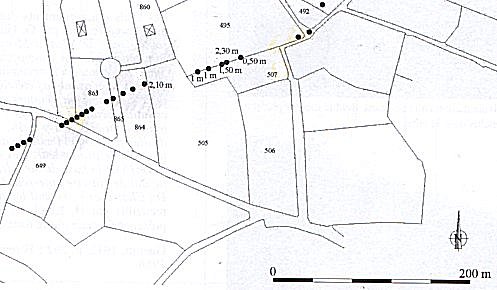 According to A. Devoir and E. Morel 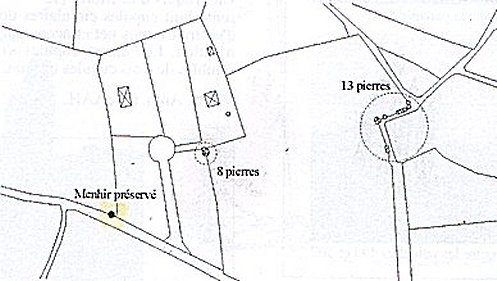 The legend of the piper :

"One day, a traveller, whom no one knew in Plouzané, went by the path from Goasmeur to St-Renan. Following it, he came to a merry group of dancers who laughed at him without him having done anything worth it.
God, for it was he, scattered them and turned them into stones.
One of these, which is set apart in a slope, is the piper." 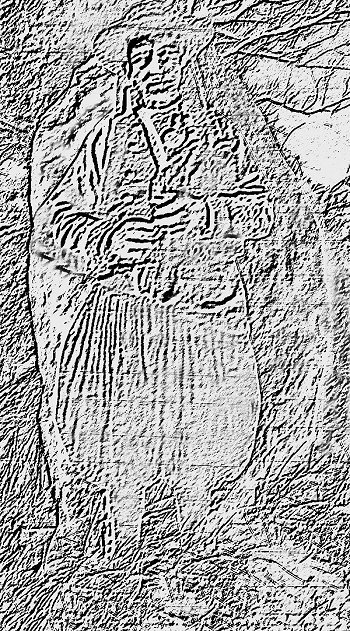 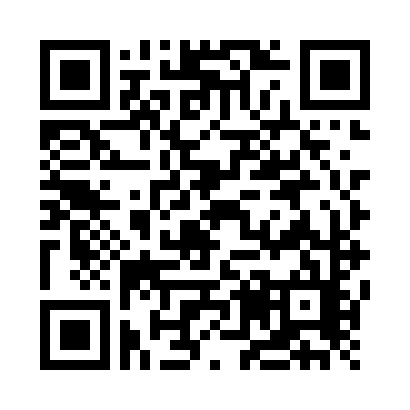