The engraved stele of the Cemetery of Saints

Access :    The Cemetery of Saints is an enclosure located at the foot of the church of Lanrivoaré. It can be reached through the communal cemetery from the large car park. It is near a tomb, in front of the enclosure, that the stele stands. 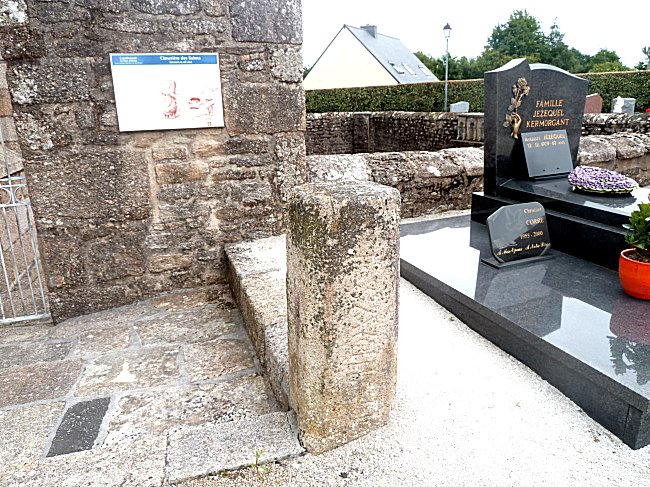 This small stele from the second Iron Age goes almost unnoticed. It has been placed at the end of a low wall separating the church from the cemetery area. It was not always at this location because the archaeologist Etienne Morel described it in 1924 as being located about a hundred metres away, at the village lavoir, along the road to Ploudalmézeau. Lying down, it was then used as a bench next to the pool. 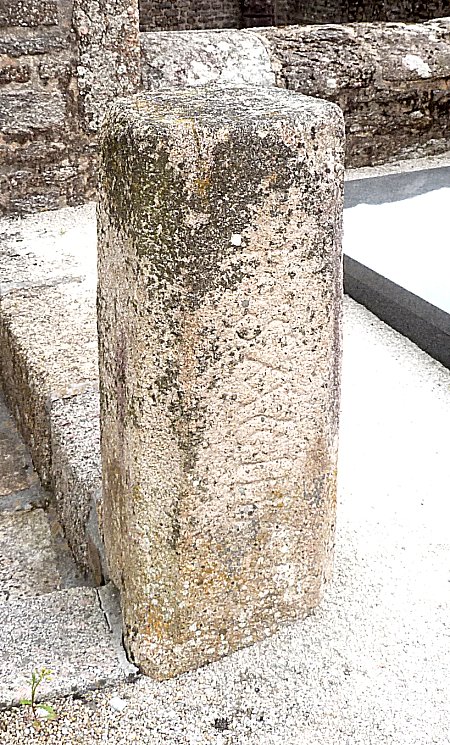 There is a vertical inscription on the stone.

With a height of 0.84 m above ground, for a section of 0.33 m, this granite stele from the Aber Ildut has several particularities :
- Its shape is only slightly pyramidal and its underground base, rough in size, only extends it by about forty centimetres. This base, which is not currently visible, proves that it was intended for a vertical position.
- With a square section at the beginning of the cutting, it saw its edges cut down to obtain four narrow sides 7 to 8 cm wide.
- The side facing the path has a cross followed by a very carefully engraved inscription from top to bottom, 65 cm long and 8 to 10 cm wide.

The inscription was the subject of a study by archaeologist Pierre-Roland GIOT 1 published in 1952 in volume LIX, part 2, of the "Annales de Bretagne". Through comparisons with the characters of several manuscripts preserved in Ireland and England, he formally identified the letters as early medieval Irish oncials used between the VIth and IXth centuries and whose reading is as follows :

The presence of the cross indicates that this Gallic stele was reused to designate a Christian burial site. The very shape of this cross with its equal branches was very widespread in the early Middle Ages and many other Breton epigraphic steles from that period bear witness to this.
The name is probably that of the deceased. But if the writing is Irish, the person's name is not Irish at all. It is rather Welsh and would literally mean, according to P-R. Giot, "servant of the stranger". Comparison of the oncials with others used in Wales and British Cornwall could trace the inscription back to the very beginning of the Carolingian era. ( Gildas Bernier, p.166).
It is likely that the burial site predates the Viking raids. We are obviously thinking of the landing in Armorica of the Breton-speaking peoples who were at the origin of historic Brittany. The deceased could be one of them or one of his or her close descendants.
The epigraphic stele of Lanrivoaré, whose presence was totally incongruous near the communal lavoir, has been therefore judiciously placed near the Cemetery of Saints, in the vertical position it already had when it was not yet engraved, a thousand years before its reuse during the Breton emigration. However, as with the vast majority of Gallic steles, it is not possible to know its true original location.
In any case, in the absence of megaliths, it is the oldest monument in the municipality and one of the most interesting testimonies of Breton emigration to the country of Iroise.


Thanks to Jean-Yves Eveillard, lecturer in ancient history at the University of Western Brittany and researcher at the CRBC, for his help, his expert advice and his loan of documents.

-1- Pierre-Roland GIOT (1919 - 2002) is considered to be the founder of modern Breton archaeology. He has written numerous books and articles and was curator of the Penmarc'h Museum of Prehistory. Its publication concerning the Lanrivoaré stele is available on the Internet : la stèle gravée de Lanrivoaré , p.218-220. 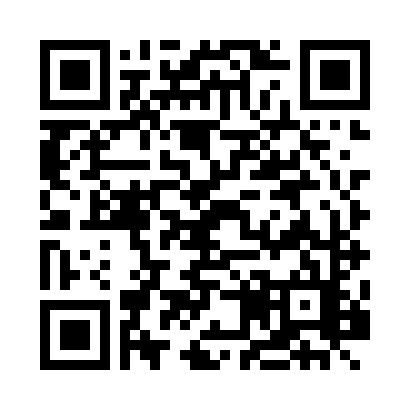