The stele of the Place du Général de Gaulle

Access :    When entering Ploudalmézeau on the D168, continue to the church and follow rue Henri de Provostic in the direction of Portsall. Then turn right on rue Joseph Lusven towards Le Conquet by the coast. Park in the main square. The stele is located on the edge of Lusven Street, near the corner of St. Joseph College. 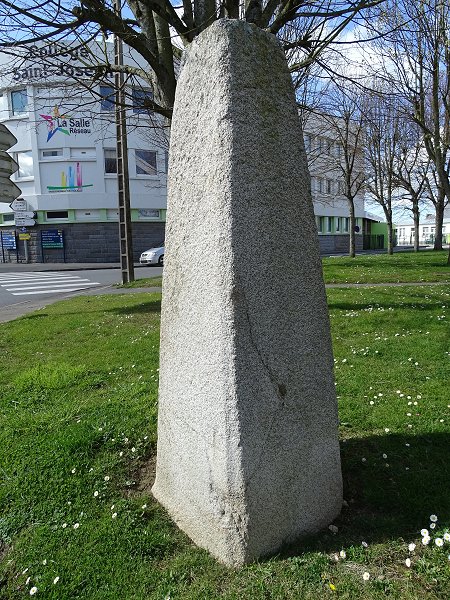 It is a beautiful stele nearly 2 m high, one of the highest in the Pays d'Iroise. As with many of them, its shape is a truncated pyramid whose sides have been cut off. It should be noted that these areas are particularly narrow and eroded. At its foot, the stele widens showing the beginning of its base.
The North and South faces are both 0.75 m wide at the base and 0.37 m at the top. The East and West faces, slightly smaller, are 0.60 m and 0.30 m at the same locations.
At the bottom of the south face, towards the street, there is an engraving indicating that this Gallic stele was Christianized. 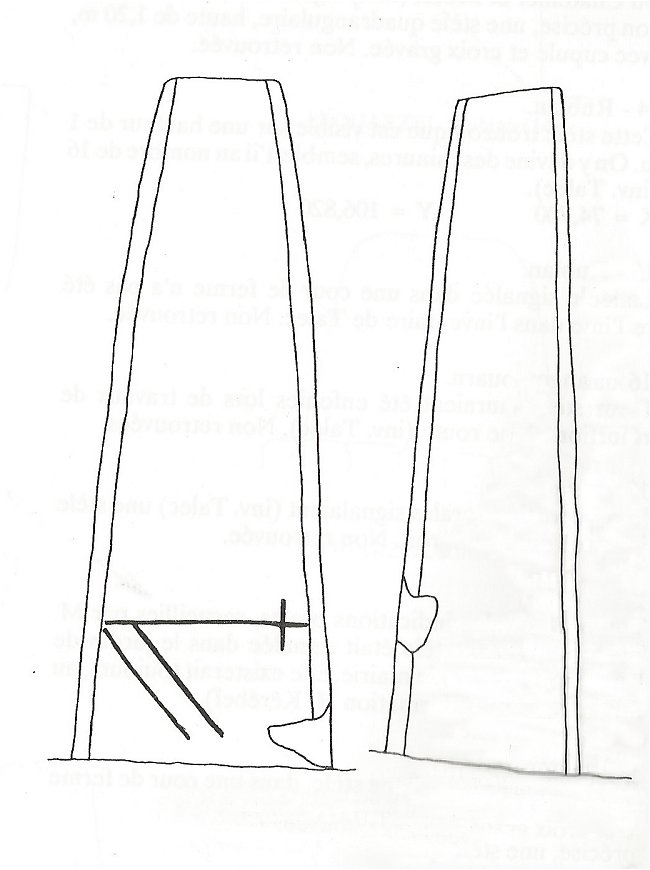 Two oblique lines are surmounted by another horizontal one. At the end of the latter is a cross with equal branches reminiscent of that of the stele from the Cemetery of Saints in Lanrivoaré. 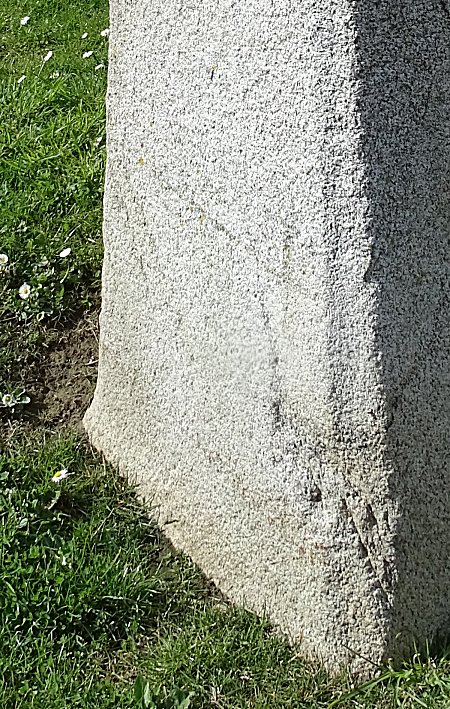 The cross only appears in the direction of light

It is likely that the engraving of this cross dates from the same period as that of Lanrivoaré, i.e. between the VIth and the IXth century. It could therefore be contemporary with the evangelization of Armorica that followed the landing of the Celtic populations from the British Isles.
This small discreet monument to our heritage would thus constitute a precious testimony to two important periods in our history, one 2500 years old and the other about 1400 years old. It therefore deserves to be particularly respected. 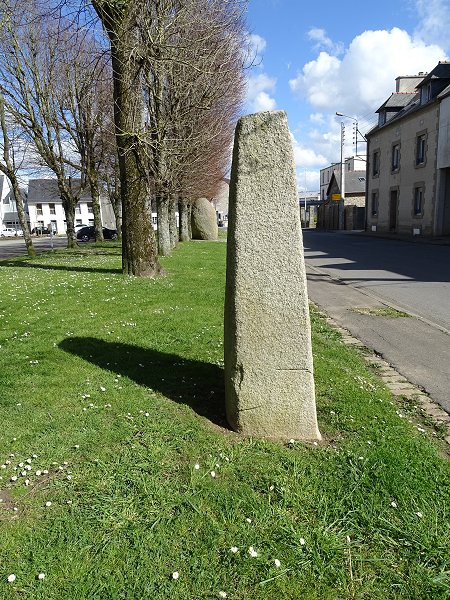 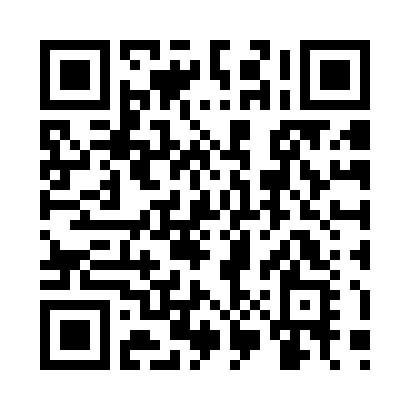