The peninsula of the Fishpond 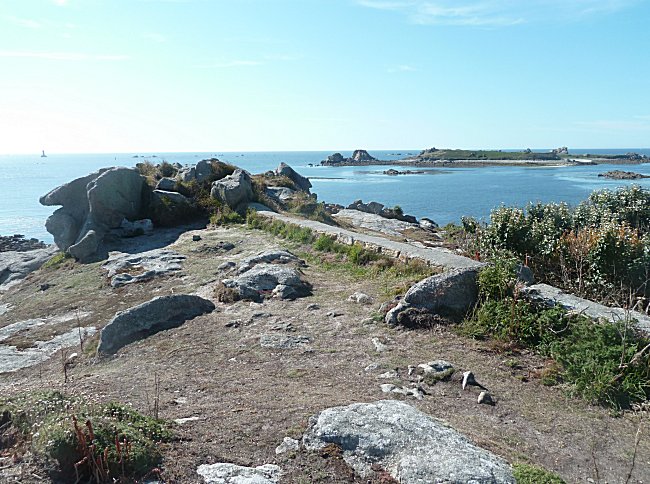 Access :   Leave St-Renan by the Ploudalmézeau road and continue straight to the sea. You arrive in Argenton, in the commune of Landunvez. The peninsula of the Fishpond borders the left bank of the port. To get there, turn left towards Porspoder and take the first road on the right. Park in the car park and discover the peninsula on foot. 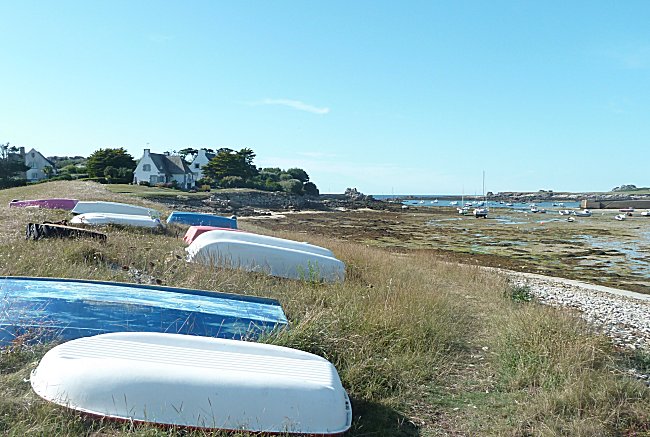 Argenton port and the houses of the Fishpond peninsula

This peninsula is made up of an old island that was naturally connected to the land by a tombolo1 covered with a dune cord. On the right, the pretty port of Argenton, completely uncovered at low tide, extends over a considerable area. On the left is the large fine sandy beach of Porspoder, which is closed by the St. Lawrence peninsula.
Beautiful properties occupy almost the entire area and it is necessary to follow small paths to discover the well hidden charms of this site. 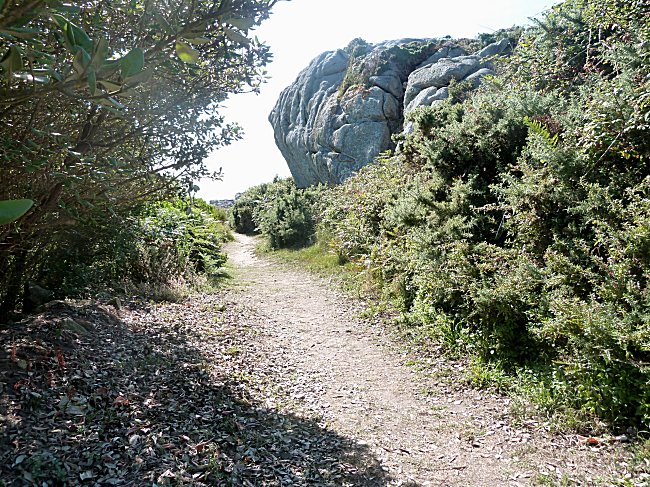 The road splits in two. At the end of the left lane is the gate of the Ifremer station, whose fishpond gave its name to the entire peninsula. A path on the right leads the visitor to the highest point. The top of the peninsula is unfortunately inaccessible to the disabled because of the rocks that outcrop in the path. However, it offers a magnificent view. On the far left, Porspoder aligns its houses behind the beach. 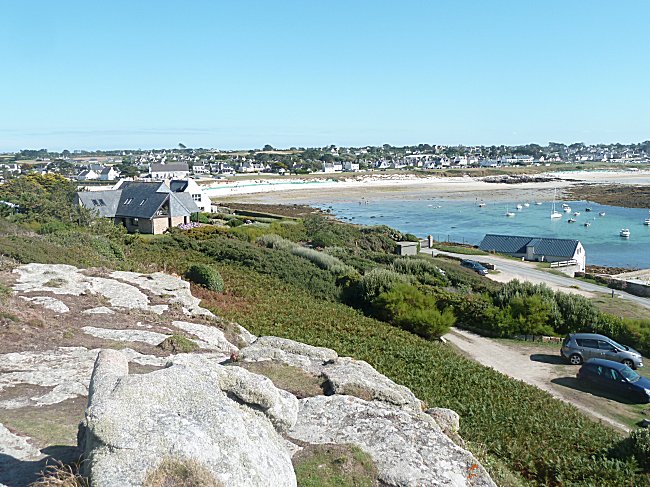 Then it's the fishpond of Ifremer's station. It opens onto the port of Porspoder and faces the protected site of the St. Lawrence Peninsula. 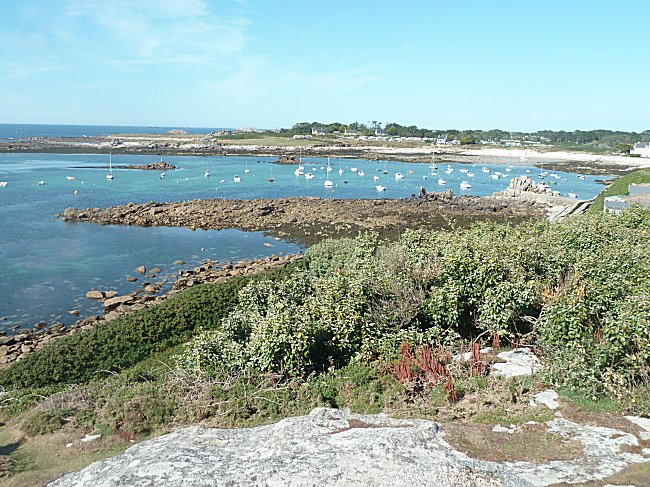 To the right, towards north, it is the fore-port of Argenton and the tip of Beg ar Garo
which announces the magnificent wild coast of Landunvez.

Facing the point and extending the peninsula offshore, it is the island of Yoc'h, uninhabited and a natural reserve of the S.E.P.N.B. 2   It can only be reached on foot during the lowest tides and with great care. It is better to take advantage of the guided tours organised by the Tourist Office than to take them alone. On this ancient cape of the continent there are still remains of the Neolithic and the Iron age. 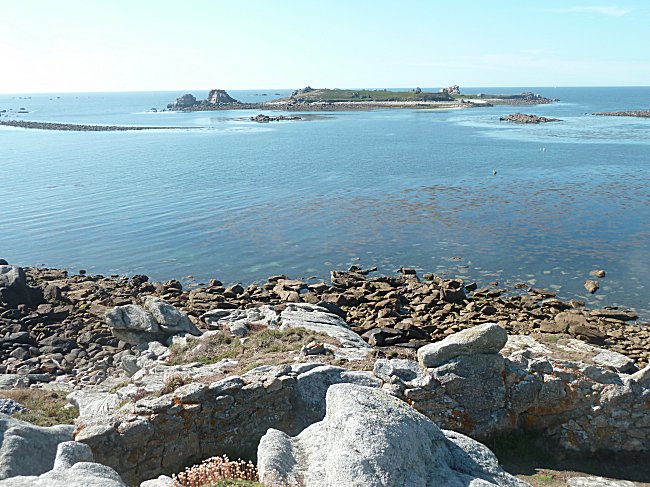 On a sunny day, the view is superb over the Argenton Rocks that dot the ocean. Other large boulders emerge from the vegetation behind the visitor. This chaos of stone takes on rather surprising forms. 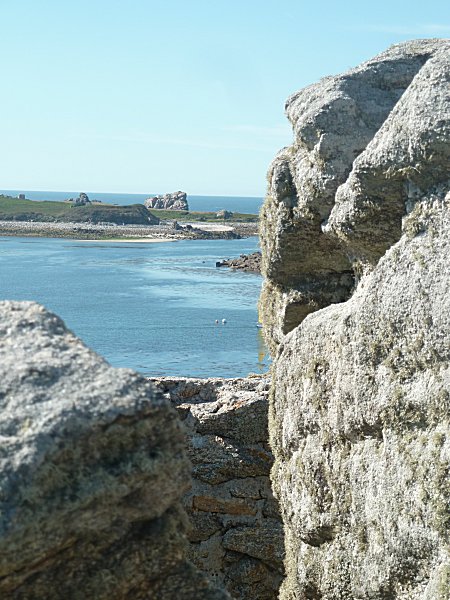 You will return to the car park keeping the memory of these landscapes, but also, in the summer, the Mediterranean scents exhaled by all the surprising plantations of this small part of the world preserved from the onslaught of the offshore wind.

-1- When an island is close to the coast, the waves and sea currents that surround it pile up pebbles that gradually connect the island to the continent. The tombolo is this cordon of pebbles and sand.

-2- Society for the Study and Protection of Nature in Brittany. 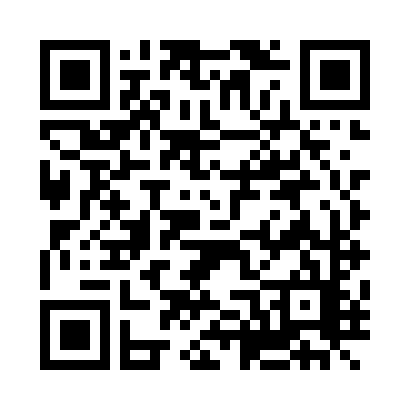