Open only during Pardon and animations 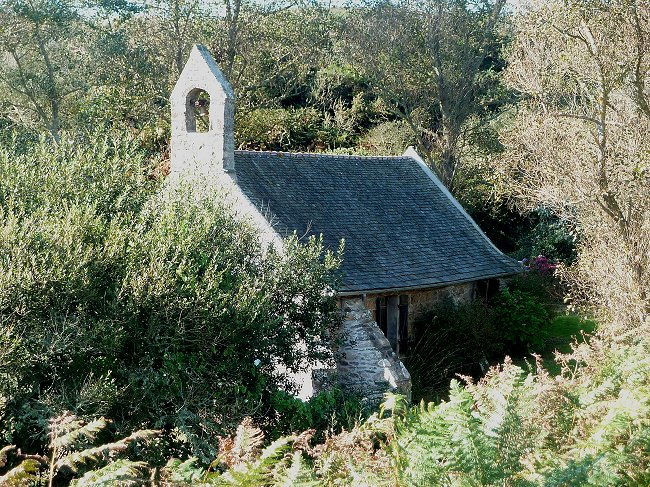 Access : In the village of Ploumoguer, at the roundabout of the exit towards Plouarzel, turn left towards Kerhornou. Continue straight to the sea and park at the beach car park. Then walk along the coastal path that extends the road to the south. The chapel is 500m away.
From the car park, you can also drive back to Ploumoguer and take the first road on the right. After 300m turn right again ("Chapelle de Locmeven" sign) and continue until you reach the parking area. The left path goes down to the sea. After 200m, it joins the coastal path which, on the right, leads to the chapel. 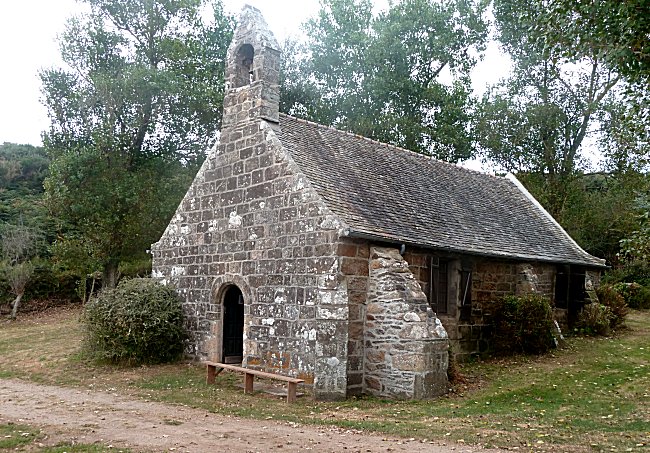 Completely isolated, almost on the edge of the shore, this pretty little chapel owes its existence, according to legend, to a shipwreck that would have taken place opposite in the XIth century. Sailors from an English or Irish ship could have miraculously reached the nearby cove despite the storm as their ship sank. The captain would then have vowed to build a chapel on the coast at Saint Méen and from then he lived in a nearby farm. As always, no historical document corroborates this legend. But it's plausible.
Another reason may have been behind this construction. Saint Méen, "Sant Meven" in Breton, would be a Welsh monk of the VIth century, contemporary of Saint Samson and venerated in several places of Brittany, but also in Anjou as well as in Rouergue. It is attributed the power to make springs gush out whose water would cure skin diseases. However a fountain does exist in this valley just in front of the chapel's entrance. And even today, this water is still used to cure scabies and other dermatoses.

A chapel whose construction date is unknown was in ruins at this site at the time of the Revolution. It was bought and rebuilt in 1812 by a private individual named Yves Gléau. His initials appear above the entrance gate. In 1982 a restoration of the building took place which gave it its current appearance.

Inside, one is struck by the sobriety of the building. Only a few statues adorn the walls. 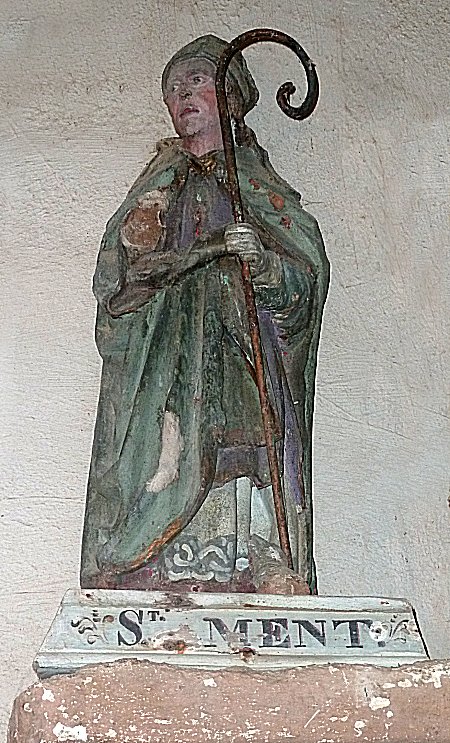 Dressed in a mitre and holding his bishop's crook,
Saint Méen is the patron saint of the chapel.

The surroundings of the chapel are carefully maintained by an association of volunteers who want to leave the visitor with the memory of a beautiful element of heritage in a green setting. 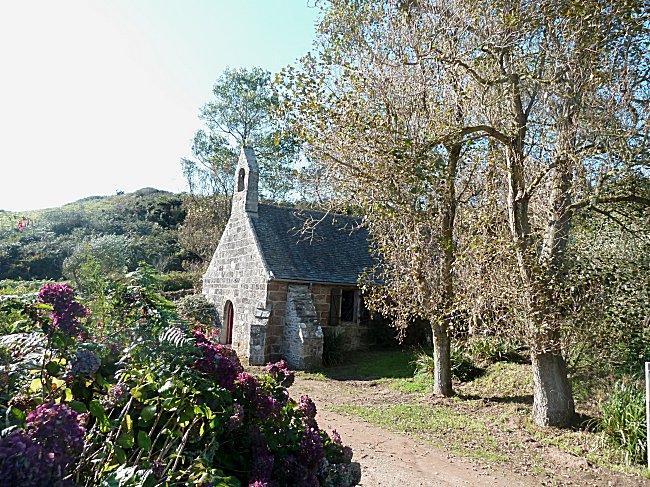 If you continue 500 m south on the coastal path, you will arrive at two interesting places described on our website:
The first, in Porstheven, is the emplacement of a "davied" and old houses of seaweed pickers.
The davieds

The second, which is accessed at the bottom of the path through a chicane, is an important geological fault that can be discovered in the cliff at low tide and marks the origin of the Atlantic Ocean.
The Brenterc'h fault

In "Légendes du canton de St-Renan et Plouzané", Mikael Madeg recounts that this breakthrough in the cliff, the only one allowing communication with the shore, was very popular with sailors at the end of the 19th century. Indeed, just above, in the moor, there was an isolated house, known as the Breton ar vordel, run by two sisters known to be very welcoming. Haggling their charms, they attracted not only seaweed pickers, but also fishermen and sailors who did not hesitate to drop anchor nearby. A white flag flying from the top of a mast in front of the house and visible from the sea indicated the availability of these ladies. It is even said that the annual religious festival of the chapel was suppressed for a few years in order not to favour certain extra-marital relations on the occasion of the ceremony. 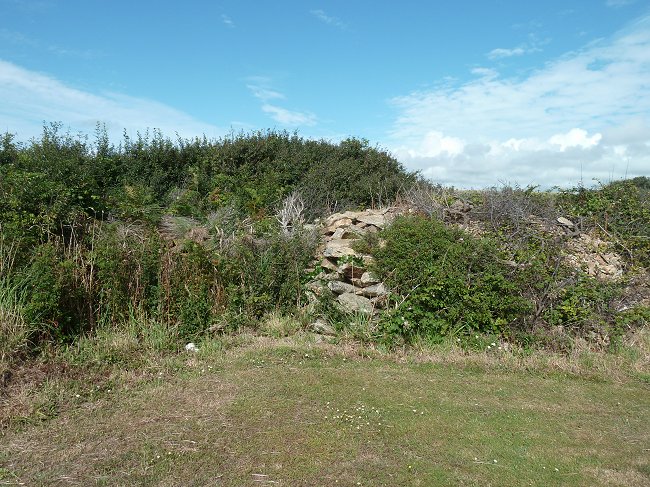 What remains today of the house ar vordel 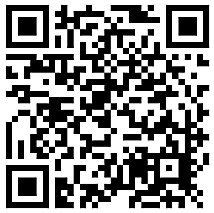