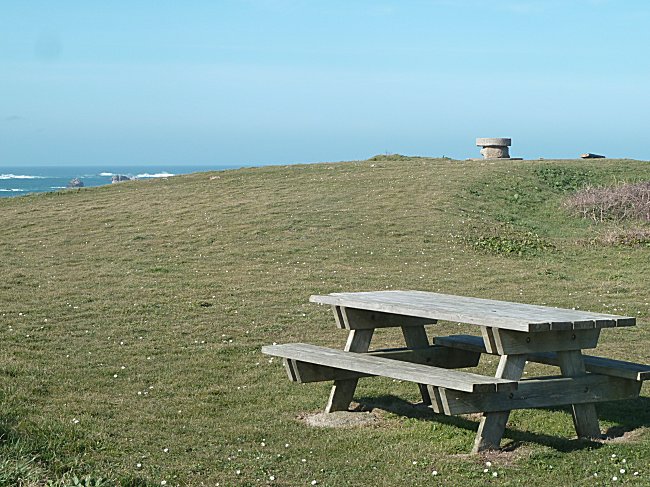 It is an orientation table that has already been in existence for a quarter of a century. It was built on the headland of Gard'Sign (or Garchine) in order to offer walkers a 180° view of the sea. 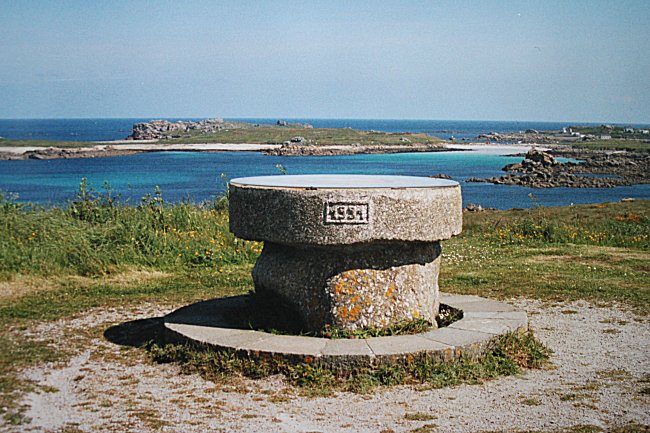 Access : In the village of Porspoder, pass between the church and the pub « Chez Arzel », then turn left and follow the road to Gard'Sign. After 700 m, turn right onto the path that runs alongside the grounds of the French Navy, which can be recognised by its 34 m high observation tower, and park after the picnic table. 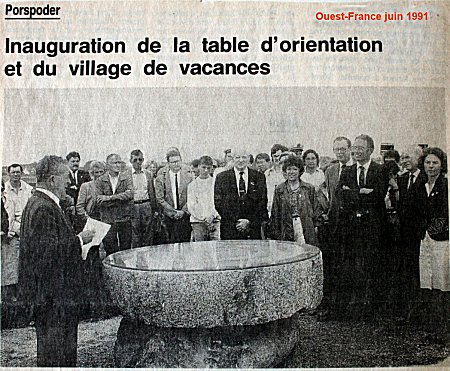 The inauguration, in 1991, by former mayor Charles Pavot.

This draft orientation table was unanimously approved by all elected officials.
An enormous granite slab of the Aber Ildut from the former Calès quarry was first donated by Mrs Rosalie Léaustic and entrusted to Claude Conq, stonemason in Brélès. The orientation table was designed by the painter Anne Cadiou. Her work was enamelled by Philippe Lalys on Volvic lava not frozenable 1 at the Henriot faience factory in Quimper. The installation was carried out by Louis Provost, Porspoder's first assistant, in a traditional way using a tripod saw-horse. 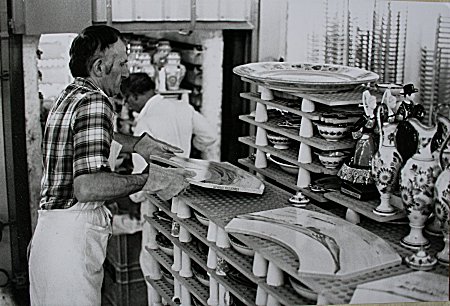 Enamelled plates coming out of the oven at Henriot's.
© Photo Jean-Charles Huitorel 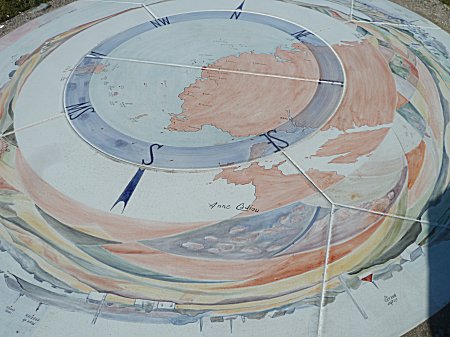 From this location, the southern shore of the peninsula named St. Laurent can be easily distinguished. Further on, the Argenton Rocks appear most often crowned with foam and the lighthouse of the Four signals the dangerous presence of its reefs. Using binoculars, you can observe in detail the islands of the Molène archipelago. Ushant, facing west, is the highest. You can recognize the headland of the Stiff and its lighthouse overlooking the port where the landing stage for the continent is located. The Kéréon lighthouse, a little further south, marks the passage of the Fromveur. Then, always further south, it is successively the islands of Bannec, Balanec and Molène. Finally Trielen, Quéménès, Litiry and Beniguet complete this string of islands in the distance, which is aligned in the direction of Pointe St-Mathieu and is part of the Parc Régional d'Armorique. 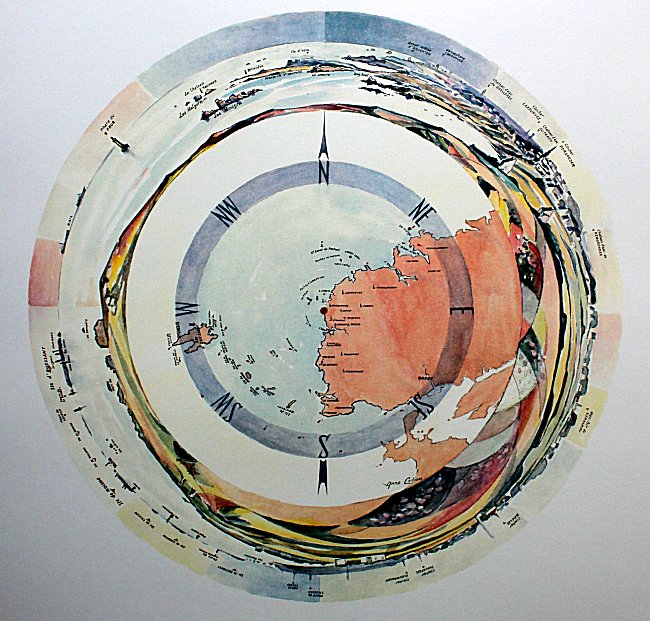 The view does not only extend to the sea. On the land side, you discover how the pretty village of Porspoder developed at the bottom of a cove on the coast. 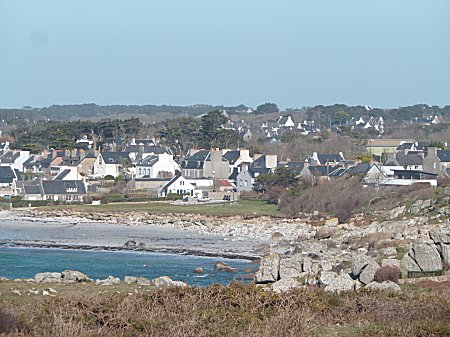 And if you have a good view, you may discover in the distance the menhir of Kergadiou, one of the highest megaliths in the Pays d'Iroise.

-1- The adjective « gélif, gélive » means frost-sensitive. A stone that is not frozen cannot burst because of the cold. 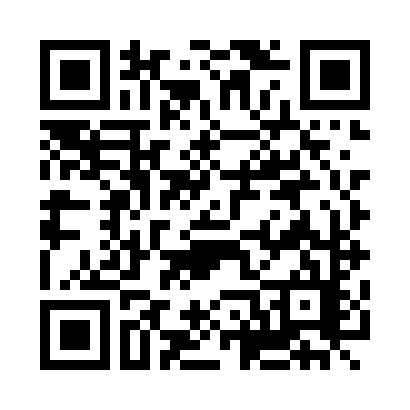