It is a very recent orientation table, created by the Community of Municipalities at the extreme headland of mainland France in order to offer walkers an exceptional view of the sea, covering more than 180°. 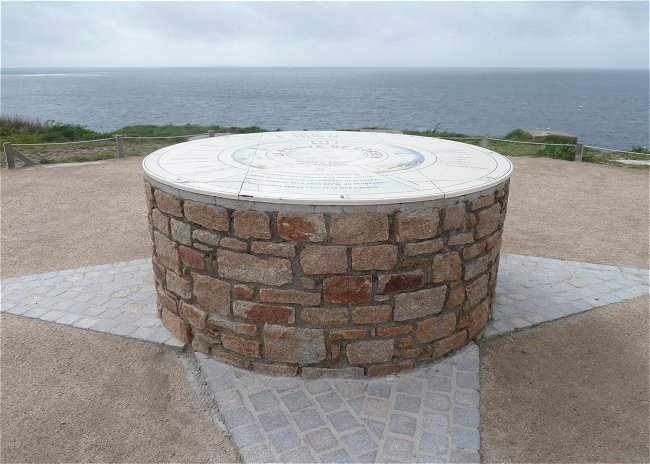 Access :   Leave the village of Plouarzel by the road of Le Conquet and at the roundabout take the direction of Trézien whose lighthouse can be seen on the right, 3.4 km further on. After passing the lighthouse, take the 2ndroad to the left. At the end, turn right. The road bypasses CROSS Corsen 1,the maritime surveillance and rescue centre of northern Brittany. Facing a large lifeboat, take the small road and park in front of the sea.


This site is a rocky headland that has two particularities :

- It is the westernmost place in mainland France. Even further west than the internationally known Pointe du Raz ! It is not the westernmost point of continental Europe because Spain and Portugal are extending west much further. You are only at one end of France.

- And it is also the place where the sea changes its name. Facing this point, the Atlantic Ocean ends and the English Channel begins. If you see a difference, it's because you have a lot of imagination. In fact, the headland of Corsen, this small cape of Europe, serves as a geographical limit and nothing more. To the north, the Breton headland gently curves eastwards, it is already the shore of the English Channel.

The orientation table is easily accessible by a wide path of a masonry floor, along which, as at the Kéramézec's belvedere, you are asked questions about ceramic bollards. Questions whose answers, written backwards, are not always obvious. If there are several of you, you will enjoy making it a game and you will probably increase your knowledge. 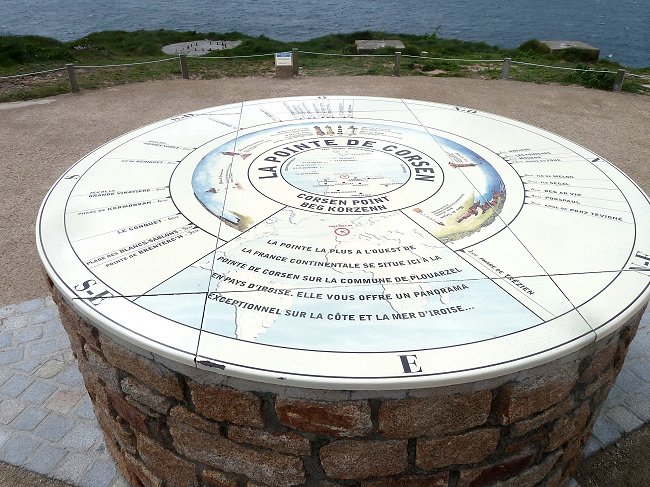 In good weather, the view extends far away. Opposite is the Molène archipelago with, from south to north, the islands of Béniguet, Litiry, Quéménès, Triélen and Molène. Ushant Island, the northernmost island, is distinguished by its imposing height. It is separated from the other islands by a strait, named Fromveur. Île-Molène and Ouessant are municipalities in their own right. All the other islands belong to the municipality of Le Conquet.
You will only very rarely see large ships pass by. In addition to fishing vessels, only vessels of the French Navy and authorized passenger vessels may navigate in the Four Channel in front of you. This has been the case since the sinking of the tanker Amoco Cadiz in 1978, which caused catastrophic pollution along the coast. As a result, the very intense maritime traffic takes place offshore, far from the reefs, behind the archipelago and along a very precise maritime route that is monitored day and night by the CROSS Corsen military seamen. 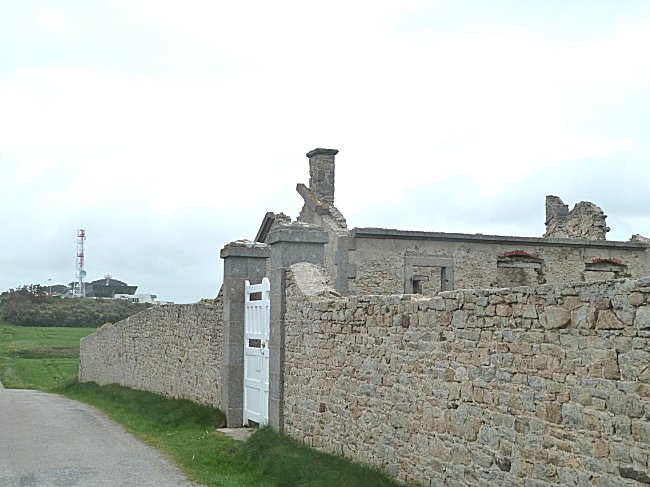 Before you leave, take a look at the ruined buildings along the road. These are those of a former Lighthouses and Beacons depot where buoys that are anchored at sea to mark maritime corridors were stored and repaired.
In the background, you can see the buildings and the large pylon of the CROSS Corsen, whose antennas allow the controllers to talk to all the ships. The CROSS is also responsible for organizing marine rescue services for all boats and individuals.


1- CROSS : Regional Operational Centre for Surveillance and Rescue.   Several CROSS share the surveillance of french coasts. CROSS Corsen is responsible for the entire area from Mont St-Michel to the headland of Penmarc'h and part of the A2 area of the North-East Atlantic. 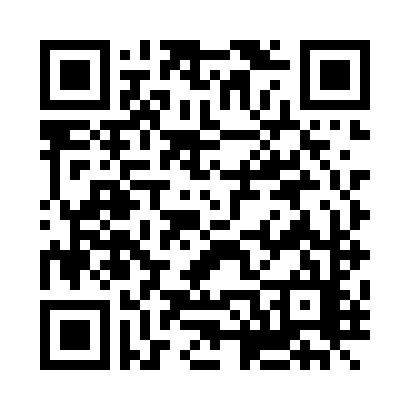