The marram grass, fixator of the sands 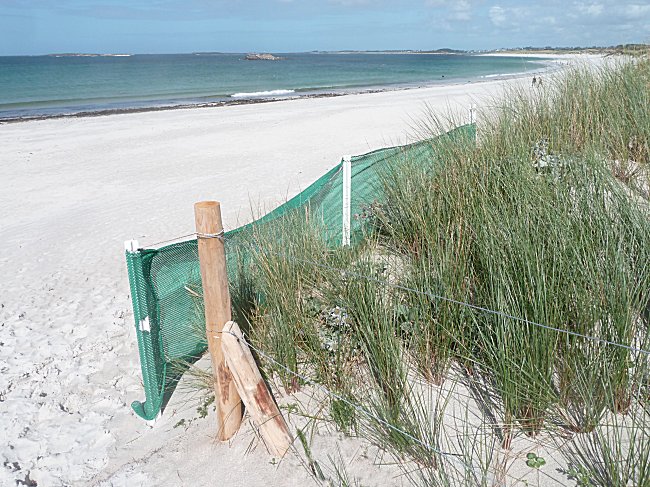 The marram is a large grass that the walker will encounter on the dunes of the coast, both in Lampaul-Plouarzel and further north on the dunes of Tréompan in Lampaul-Ploudalmézeau. But it owes its establishment to the combined efforts of the Conservatoire du Littoral and intermunicipal employees who imprison it behind fences and monowires so that walkers respect their plantations. 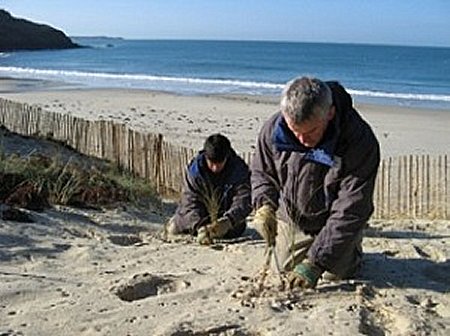 Because the dunes are constantly retreating under storms and onslaught of the sea. To fix the sand, you need a plant that can withstand salt spray, strong winds and arid soil. In periods of drought, the marram limits the evaporation of the water it contains by rolling its stems on themselves. The edges then touch and the rod forms a kind of pipe that keeps enough moisture inside. 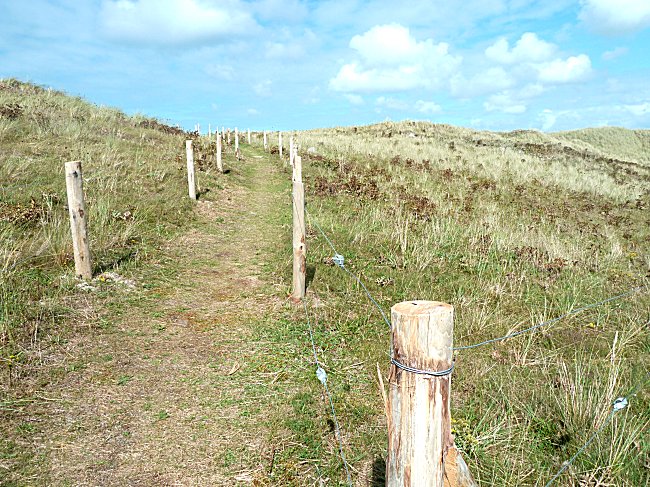 The grains of sand brought by the wind collide with the tight network of its spindles and fall at its feet. The dune, not only no longer retreats, but also swells.
With its long rhizomes from which new seedlings are born, the marram grass can cover large areas in a few years. When the dune is fixed, another vegetation then takes the place of this pioneer plant which must be respected. 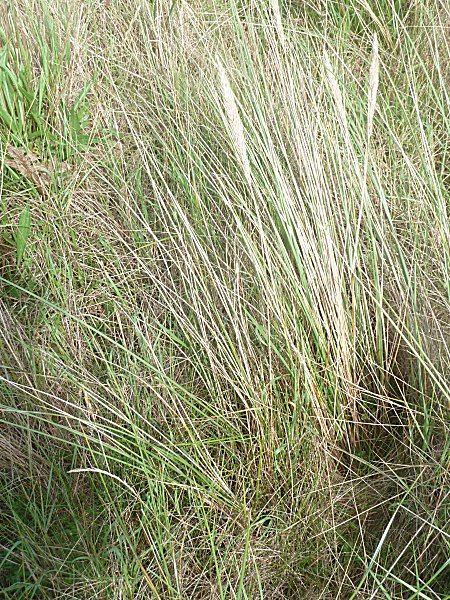 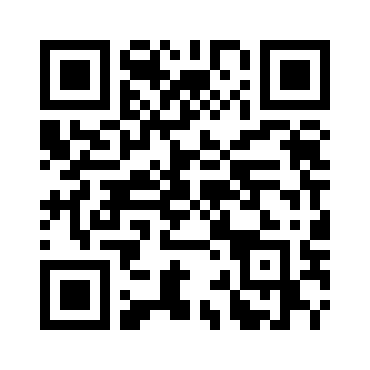