The small carnation of the coast
or sea pink, or common thrift
Armeria maritima 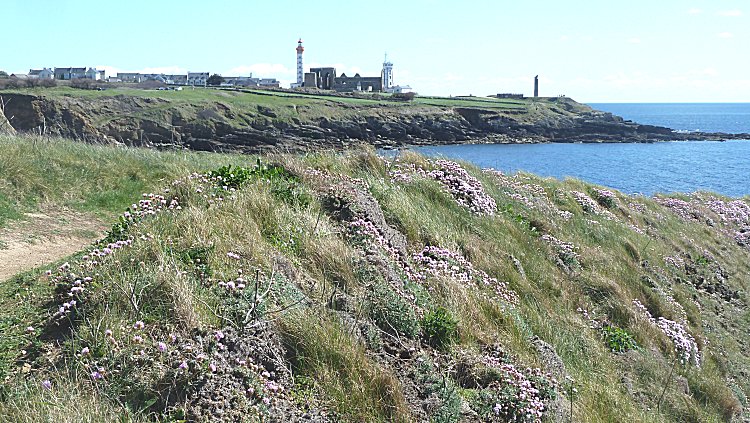 It is often said in Brittany that its Latin name, armeria maritima, would come from the Breton word ar mor, the sea. And it is true that this pretty little pink flower that brightens up coastal paths from April to August seems to be particularly popular on the coast. It is in fact a rockery plant of Mediterranean origin that has adapted along Breton coasts as far as Northern Europe. It is not afraid of strong winds or salt spray and loves well-drained and sunny sites. 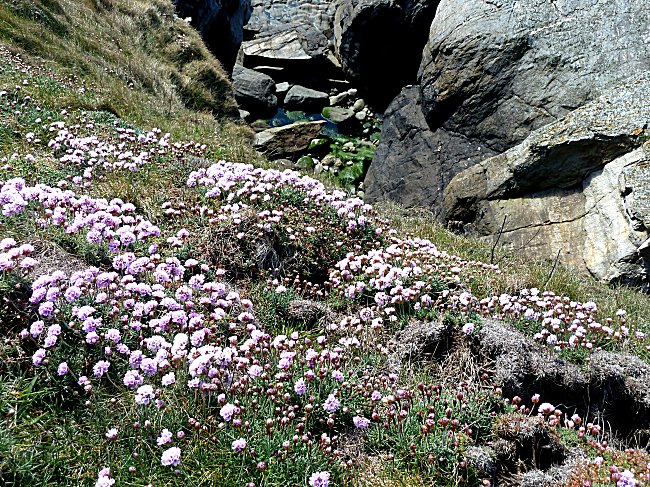 It is found both on stony soils and on cliffs, growing on the edge of dunes, on slopes or even on low walls. The plant is not very demanding and is satisfied with poor soils. 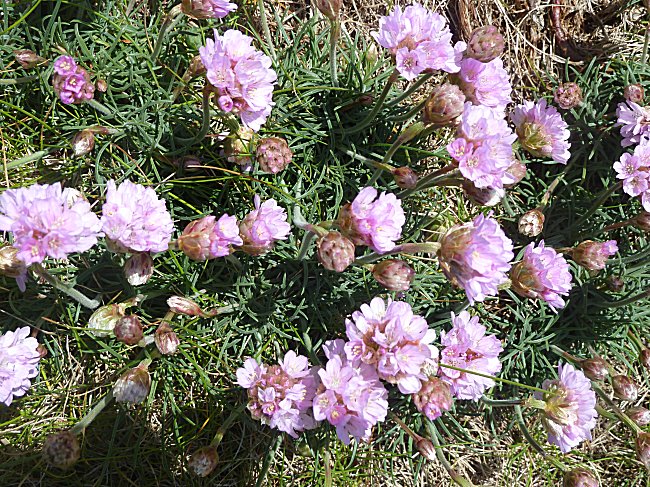 As you can guess, this little carnation on the coast is not a real carnation. It owes this appellation only to its colour and the similarity of its small, bushy petals with those of the cultivated plant. The sea pink grows in tight tufts from which emerges a frail stem not exceeding 20 cm and supporting a flower composed of several corollas.
Under its thick carpet of thin green leaves arranged in needles, a large main root grows between the stones among a multitude of rootlets. 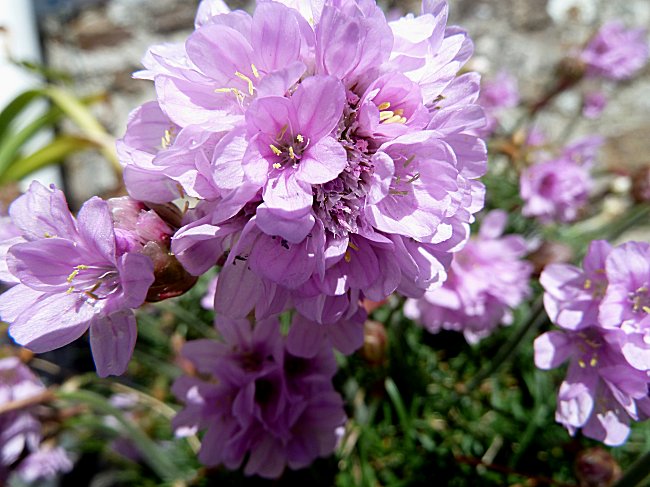 In Brittany, where it is still common on the coast, the armeria maritima is not among the protected plants. This is not the case, for example, in northern France, where it is prohibited to pick it.
So you can collect your seeds and sow or replant them in the rock garden or on the wall of a seaside garden. Well exposed to the sun, it will develop easily. 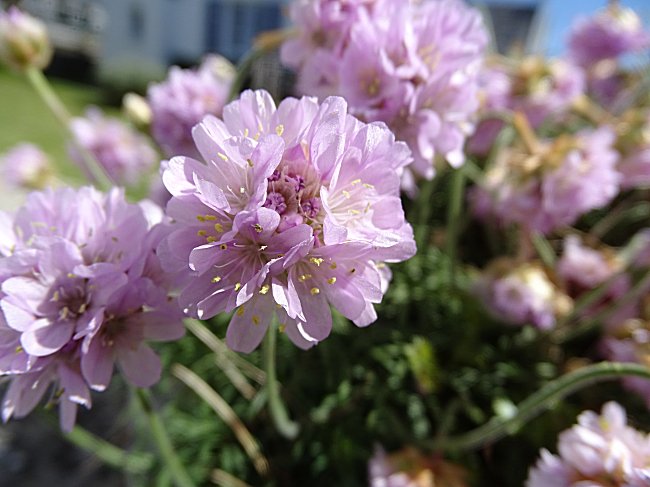 Although it is not protected, its meritorious tenacity to grow in difficult conditions and the fragility of its small pink flowers will encourage the walker to respect it. 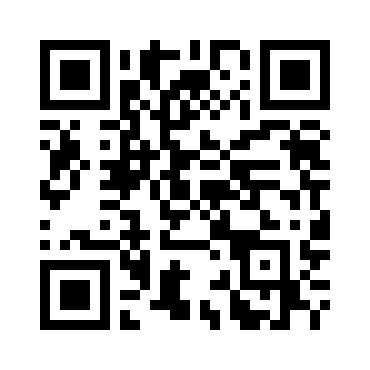