The goose barnacle and the goose neck barnacle 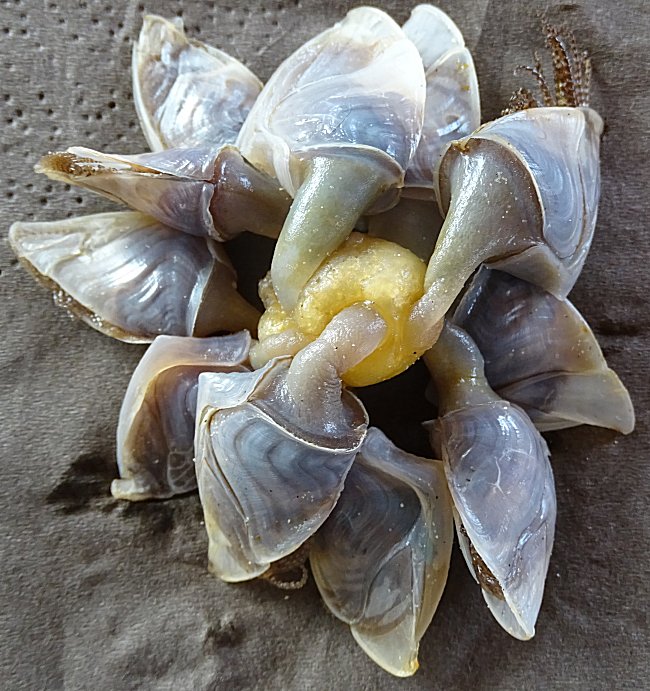 A colony of 11 young geese barnacles with float of the species Dosima fascicularis
attached to a yellow floating support that they secreted themselves.
You're never better served than by yourself !

The goose barnacle and the goose neck barnacle are strange animals that are sometimes found in Brittany. The first one can be seen among the sea leash, i.e. the deposits of seaweed and marine debris left by the waves on the beaches, and the second one rather among fishmongers.


Despite the presence of a shell, both are crustaceans living in colonies that can contain thousands of individuals. The goose barnacle lives offshore, suspended from a floating object: buoy, boat hull, plastic can, tree trunk, wreck alga or simple piece of wood. This is why it is sometimes deposited on the beach by the waves. Only one species, Dosima fascicularis, photo above, produces its own float. The goose barnacle is a pelagic nomad carried by the currents.
The goose neck barnacle lives permanently Studies concerning this small marine fauna are still in their infancy. They are often very promising in unsuspected areas. For example, the exceptional adhesion of cirripedes to their support may direct the research of glue manufacturers towards particularly resistant organic adhesives. Other marine animals, such as sea cucumbers, produce an instant cement remover to move around, which may be of interest to manufacturers of antifouling for ships. Paradoxically, we note that man is responsible for a rapid disappearance of a large number of marine species not yet studied. Look for the error... attached to a rock beaten by the waves. Its support can be a sea reef, a rock sometimes emerged or the foot of a cliff. Therefore, this animal is sedentary. And it is edible. That is why it is saught after on the rocks during high tides. But pay attention: its fishing is regulated. 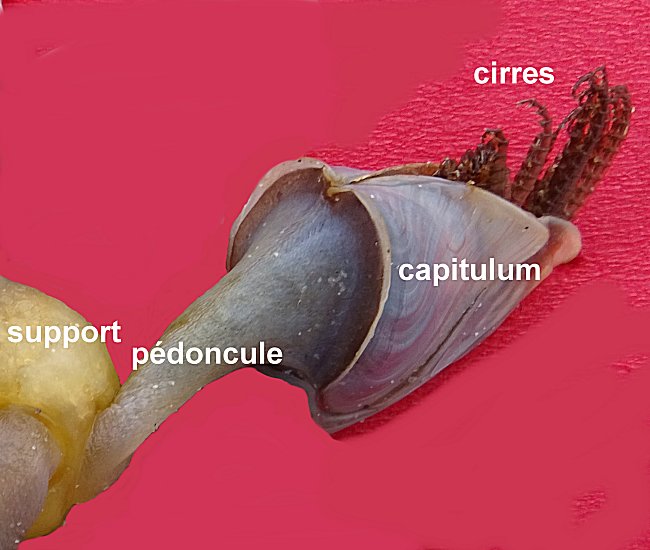 This curious crustacean of which there are a quantity of different species is composed of two parts :

- a head protected by white limestone plates welded together (maximum 5). It's the capitulum.
- a fleshy peduncle that can reach up to 90 cm, attached to the floating object that supports it. 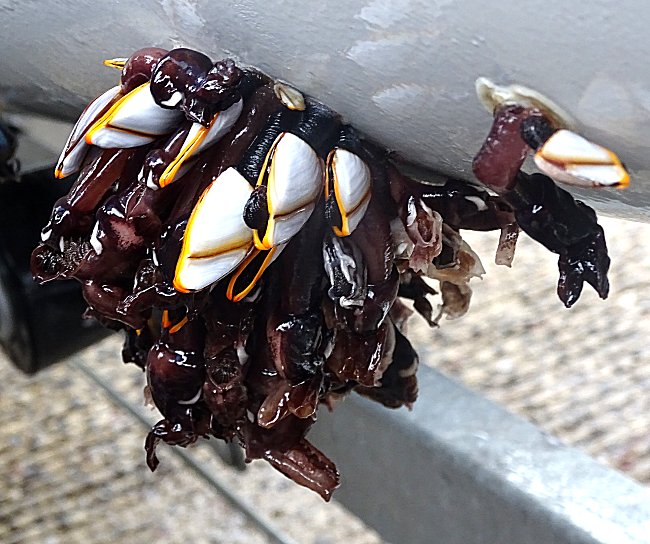 Group of geese barnacles fixed on the hull of the sea kayak
of the Polish navigator This great sportsman died of exhaustion with panache, in February 2021, at the age of 74, while reaching the summit of Kilimanjaro. Alexander Doba at his arrival in Le Conquet on 3-9-2017 after his 3rd Atlantic crossing by rowing boat 1
© Photo YL

In the water, the capitulum opens to let out a pair of black silks called cirres that fan out and constantly sweep the environment to capture suspended plankton. This is how that animal feeds. The cirri are retractable. The water which penetrates in the capitulum also bathes its gills which allows it to be oxygenated.

Badly edible, the goose barnacle is neither fished nor marketed.

A sea snake in Le Conquet! 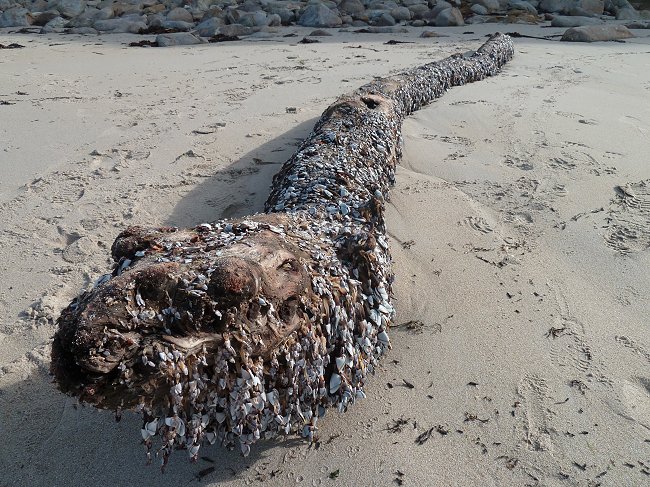 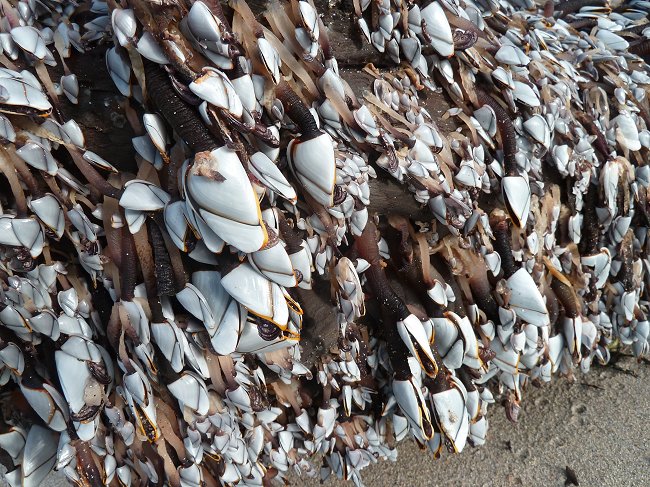 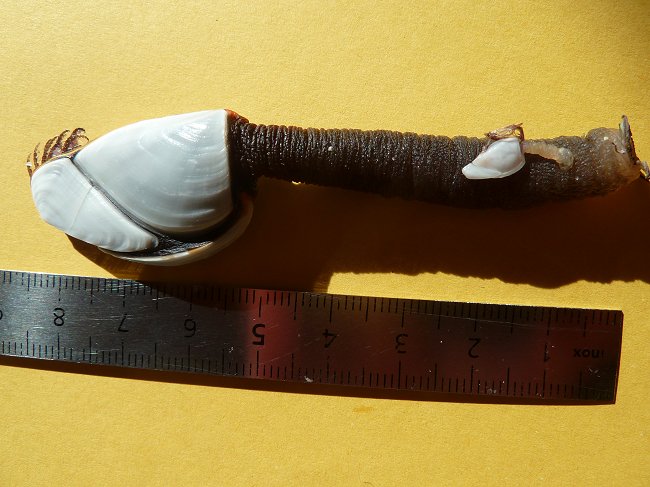 They all belong to the species Lepas anatifera.
A younger individual is glued to an adult's stalk

When places are expensive, each sticks himself on another
© Photos: YL February 7, 2020 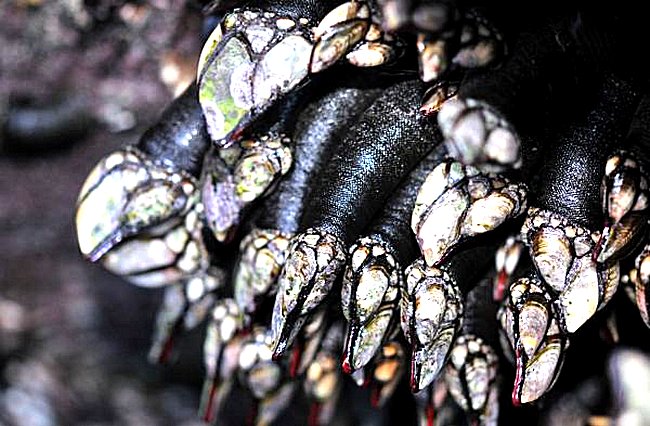 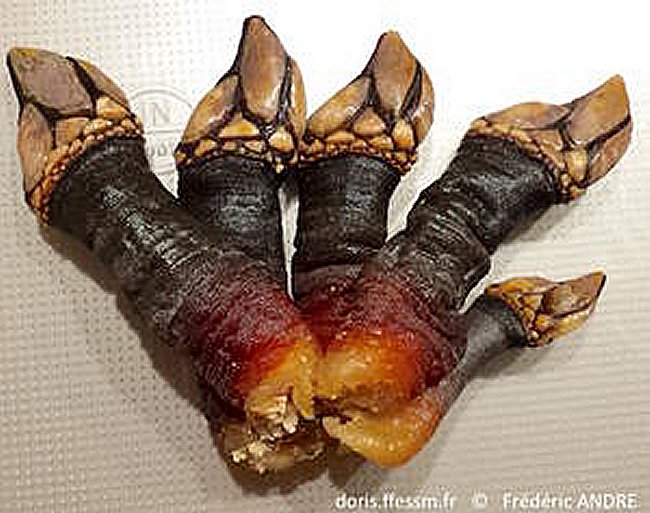 In french, goose neck barnacle is named 'pouce-pied'. It is sometimes written 'pousse-pied', but this word is also used to designate a kind of sled that is pushed on the mud. It is therefore preferable to write it 'pouce-pied', a name coming from the distant resemblance of the animal with the end of a toe.
Its scientific name, 'pollicipes pollicipes', comes from the Latin pollex, thumb, and pes, foot.
Like the goose barnacle, it is composed of a peduncle and a capitulum. But its short, thick and fleshy stalk is almost black with an often reddish base.
Its capitulum is furnished with 5 whitish oval plates to which are added at least 8 other much smaller plates, separated by a black tegument.
The capitulum is bordered with red.
With a very iodine taste, the flesh of the stalk is edible, especially appreciated in Portugal and Spain. But the goose neck barnacle was so fished that it could disappear. It may be fished in the Iroise Sea only during two periods of the year: from 16 January to 14 March and from 16 September to 14 November. Catches are limited to 3 kg per person per day.

Because of their white shell-like plates, geese barnacles have long been mistaken for shells. In the Middle Ages, it was even believed that these animals, whose plates have the shape of a beak, were eggs of wild duck or a species of goose, the Brent Goose! Moreover the very name of goose barnacle, 'lepas anatifera', comes from the Latin anas, anatis : duck. Anatife, abbreviation for anatiferous = which produces ducks. The English call it "barnacle" (goose) and the Germans "Entenmuschel" (duck mussel). These original wacky names have now become part of everyday language.
The geese necks barnacles, with more complicated capitulum, did not experience this confusion.
All these animals with a calcareous shell differ from shrimps, crabs, lobsters etc... whose shell is formed of chitin. The presence of their cirri ranks them among the cirripeds that gather other marine species such as barnacles commonly found on coastal rocks. It was not until the 19th century that biologists' studies on cirripod larvae showed that they belong to crustacean arthropods.
The fact remains that they always intrigue the walker by their unusual appearance. That is another reason to respect these animals. 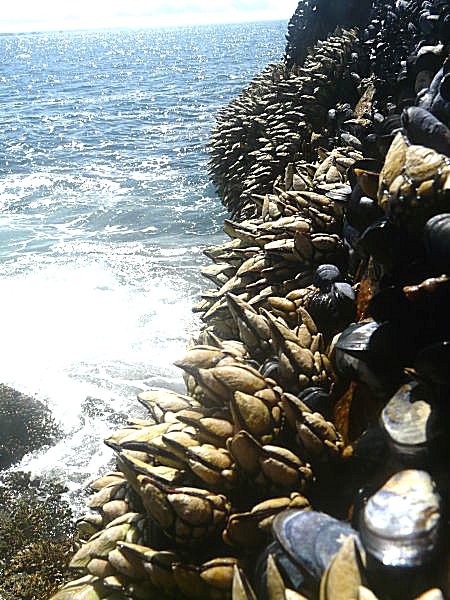 Totally dependent on floating objects of all kinds to which they cling, the goose barnacles have a bright future. Indeed, we do not cease to send a considerable amount of waste to the sea. The smallest, less than 5mm, gather in the middle of the oceans to form what some already call plastic gyres or continents. Their size is too small for the larvae of goose barnacles to cling to. But larger floating objects are supports for their attachment. It is therefore already foreseeable that the different species of goose barnacles will experience a considerable expansion.
What will be the consequences? What we know today is that, as in fish, their bodies already contain a lot of microplastics. And that these will be absorbed by their predators, gulls or sea turtles, and by all the scavengers of the abyss. Inevitably, from predators to predators of predators, these microplastics will accumulate in organisms and end up in that of the super-predator that is human.

-1- The photo shows several distinct species:
- Lepas anatifera : These are individuals whose capitulum is made up of white patches bordered with orange yellow. Their black stalk can reach 7 to 8cm, shorter and translucent in young people. The cirris are almost black. This species is common.
- Lepas pectinata : The capitulum is smaller. the cirris are clear.
- Conchoderma auritum : Their calcareous plates are tiny, housed in a capitulum that seems to be only a bulge of the peduncle. This offshore species often attaches itself to whales.

Thanks to the Iroise Marine Natural Park team and Frédéric André from the DORIS association who kindly provided the necessary documentation, made the identifications and checked this text.

See the following page of ZOOM-NATURE on the Internet:
Anatifes : experts en dérive 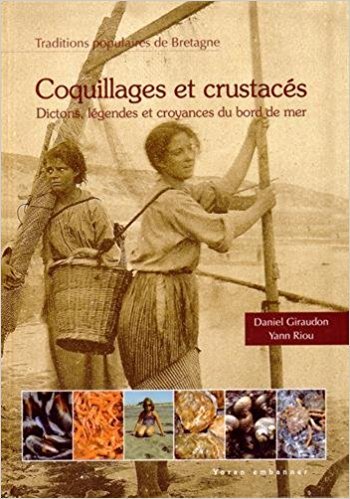 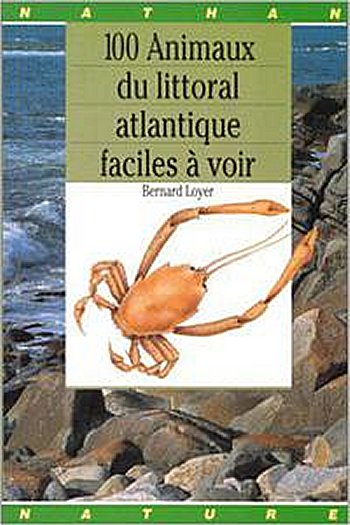 A website:
The essential address for any documentation of quality
concerning the flora and fauna of the oceans and fresh waters:
DORIS 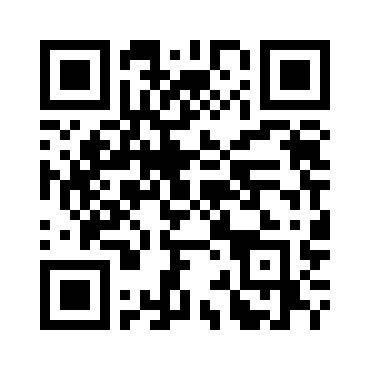