Opening hours of the Seaweed House (subject to change):


Access :   The Seaweed House overlooks the port of Lanildut. Exit Lanildut in the direction of Porspoder and take the first road on the left, towards the port. Park on the upper parking lot in front of the building. 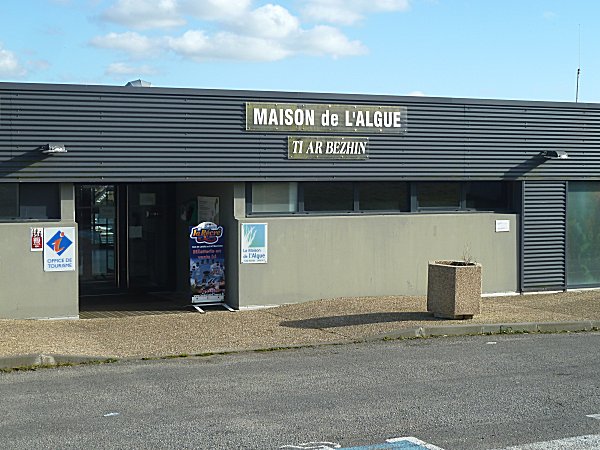 Located on the second floor of a long building, the Seaweed House has its entrance at the level of the upper car park while the ground floor, on the quay, houses nautical companies. It is located next to the Tourist Office of the municipality and organizes all year round scientific exhibitions and conferences not to be missed ( see our info section ). 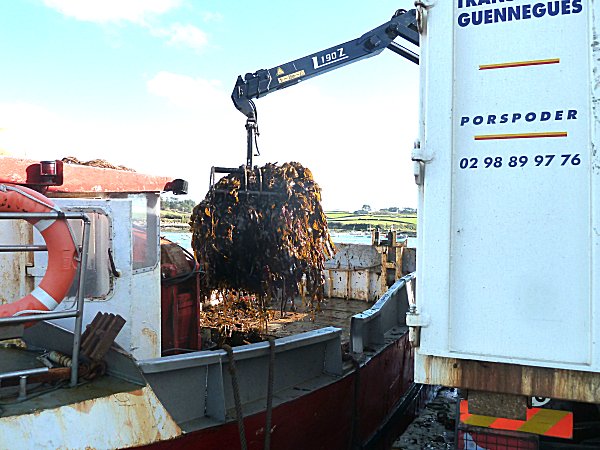 Why this specialization? Quite simply because along the Molène archipelago, located just opposite, the Iroise Sea shelters an immense field of algae, one of the largest in Europe. These proliferate on a shallow rocky plateau subjected to a powerful mixing of water under constant conditions of salinity and a low temperature range. These factors are particularly conducive to the development of large laminaria. 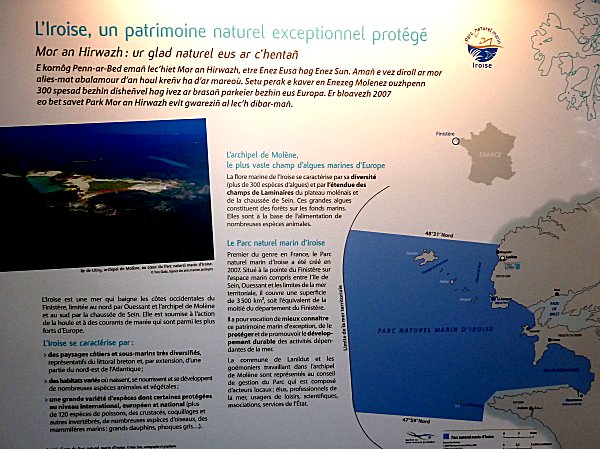 The visit of the Seaweed House allows you to discover not only these two species, but many others, absolutely unknown to the general public.

These algae do not all grow at the same depth. Some require a lot of oxygen and only grow on rocks beaten by waves. Others, on the other hand, grow up in sheltered sites, or in the shade of the former. The seaweed pickers do not fish algae blindly : they know where to find the particular species they are looking for. 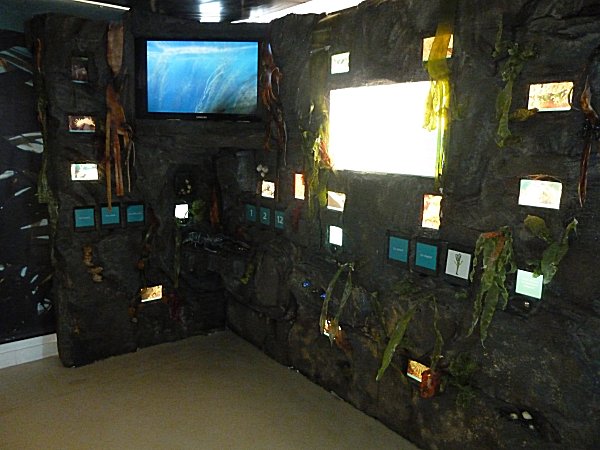 Algae are essential for underwater life : not only are they the daily food of a whole small fauna, but they are also the refuge of fry and the preferred spawning ground for a large number of fish. The maternity hospital and the crib of the Iroise Sea in a way !
Since prehistoric times, man has been exploiting algae. He used them as natural fertilizer in his fields, then, from the beginning of the 19th century, as a basic material in the production of « breads of soda» and iodine. Nowadays, laminaria are extracted for alginates used as gelling and thickening agents in the food or cosmetics industry. Others as food : out of the 800 species of algae on the Breton coast, 12 can arrive on our plates.

It goes without saying that the exploitation of the seaweed fields of Molène, under the control of the Iroise Marine Natural Park, is highly regulated. It is about respecting nature while allowing human activity to take place. 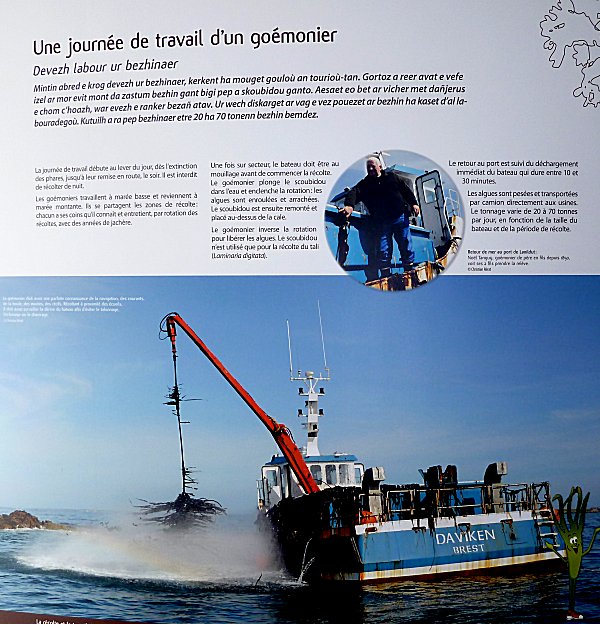 The Seaweed House shows how this activity has developed, especially since the 1970s, when Yves Colin, of Porspoder, invented the manual « scoubidou ». Nowadays, this machine, which has become hydraulic, is designed to tear off kelp and it equips all seaweed boats. 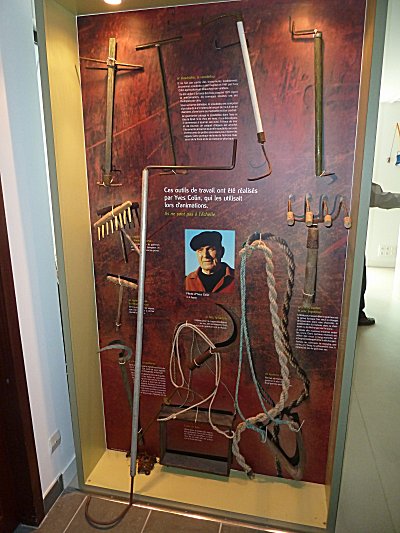 The showcase displays in particular the small tools
produced by Yves Colin for educational purposes.

The Seaweed House is thus an obligatory stopover for visitors wishing to better understand the growing interest of this marine plant not only for the ocean environment but also for all humanity.

Learn to identify the main algae on our coasts. You will find on this site a series of 4 pages to discover the algae of Iroise as well as the titles of some popular books.
Les algues 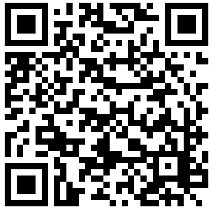