( Watch your step in the middle of the nave) 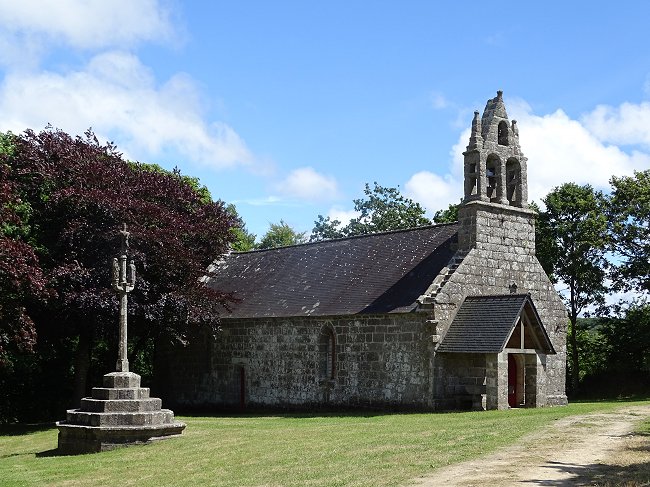 Access:
From Le Conquet, on the D 28 road, cross the village of Plouarzel towards Brélès. After the bend to the left of the church, leave the D 28 and turn right onto the street signposted St-Eloi. At the stop sign, take opposite and continue on this road for 3 km. The entrance to the alley leading to the chapel is almost at the bottom of the descent, on the right.

From St-Renan, take the D 27 road towards Brélès. After 7 km, turn left towards Plouarzel. At 1.5 km, cross the hamlet of St-Eloi and park as soon as the road begins to climb. The chapel aisle is on the left. 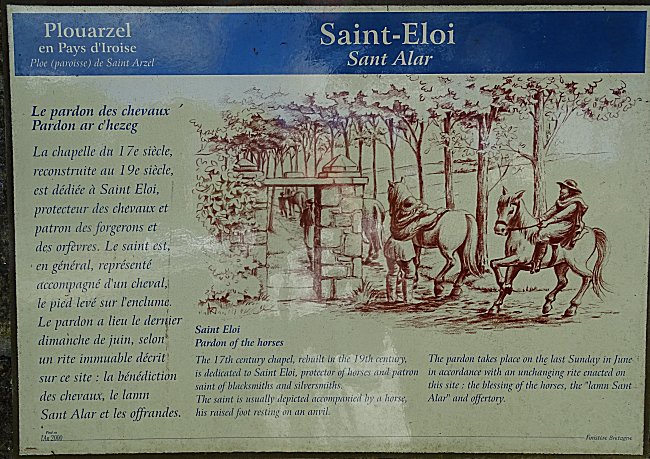 This chapel is situated in an idyllic setting overlooking Aber-Ildut river. There is a spring, a Calvary and the chapel itself whose bell tower wall is flanked by an offering shelter with a table and a granite bench. The building dates from the XIXth century, but it replaced an ancient construction of the XVIth. Originally located in a private property, it was given to the Fabrique (parish council) in 1837. In 1855, a similar donation was made with regard to the fountain. 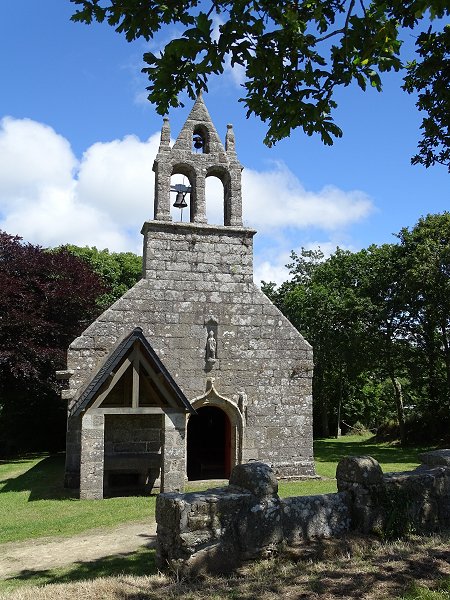 At the entrance of the site, the sign affixed by the Community of communes indicates that this place is dedicated to Saint Eloi, protector of horses. And indeed, the statue of Saint Eloi is enthroned on the façade of the building, above the portal. Dressed as a bishop, the prelate holds in his hands the pliers and hammer, usual attributes of a farrier. 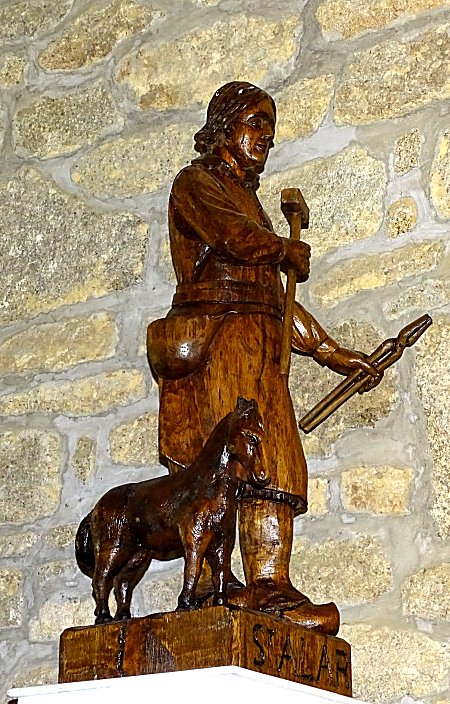 However, inside, the varnished wooden statuette of the patron saint of horses, bearing the same attributes, is referred to as Saint Alar. Finally, for a very long time, the chapel itself was called Saint-Alar. 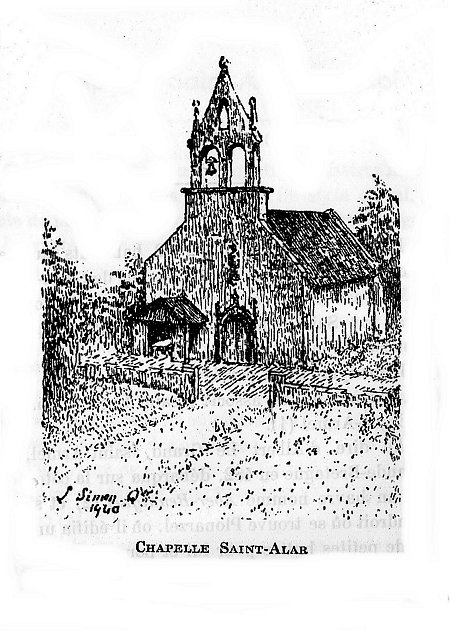 They're actually two different saints. Both are said to protect horses. The pronunciation of the first names being close, obviously, there is confusion between the two characters.
Yet they have known different times.

The oldest, Saint Alar, originally from Cornwall, lived at the end of the Roman Empire, at the time of the Great Invasions. He was probably the third bishop of Quimper. Not much is known about him except that he died in 462, a few years before King Clovis was born. Tradition reports that, on horseback and pursued by brigands, he managed to escape them by blowing up his mount from one bank of the Odet to the other at Stang-Alar (the Alar valley). This name can also be found in Brest.

Saint Eloi, on the other hand, is well known, not only by the song Le bon roi Dagobert, but also by history : Goldsmith from Limousin, he lived two centuries after Saint Alar and became known to the Merovingian king Clotaire II by his skill and above all by his great probity and faith. He became his adviser and then great treasurer of King Dagobert 1st, he travelled a lot, and notably in Brittany where he met King Judicaël. Ordained priest, he founded several monasteries and died bishop of Noyon in 660. Naturally patron saint of silversmiths, Saint Eloi is patron saint of all metal workers, therefore also farriers. Moreover his link with horses is reported by his friend Saint Ouen who, in Vita Eligii ( Eloi's life ) indicates that his horse used to start limp when he was not ridden by his master.
In Brittany, since the Middle Ages, these two saints have been confused and the statues often represent them accompanied by a horse and an episcopal crosier.

Every year, on the last Sunday in June, the pardon of the horses attracts many faithful to the St. Eloi Chapel. 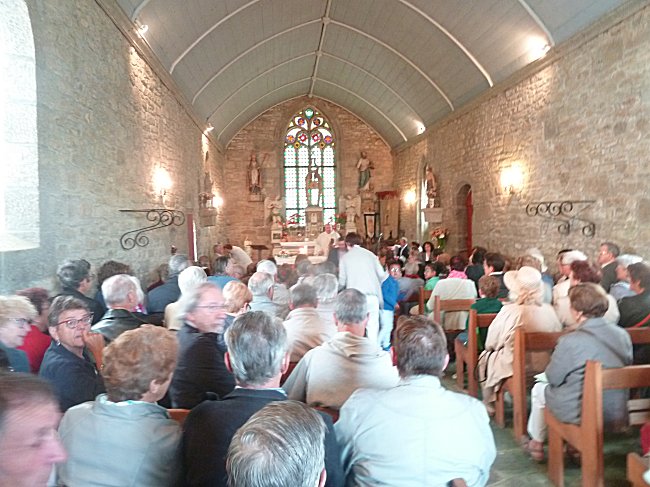 In front of the audience, horses and riders must make several tours of the chapel and their owner place an offering in the facade shelter. Then they go to the spring where the horses receive on the pass and on the croup a bowl of its water. 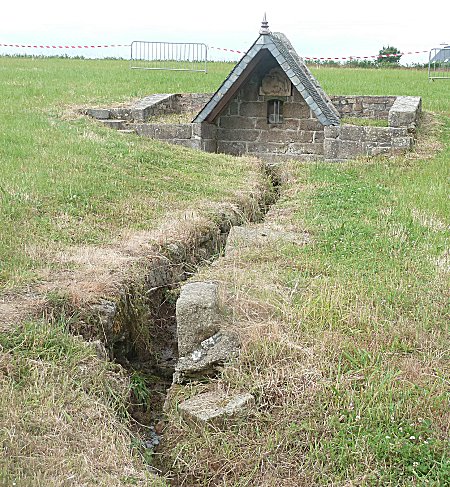 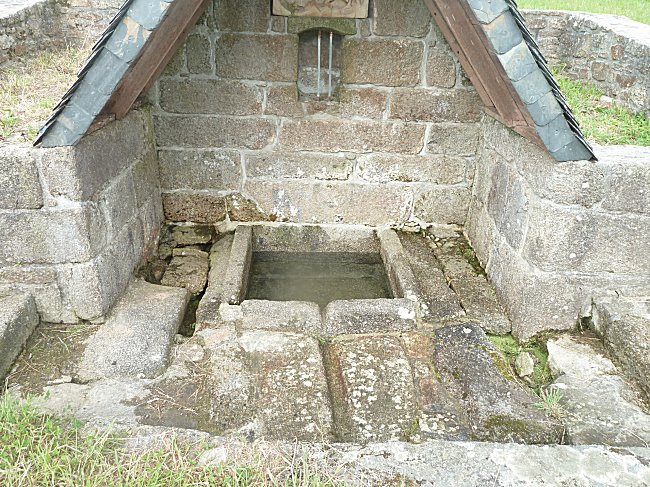 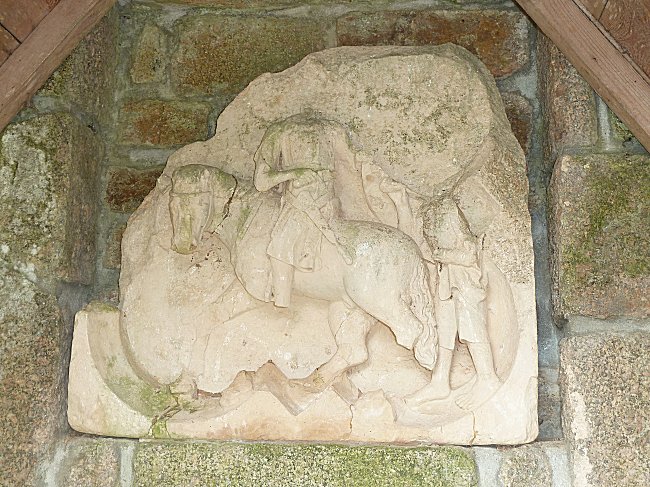 Saint Martin, on horseback, tears a piece of his coat to offer it to a poor man.
Bas-relief of the XVth century, listed as Historic Monuments in 1989

Finally they must perform the lamm Sant Alar, or Saint Alar's jump over the stream. Whereas for a human this crossing is easily carried out of only one step, it is not obvious for the horse which must carry out this jump. 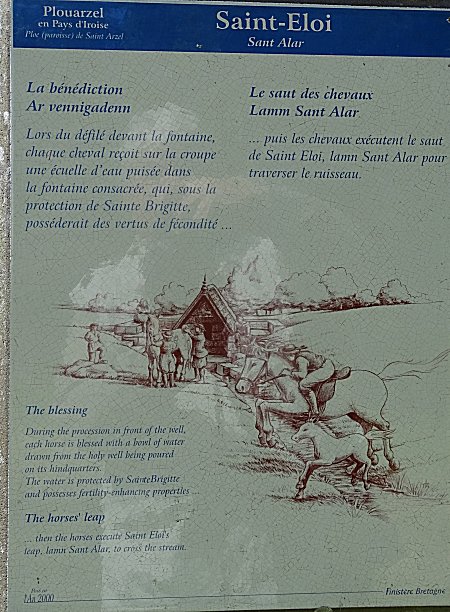 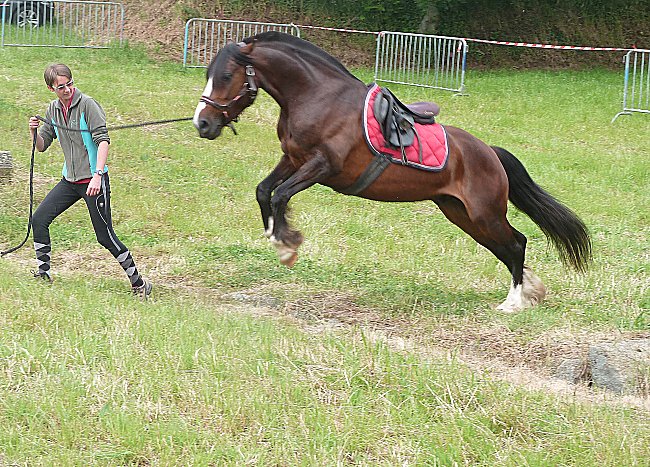 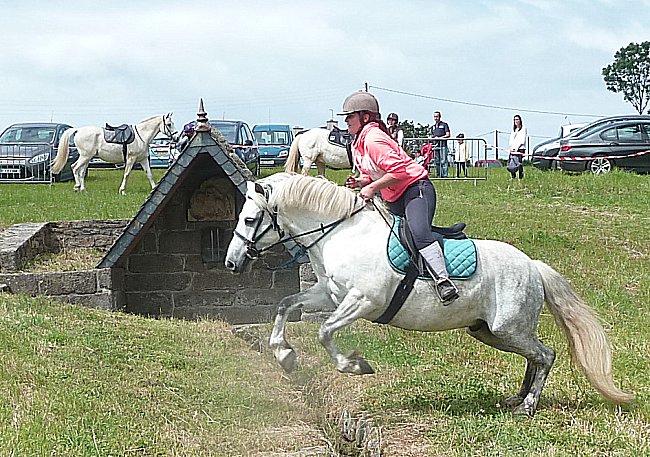 Saint Brigitte, to whom this fountain is dedicated, apparently attributes a generous descendants to horses which triumphantly accomplished their jump.

And thanks to the annual forgiveness, it is comforting to see that this tradition, which has its roots in the mists of time, is still alive today. 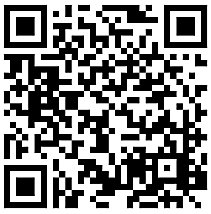