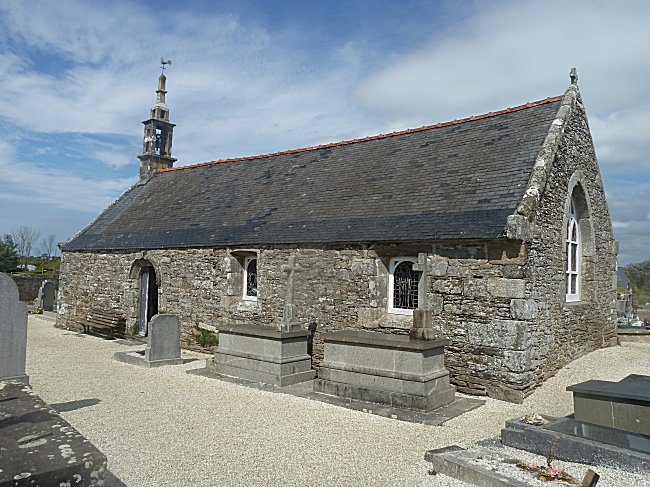 Access :
From Le Conquet, take the D 85 tourist coastal road towards Plougonvelin and La Pointe St-Mathieu. After about 1.2 km, turn left opposite Porzliogan beach and take Surcouf street heading inland to the village of Lochrist. At the top of this street, turn left again and park immediately to the right in the cemetery parking area.

From Plougonvelin, follow the D 85 towards Le Conquet. After La Pointe St-Mathieu, continue towards Le Conquet for 2 km, and turn right towards Lochrist, opposite Porsliogan beach. At the top of this street, turn left and park in the cemetery parking area. 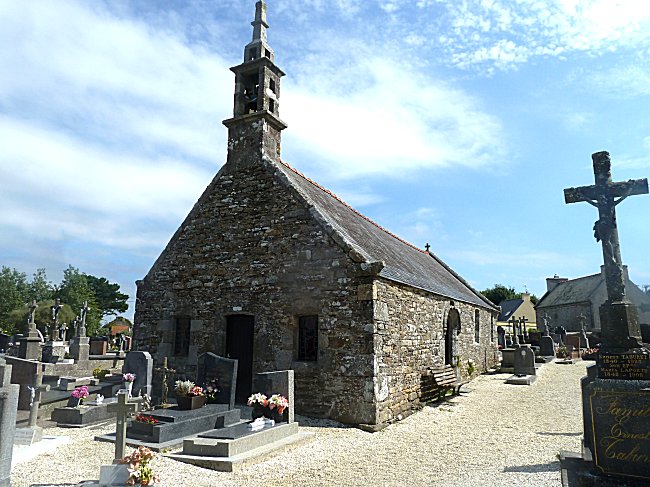 The small village of Lochrist was once the heart of Le Conquet. This is where the Sainte-Croix church used to be. However, it was dismanteled and moved 2 km to the centre of Le Conquet in 1856, due to the shifting population 1.  It is also where the Le Conquet cemetery and the Saint-Michel chapel are still located. That is why you need to enter the cemetery to visit it.

This small building probably dating back from the XVIIth century, underwent restoration during the XIXth when the church of Lochrist was moved. It is built of granite and a bell tower overlooks the gable end of the old entrance. This squat element is dampened2 by a pyramidal column with a rooster's weathervane on the top. It is probable that its function was not only decorative but also served as landmark for navigators. 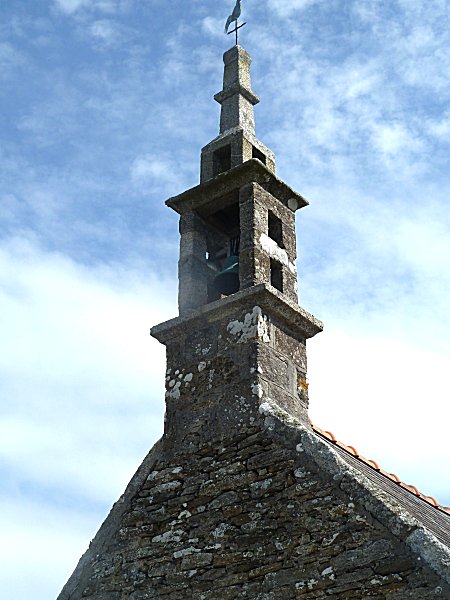 Today, the entrance to the chapel is through the side door over which there is a finely worked arch in the centre, where one can observe the remains of a coat of arms ( now erased ). On the doorstep there is a slab of schist decorated with a cross which could well have come from an ancient tomb. 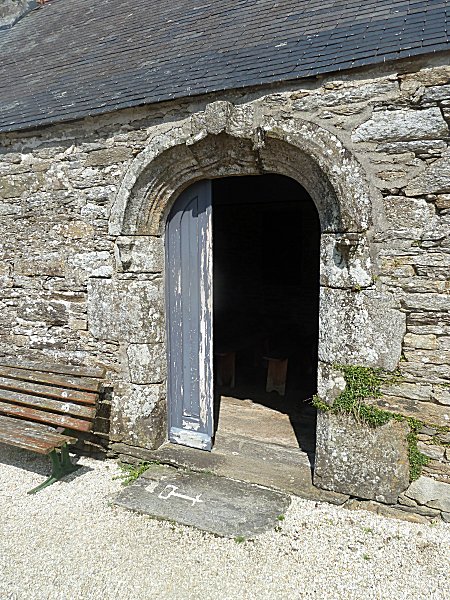 Under a barrel vault, the interior is sober but functional. 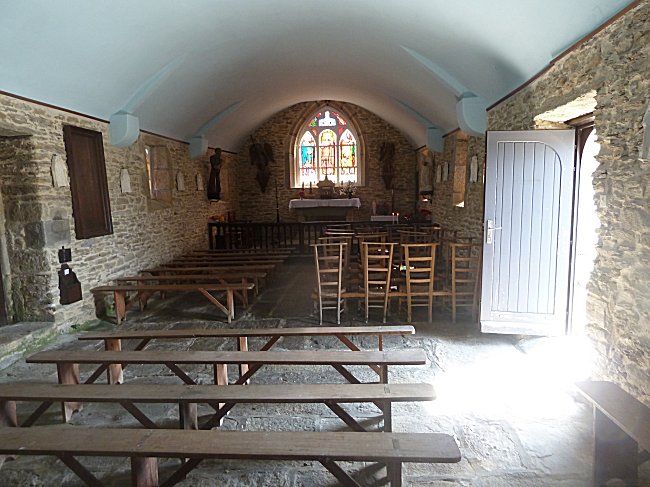 One is surprised to note here the presence of a balustrade separating the public and the space reserved for religious services. The remains of a partition suggests the rule imposed by the Monarchy to reserve privileged sites to the local gentry and nobles or perhaps for the monks from St-Mathieu's Abbey. 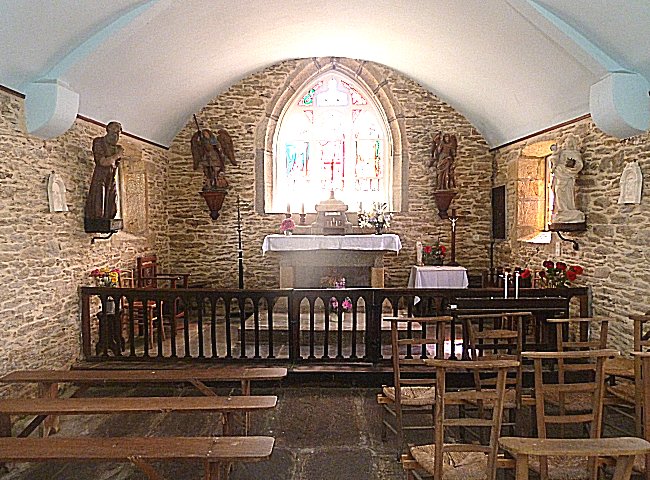 Behind the altar, there is a large stained-glass window. It is neither signed nor dated. However, from its style, it can be assumed that it was probably made at the beginning of the XXth century. 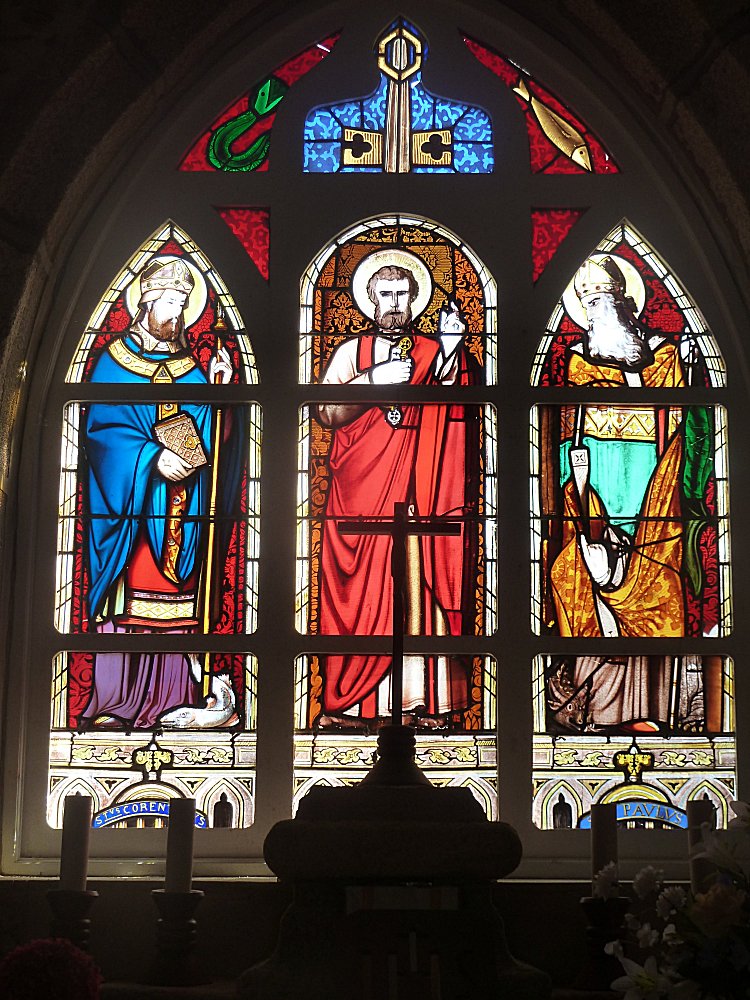 To the left is Saint Corentin, represented as a bishop, with a fish at his feet. Indeed, tradition has it, that this 5th century saint had the particularity of being brought fish every day that had come back to life after being eaten. It is said that he offered this kind of miraculous dinner to King Gradlon who, both amazed and delighted, appointed him Bishop of Quimper.
In the centre, Saint Peter is holding the key to paradise in his right hand.
On the right is Saint Pol Aurélien, hailing from Wales and accompanied by 24 other monks. According to legend, he landed, around 480 AD in Ushant, then moved to Lampaul-Plouarzel. He allegedly founded a monastery in Lamber in Ploumoguer, stayed in Lampaul-Ploudalmézeau and then moved to Batz's island where a dragon was terrorizing the population. Saint Pol Aurelian forced the beast to throw itself into the sea. King Childebert I, son of Clovis, appointed him bishop and entrusted him with the diocese of Occismor, now St-Pol-de-Léon, whose cathedral preserves his relics. Look closely: At his feet, the defeated dragon symbolizes paganism.
But look more closely at this curious stained-glass window where a strange hand protrudes from the saint's garment at knee level.

Riddle : Can you find out what this outstretched finger means ? ( The answer is at the bottom of this page ).

Now let's take a look at the statues that frame this glass master.

On the left, the Archangel Saint-Michel armed with his spear, not to conquer a dragon as in the Mont Saint-Michel version, but a demon with a human face. Saint Michel gave one of its three names to the chapel.
On the right, we see another winged character. He is also an angel, the guardian angel who is supposed to protect everyone. For a long time, the chapel was called "Chapelle de l'Ange Gardien", the Chapel of the Guardian Angel. But this old name is no longer in use.

Another character, deep in prayer, can be seen against the left wall.

This is Saint Jerome. This very erudite Croatian monk who lived in the IVth century. He is remembered for his translation of the Bible into Latin : The Old Testament from the Hebrew one, and the New Testament from ancient Greek text. Only his translation version, known as Vulgate, is officially recognized by the Church and was printed by Gutenberg a thousand years later. Saint Jerome was also the personal secretary to Pope Damasus Ist. 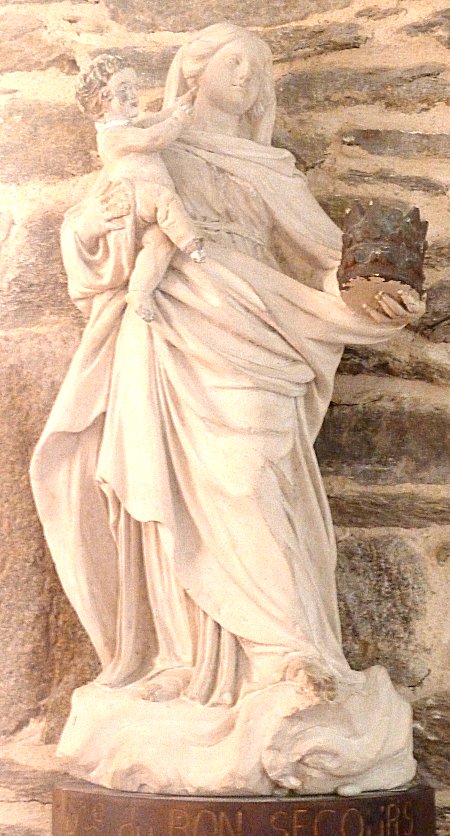 Our Lady of Good Help can be seen against the right wall. The Virgin is invoked in case of serious danger, mainly by sailors.

A series of modern stained-glass windows adorns the various openings. Firstly Saint Hervé and his wolf, Saint Benoît, Saint Michel killing the dragon, Saint Jacques and finally second Saint Simon who was executed with a saw.

As we leave the chapel, admire the stele erected in memory of Jean-François Le Gonidec ( 1775-1838 ) in the cemetery . This illustrious inhabitant of Le Conquet became famous by writing a Breton grammar book and translating the Bible into Breton. A sort of Breton Saint Jerome, whose work also benefits other Celtic languages.


The answer to our little riddle :

Saint Pol Aurelien's finger points down to the sea towards which he orders the dragon lying at his feet to throw itself into.
Yes, although this finger is pointing upwards, it's the bottom of the picture it's pointing downwards. The stained-glass window has three horizontal parts, and when it was installed, the large central part was fitted upside down !
As the installation was carried out from the outside, it was not immediately obvious.3

A saint precursor of the good King Dagobert :

A visitor to Lochrist, intrigued by the curious position of the saint's hand, discovered this twist in 2013. With the help of his computer he turned the picture the right way round and sent it to us. Here is the surprising result :

This remarkable inversion, which for a long time remained unspotted makes this work an absolutely unique curiosity that deserves to be preserved.


-1- See on this website the page dedicated to the church Sainte-Croix of Le Conquet :  Le Conquet's church.

-2- In french we use the verb 'amortir' to say that one element vertically extends another to finish it.

-3- As the stained glass was installed from the outside, it can also be assumed that the worker did not have the key to the chapel to check his work. 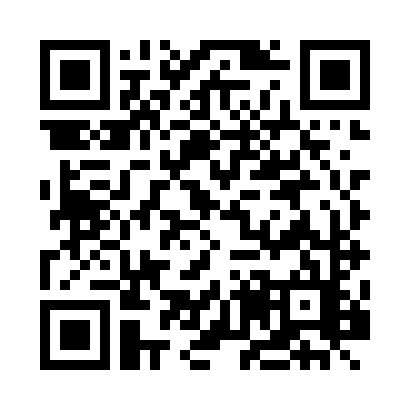