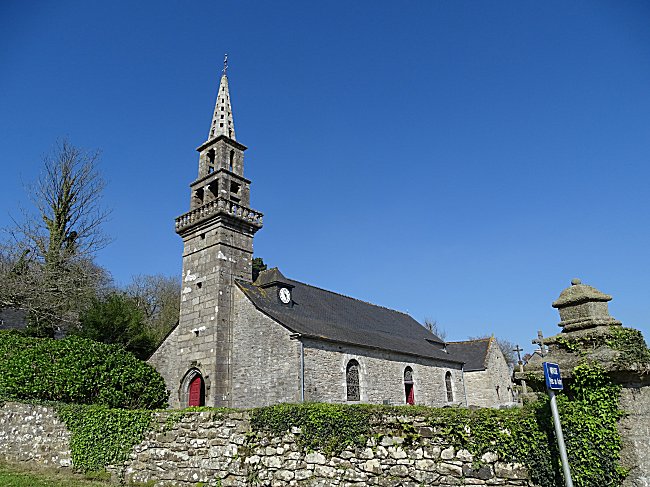 Lamber, once a truce in the parish of Ploumoguer, has been an autonomous parish since 1842. During the Revolution it was even, for a short time, a commune in its own right1. Its Breton name is Lann Per or Lam Per, which means sacred place of Peter. According to tradition, at the beginning of the VIth century, Saint Pol Aurélien landed from Great Britain to Ouessant, then to Lampaul-Plouarzel where he founded the monastery of the Priory. He then went to Lamber and entrusted one of his disciples called Peter to lead a new community there. Pol Aurélien then stayed at Lampaul-Ploudalmézeau then at Kastell-Paul, today St-Pol-de-Léon, of which he was the first bishop. Lamber Monastery was probably on the other side of the fountain. The remains of a central corridor building were found there in 1930.
The present church is dedicated to the apostle St. Peter. It is probably a question of confusion between the disciple of Christ and the founder of the monastery who had the same first name. The building dates from the XIth century, but has undergone major alterations. The fountain, watched over by a small statue of Saint Peter, may have already been the object of a cult long before it was Christianized. 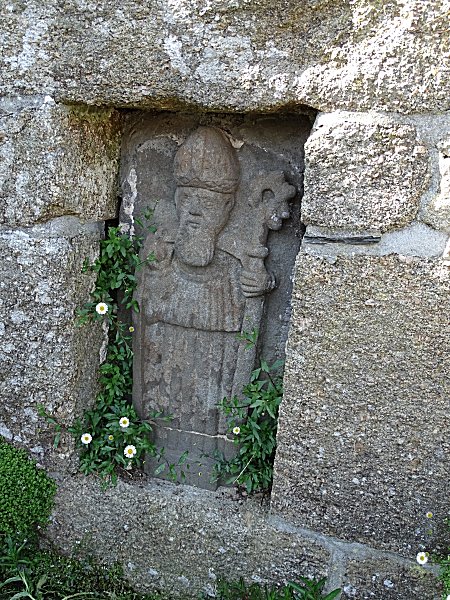 The entrance porch of the church shows some sculpted motifs, to the right of which is the date 1642.

On the third floor of the bell tower, the date 1690 appears. In fact, the entire bell tower comes from the chapel of St. Sebastian of St. Renan which was falling into ruins. It was bought by Ploumoguer in 1839, dismantled stone by stone and reassembled in Lamber. With its two floors of bells overlooking its gallery, it resembles the bell tower of Ploumoguer. Exceeding the roof of the nave, an unusual little bell tower houses the clock. It obviously predates the erection of the bell tower.

The nave has 5 bays. Thick pillars of square section, bevelled afterwards, and supporting Roman arches separate it from the aisles. This whole part of the building dates from the XIth century and makes the Lamber church the oldest in Leon. 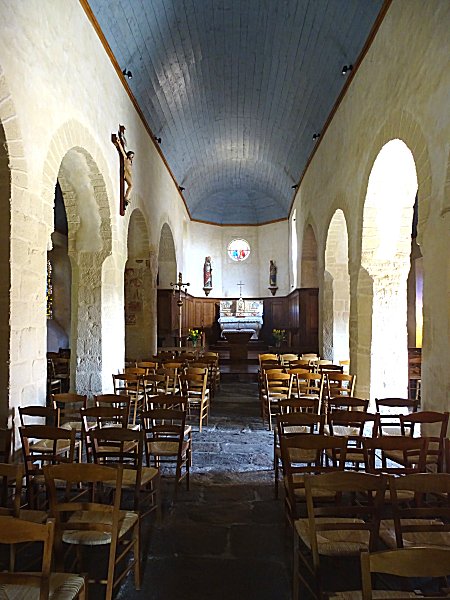 On some pillars there are frescos that appeared under the layer of lime during works in 1992. They could date from the XIVth century. Nowadays, a well conducted restoration would undoubtedly reveal new ones.

All these parts of frescoes appear in a frame. There are fragments of the coat of arms of the Mescouez family, lords of the former neighbouring manor, who distinguished themselves during the Hundred Years' War.


Behind the high altar, one can admire a pretty tabernacle of the end of the XVIIth century, with twisted columns. One will notice that exceptionally it is Saint Peter, and not Christ, who appears in the center of the door. The flagellation and the crowning of thorns are represented on both sides. 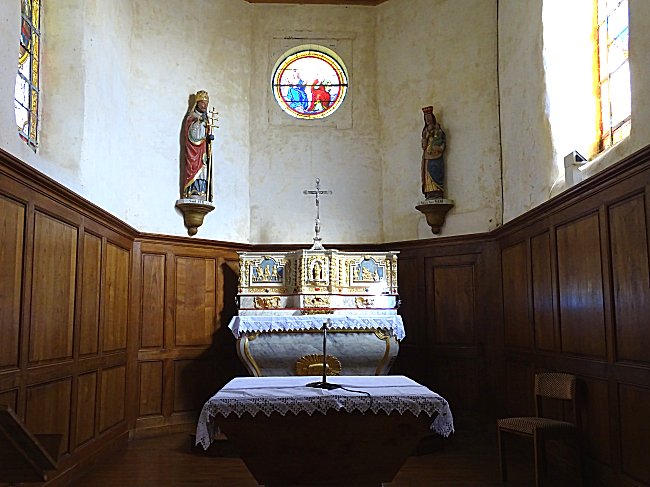 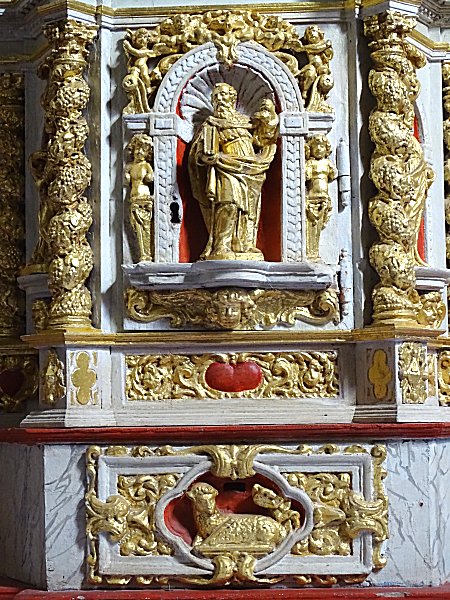 The statues of Saint Peter with ties and of the Virgin Mary overhang it.

The aisles welcome two altars of the XIXth century dedicated one to the Sacred Heart, the other to the Virgin.

The stained-glass windows of the chancel

Very classic, they were made in 1930 by Luc Fournier, master glassmaker in Tours. 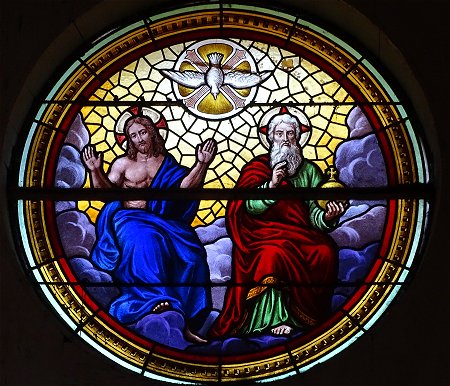 The stained-glass windows of the aisles

The other stained-glass windows of the church, very modern, are absolutely remarkable. They were made in 1954 by the master glassmaker Job Guével, from Pont-Aven, who used the glass slab technique. The broken glass fragments are included in a 3 cm thick cement. His wife, Lea, imagined the drawings and the composition. The two artists had met at the 'Ecole des Beaux-Arts'.

We read, in Breton, "Here is the house of God and the door of heaven". 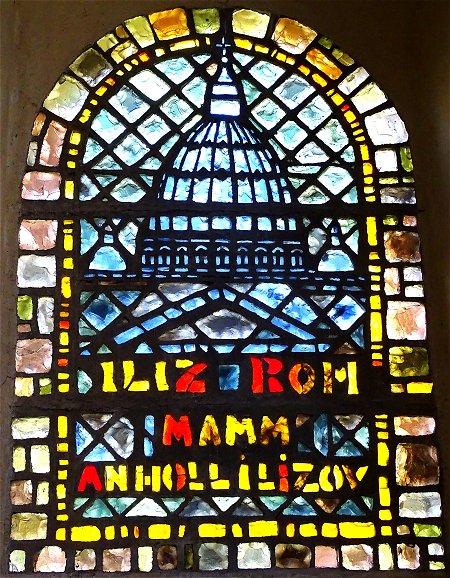 "Church of Rome, the mother of all churches"

Outside the church one will not fail to take a look at the Calvary of the cemetery as well as at the hight monolithic cross erected on a mound of stones. This superb cross was originally placed against the wall of the presbytery.


The small church of Lamber, in its green setting, thus hides several interesting elements, among which the most important are undoubtedly its medieval frescos which could be the work of the religious community living here in the past. If they are not understood, because they are still too fragmentary, the visitor must respect them as venerable historical remains.

1- The author Mikael Madeg reports in Contes et légendes du canton de St-Renan that in the middle of the 19th century, the parish of Lamber wanted to free itself from the tutelage of Ploumoguer. It then decided to choose itself a mayor. However, no legal election could be held, so the population tried to choose the future mayor at a party on the Krügel hill behind the church. A big potato was thrown from the top of the hill and the first one who could pick it up would be the lucky one. Alas, below, a pig escaped from its pigsty rushed at the tuber and devoured it.
The game became the laughing stock of all the inhabitants and since this failure, no mayor was appointed afterwards. 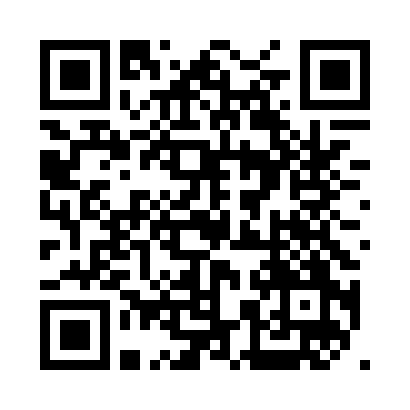