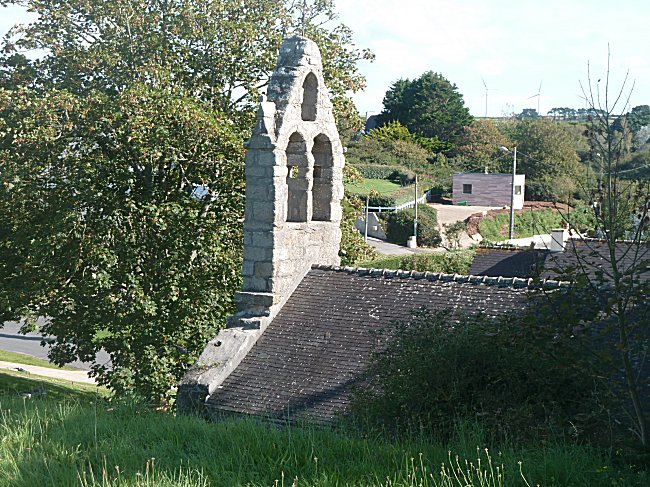 Access : From the village of Lampaul-Plouarzel, continue towards the port (left at the fork in front of the library) and then turn left into St-Egarec streat (signposted). At the roundabout, continue straight ahead. The chapel is on the right just after the next crossroads. 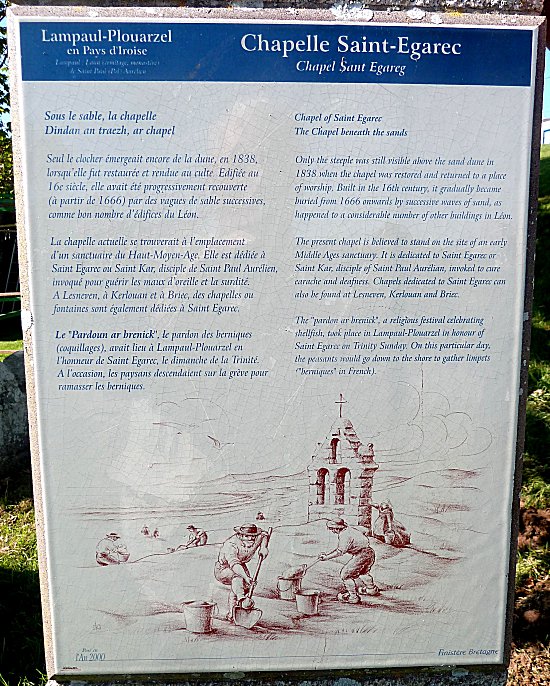 The Saint-Egarec chapel rises on the site where the tradition places an ancient hermitage of the VIth century. Saint Egarec would have been one of Saint Pol Aurélien's companions during his landing at Lampaul-Plouarzel with other Welsh monks. Saint Egarec is venerated not only in the parish but also in several others in Finistère where he is attributed the power to cure earaches and deafness.
According to researchers, his real name could be Kar and he could be from a place called Gwarec or Garrec in Wales. No historical document confirms this, but the hypothesis is plausible. 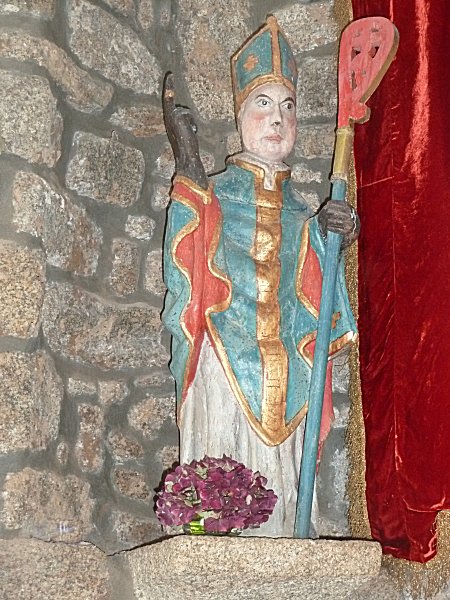 The statue of St Egarec, inside the chapel, shows him with a severe face, wearing a mitre and holding a bishop's crook.
This work from the XVIth century is pierced to fix a handle during processions.

This very sober chapel has a complicated history : in absence of archaeological excavations, there is no trace of any primitive hermitage or monastery, nor of a religious medieval building that would succeeded it.
However in the past, the ogival arch overlooking the entrance door was visibly inside the nave. Below him, the door and the stones around were put only later. The wall of the bell tower is thus all that remains of a construction dated the XVIth century, larger than that of today, which extended outside the current entrance. 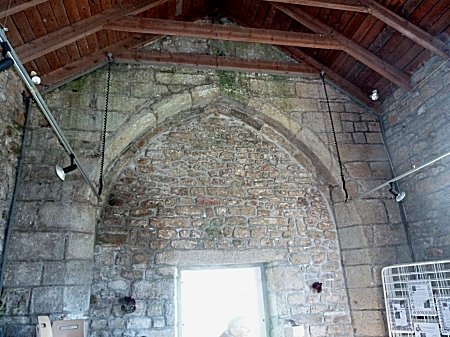 But the building has been coved with sand : the neighbouring sandhill inexorably covered it after each storm. The chapel, which had become dangerous and threatening to collapse, was abandoned in 1779.
Fifty years later, only its bell tower was emerging from the sand. Then the ruins were digged up of the sand. 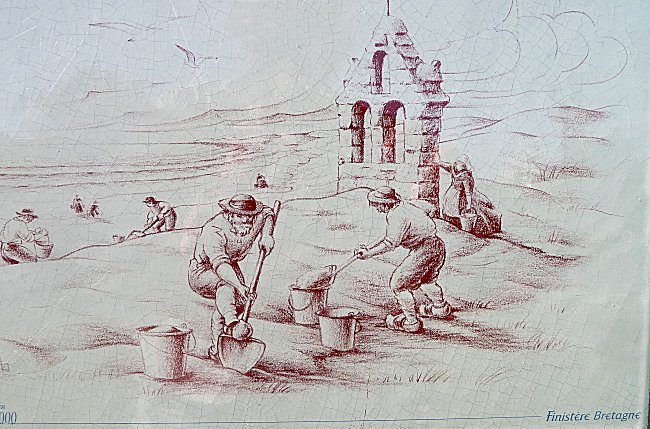 On the initiative of the rector Jean Stéphan, the works allowed in 1838, to build the current chapel as well as the walls which separate it from the sandhill. The new building could be returned to the cult and a "pardon of the breniques" took place there every year until 1895. In 1948, a restoration of the monument gave it its present appearance. 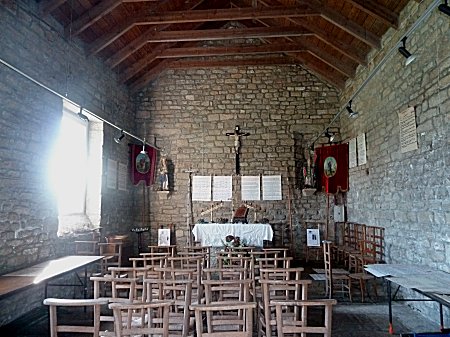 Besides the statue of Saint Egarec, the monument owns a Virgin with Child from the end of the XVth recalling that of the chapel Notre-Dame du Val in Trébabu.   Mary, with her right hand, gives Jesus an elongated fruit. The Child holds a globe symbolizing the universality of faith. 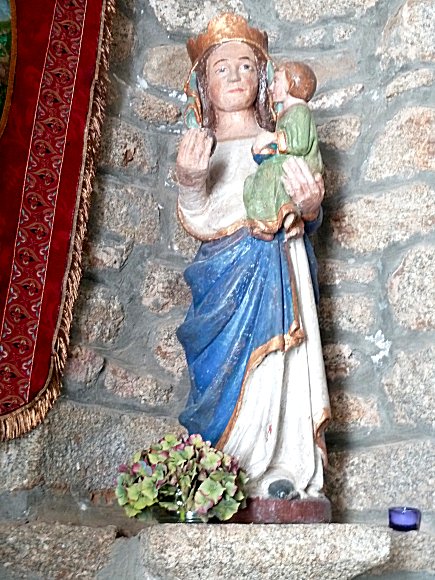 A modest chapel, like many others, but to which a tormented past confers an undeniable originality which reflects how much the faith and perseverance of a population can overcome the hazards of nature. 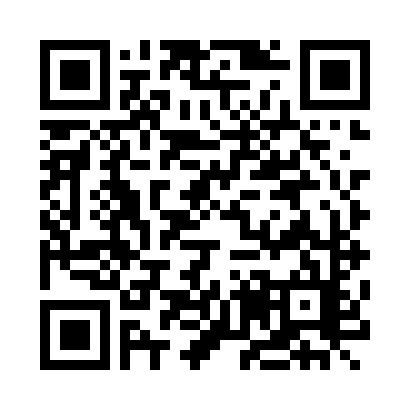