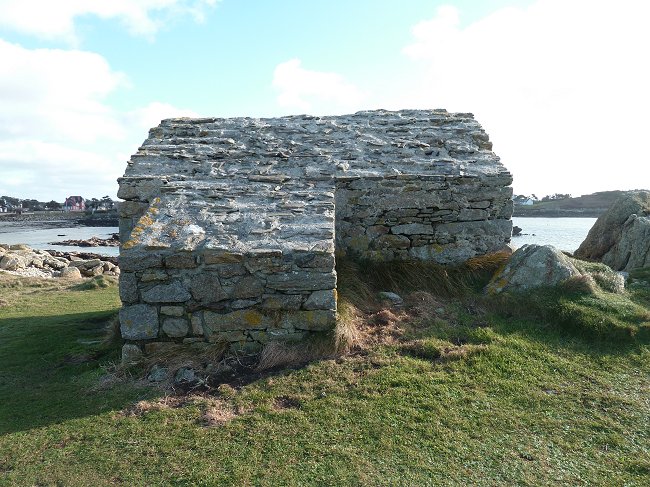 Access : Exit Argenton towards Landunvez and take the second road left towards the campsite. Park near the sea on the large earth platform located in a bend.
Cross the barrier of the coastal path and head left towards a building that can be seen at 200m, near the tip.

This tip, completely isolated, was used militarily to control the northwest access to the port of Argenton. To the west, the port is naturally protected by Yoc'h island. Opposite, its south-west access was controlled by an identical military construction on the Vivier peninsula.

In times of war against England or the Netherlands, as was often the case from the 17th century on, the defense of our coasts had become crucial. This defense was provided by a coast guard militia.
Each coastal battery typically had four elements:

- A guard house
- A store powder
- A sentry box
- A platform to one or more guns
Often a signal mast would complete the set in order to communicate with the ships. 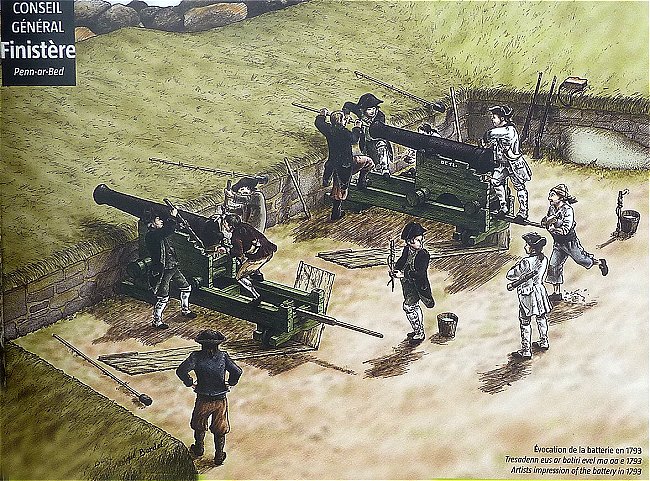 Here, none of the original constructions have been restored. So we have to try to recognize them among the ruins.
It is easy to identify the solid building located sheltered from rock chaos and forming the guard house. 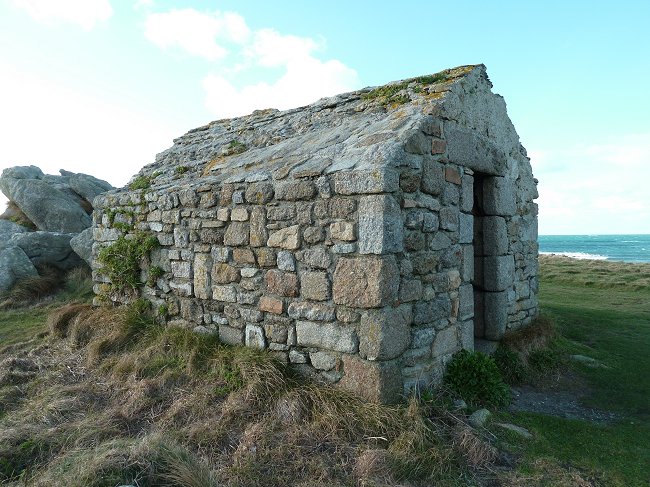 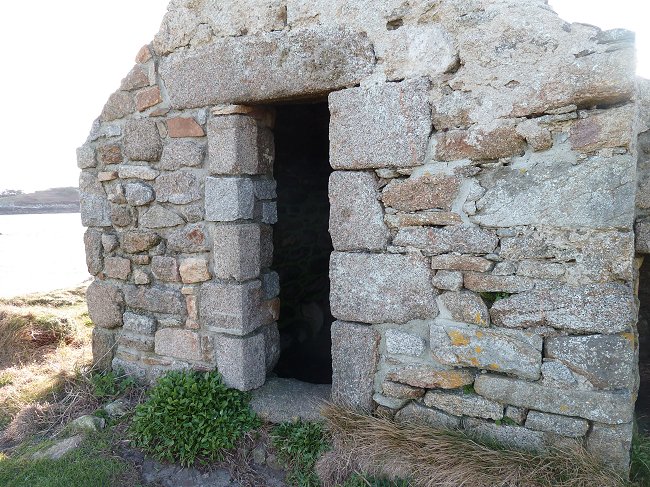 With no windows and a fireplace, it could accommodate at most only one or two gunners. 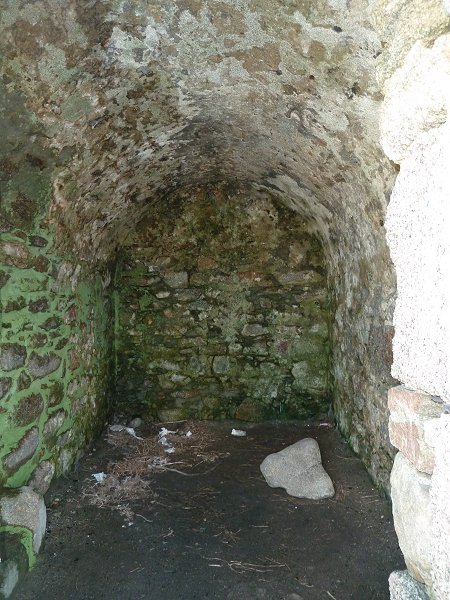 The small adjoining room was probably used as a powder store. 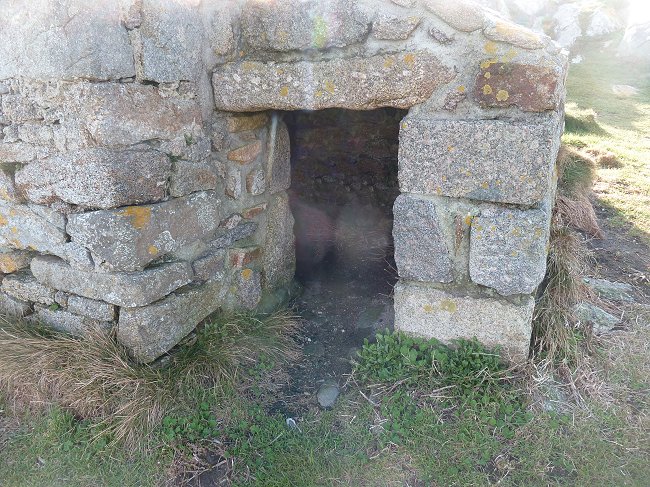 A passage allowed communication between the two buildings. 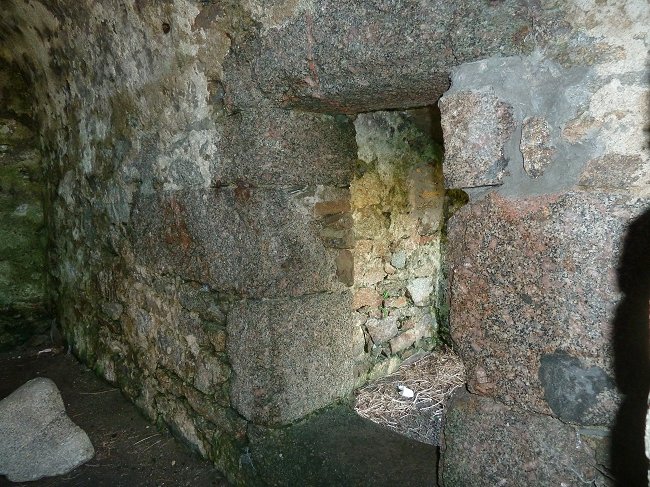 In order to identify the other defense elements, it is necessary to rely on a map of the land registry of 1844 (Archives of Finistère). 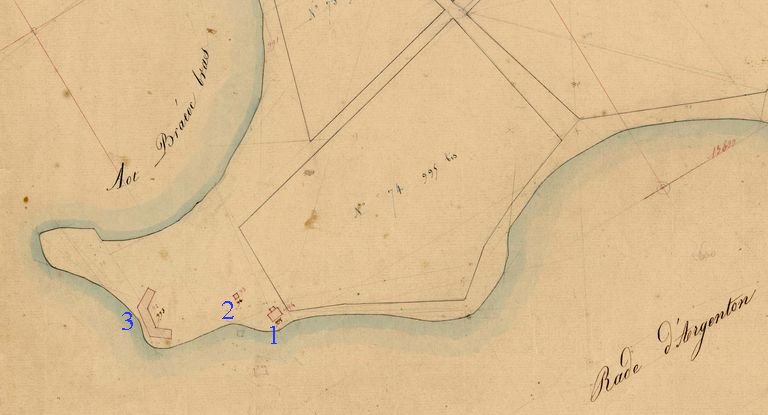 Traces of these various elements still exist. On the spot, thanks to this map, you will enjoy looking for them. 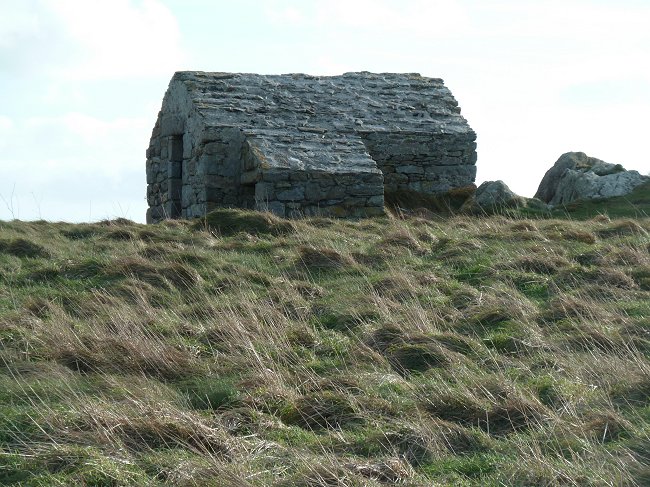 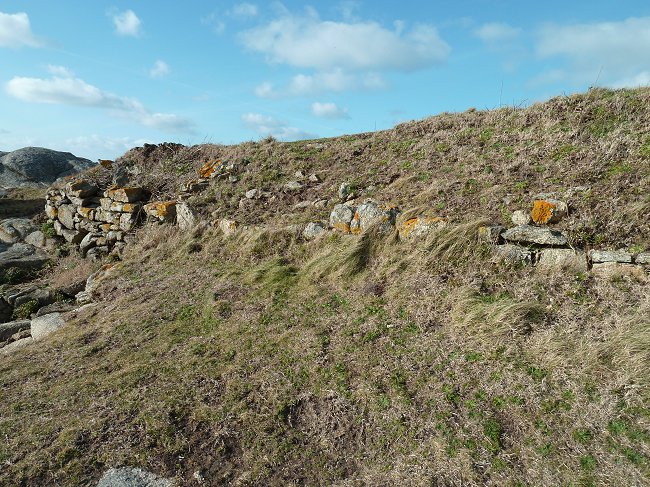 Regarding a battery of the same type but restored, in Lanildut, we will find on the internet a very detailed documentation written by Jean-Yves Besselièvre and put online by the Local History Circle of Lanildut: 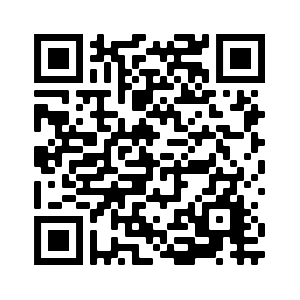