The house of Lords

Access : This fortified house is located at the port of Le Conquet. To get there from the town centre, take rue Clemenceau, turn right at the first street and park at the bottom at le Quai du Drellac'h. The Poncelin house, also known as "The house of Lords", overlooks the sea. It is privately owned and therefore cannot be visited. 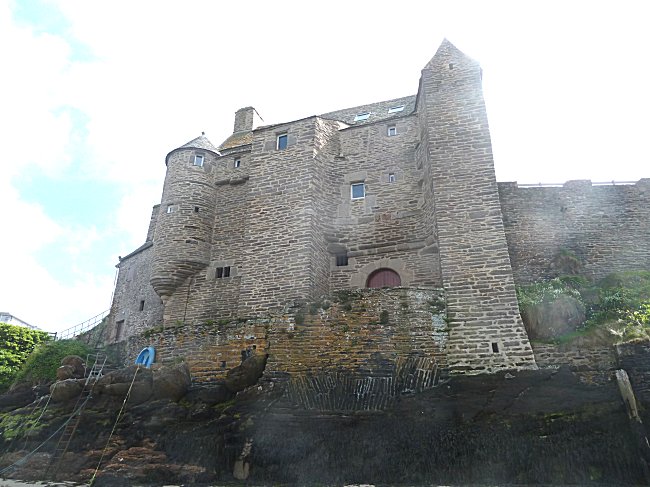 Looking up from banks of The Ria, the eye is drawn to this imposing fortified house with three towers. A property document from the Loire-Atlantique Departmental Archives dated from 1540, states that Jean Poncelin's father was yhe first owner and the building had been edified thirty years prior", which would date it at around 1510.
In fact, this fortified house was part of a complex designed to protect the port against the very frequent enemy incursions from the 13th century on, as well as to facilitate the collection of the tolls imposed on passing ships.
The original defence consisted of three staggered watchtowers along the south bank of the Ria. Only two buildings remain, one in ruins and another has been converted into a dwelling. These three towers predated the Poncelin house. 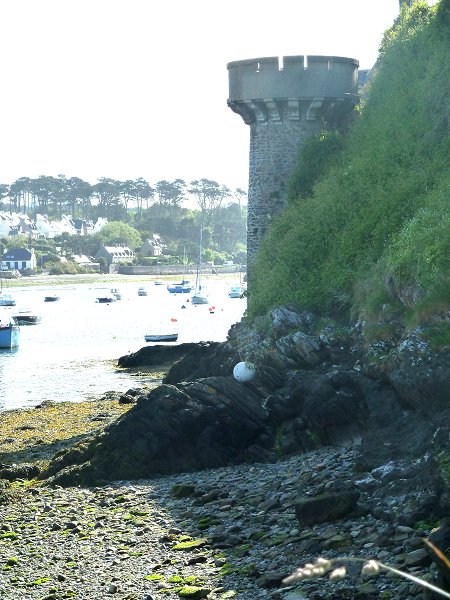 The Poncelin house is located at the entrance to what was probably a fortified complex. While coming from the sea, visitors crossed a gate that is still visible from the estuary side. 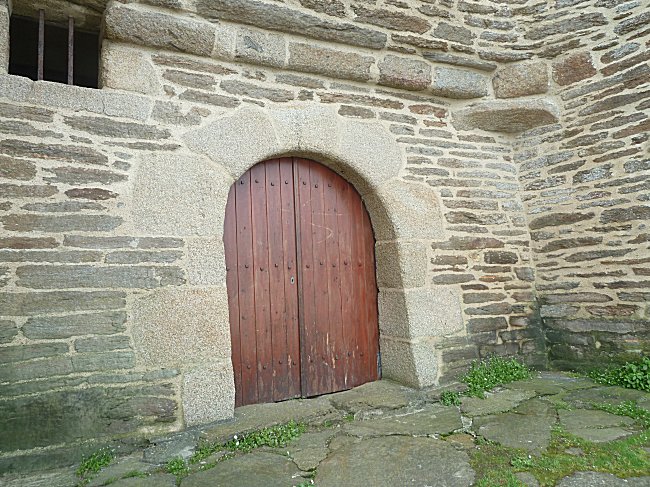 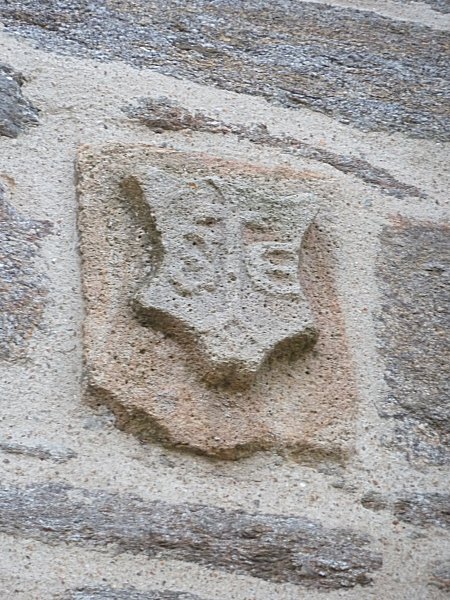 The coat of arms engraved above the sea gate

After the checking point, people would arrive in what is now the street. 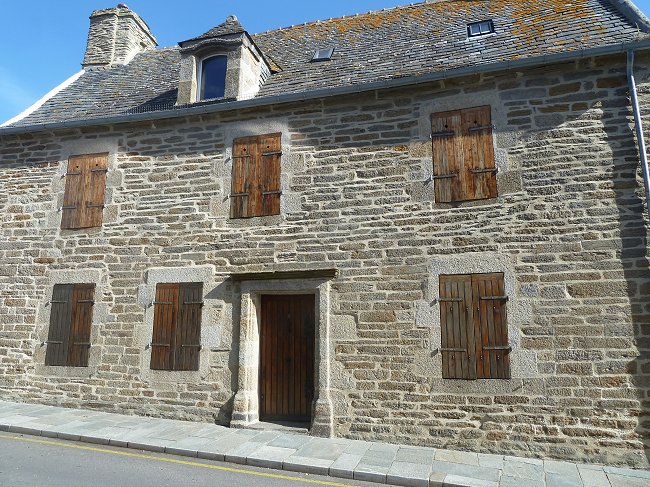 The current facade on the street side

The building is built directly on the rock whose crevasses were filled by slabs of schist extracted from a quarry located behind the Drellac'h inn. The window surrounds are made of Aber-Ildut granite. 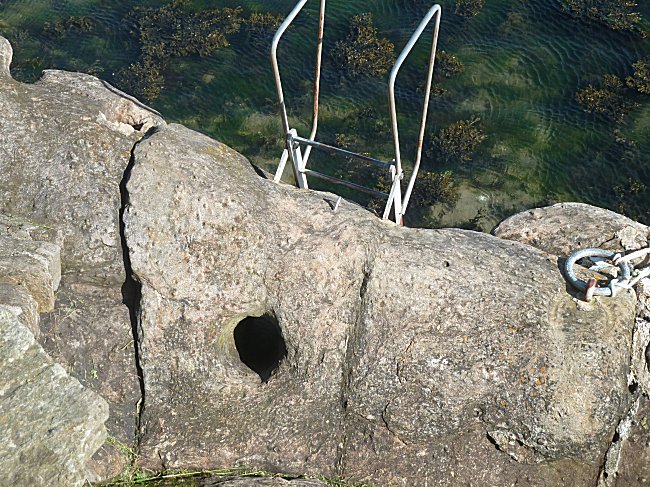 Below the house, the rock is pierced to allow ships to moor


The fortified complex was bordered on the east by a ravine carved out by a stream descending from the upper part of the town. This partially filled gully was for a long time known as the "Daredevil". Nowadays it is the Lombard ramp. To the east, the current dwellings occupy an old meadow from which anyone approching could be seen. To the west, an alleyway led down to the pebble beach by a staircase carved into the rock of the cliff. This side, closed off by the west wall of the alleyway, bordered a meadow which has since been built upon.
To the south, Lagadec / Briant Street and Saint-Christophe Street were the weak points of this defence. That is apparent from terms read in an edition of Chronicles of Froissart about the castle of Le Conquet : " It has been taken by the French during the reign of King John, but they would have been demolished because it was not worth taking or keeping".
This building was part of the property controlled by the lord of Kerlech, captain of the ban and the arrière-ban. It has been in the same family since the second half of the XIXth century. 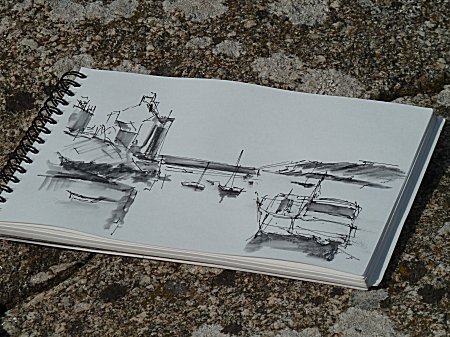 An invitation to listen to what the stones say...
Well documented and abundantly illustrated, this book offers the reader an eye opening experience of the streets and alleyways of Le Conquet.

Read about the Jean-Pierre CLOCHON's blog, , Le Conquet historian,
the point of his research concerning Faustin Rigollet,
former mayor and shipowner,
who bought the House of Lords at the end of the XIXth century. 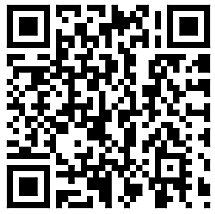