The retting pool of Lanhalla 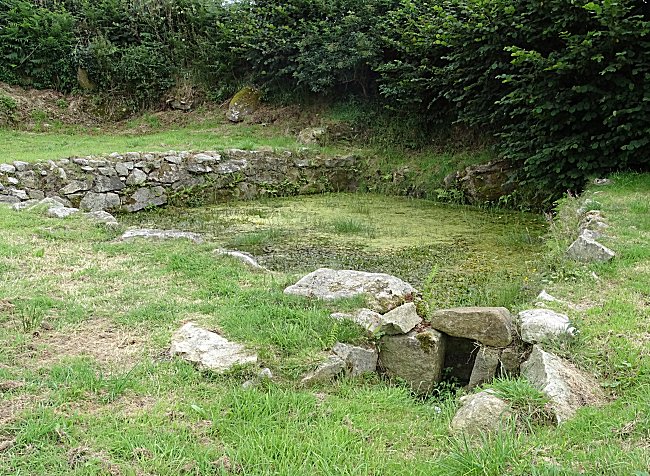 Retting is an operation involved in the treatment of flax. It is called 'rouissage' in french and the basin used for retting is named 'rouissoir'. The word 'poullin' (or poul-lin) in Breton is more expressive because it means 'flax pool'. The one of Lanhalla is signposted and an interpretation panel has been installed by the Community of Municipalities with the help of the association Tre Arzh of Plouarzel. 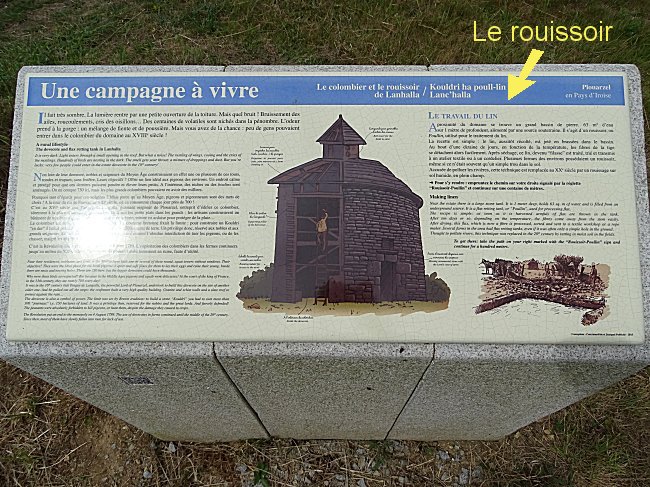 Access : From Plouarzel, follow the D28 road towards Brélès. At 3.5 km from the village, turn right ('Lanhalla' signs). Go past the dovecote on the left and park along the wide path that leads right to the retting pool located a hundred meters away. 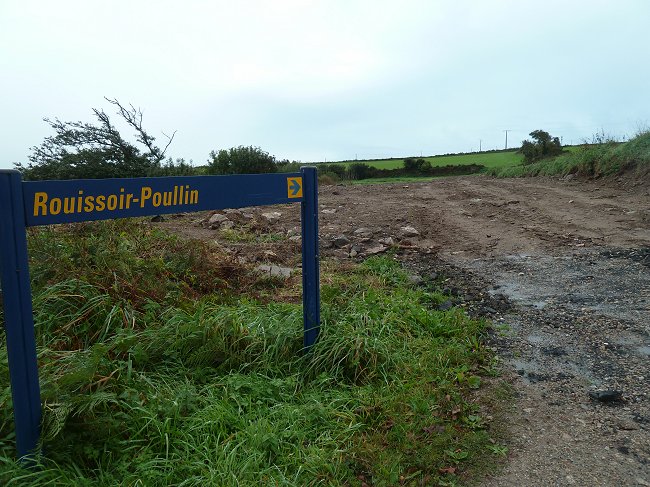 Be careful, recent works to fill in this wetland with large stones and rubble make access difficult for people with reduced mobility. 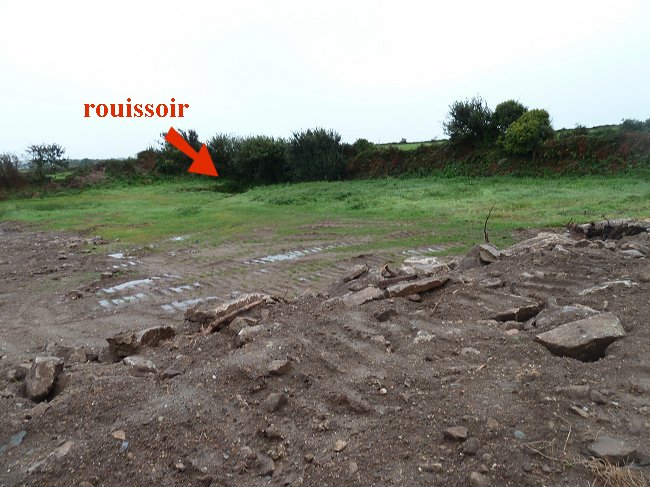 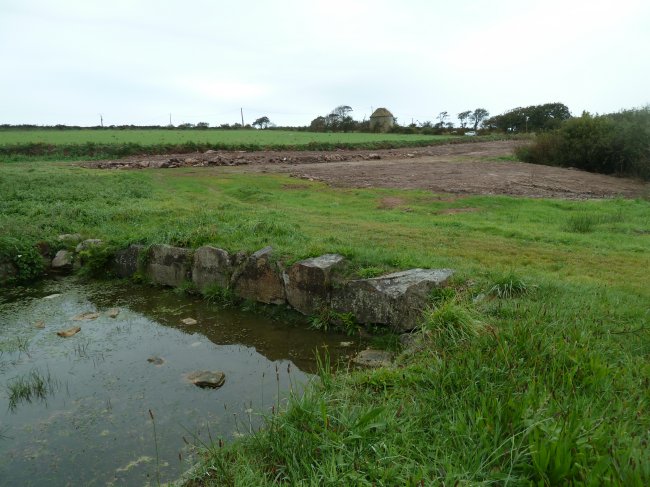 At first glance, you may mistake this large basin for a lavoir. It was completely buried in the vegetation, but it has been cleared by the members of the association Tre Arzh. However it does not have any paved perimeter intended for possible washerwomen. It is only a basin surrounded by a low wall made of large stones. 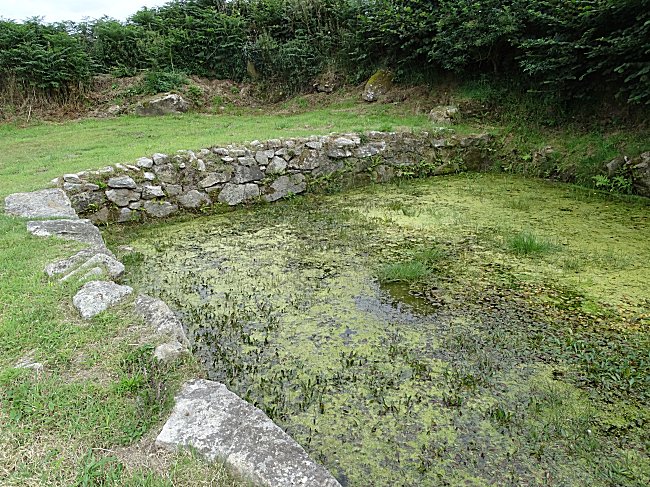 A natural source feeds it and we can see that a simple stone lock makes it possible to control the level of the water. 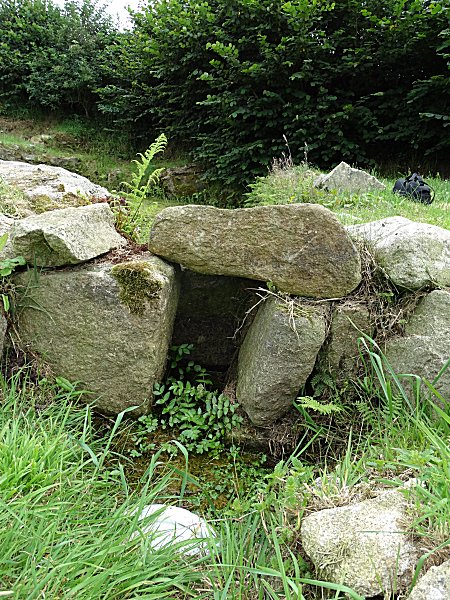 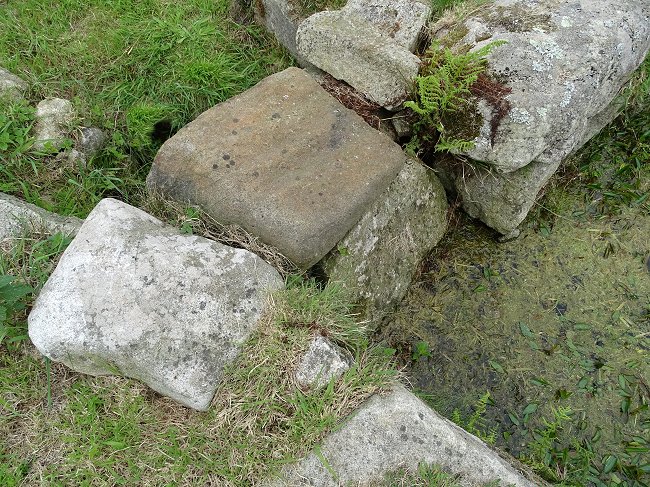 To understand the interest of this basin, it is necessary to know that during centuries the culture of flax was very widespread in Brittany. Among all the textile plants in the world, this plant is the first that has been exploited by man. After treatment, its stems provide thread to make canvas (especially to make the sails of boats) and tissue, tow and stuffing. Its crushed seeds give oil used in soap factories and to make paint. Until synthetic textiles dethroned it, flax covered Brittany with a beautiful blue colour when it was in bloom for only a few days in June. 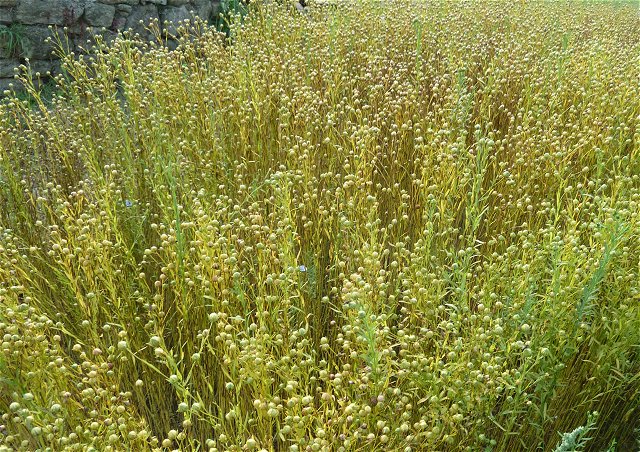 At the end of August, the stems having reached 60 cm to 1 m become dry. They are then cut and spread on the ground so that they absorb moisture and the micro-organisms begin to detach the fibres. This process can also be accelerated by soaking the stems in water for a few days. This requires a large basin, the 'rouissoir'. 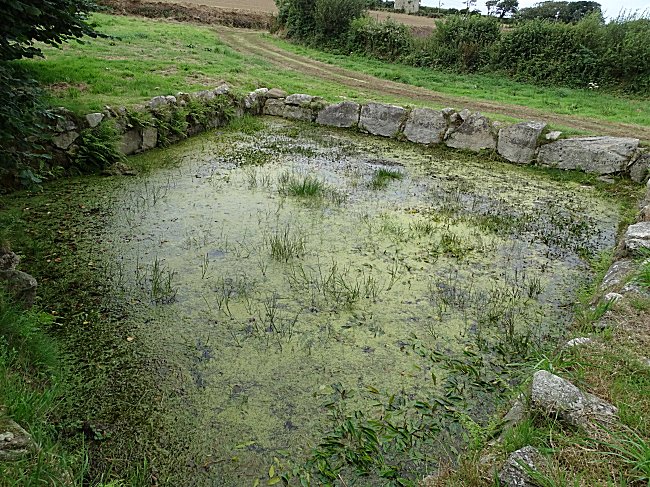 The retting pool before the works.


After having stayed in this pullin and dried in the sun, the linen was scented to separate the fibres from the wood. 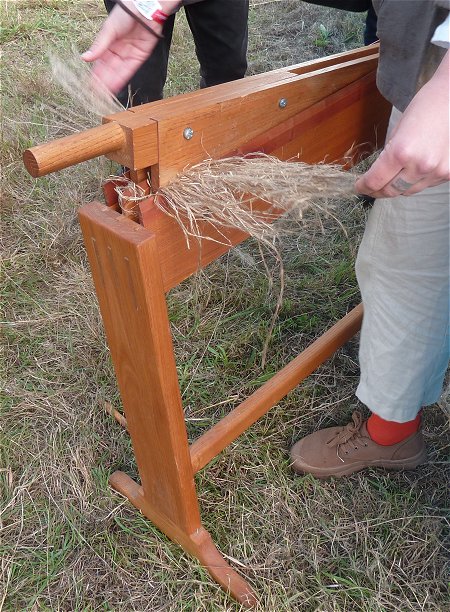 The scutching consisted in crushing the stems
to separate the fibres from their envelope.


Depending on the length of the stems, the yarn obtained was used to produce thread for weaving sails and bedsheets, or to make oakum for paper pulp or caulking the hull of boats. One hectare of cultivation can yield 30 quintals of floss and 15 quintals of seeds. 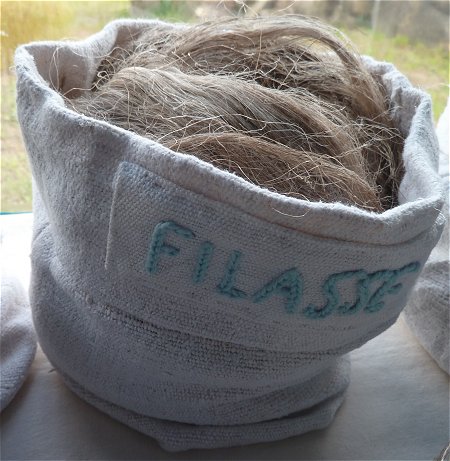 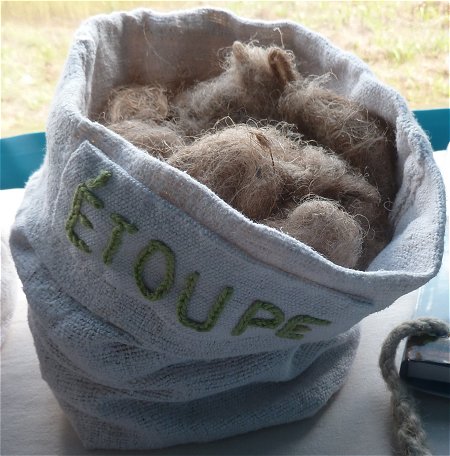 © Photos : Flax and hemp in Brittany exhibition
in Plouedern in 2021

Today, even though flax cultivation is growing slightly, there is no longer any use of retting pools in the countryside. Lanhalla's is therefore a testimony to an activity that was, without pun intended, particularly flourishing and which must not be forgotten.

One can find very detailed information on flax, its cultivation and its various transformations by consulting the Wikipedia site which devoted a whole study to it.

A lot of information about the restoration of the kanndi, the small buildings where the linen skeins were bleached, can be found by clicking on :