The Columns of Justice 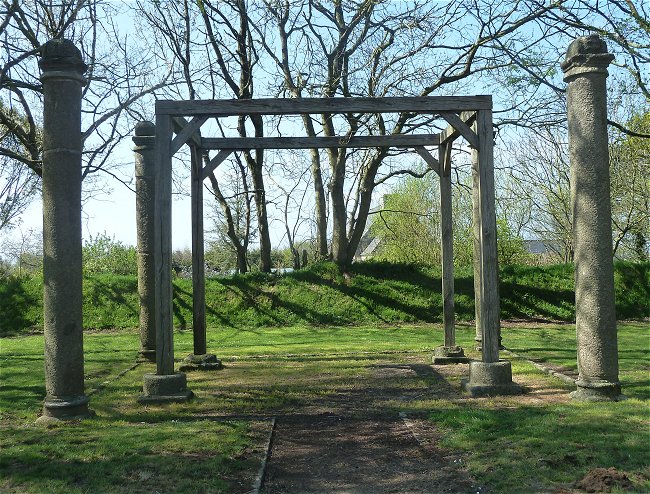 Access : On the D68 road, going from St-Renan to Argenton, pass the roundabout of Lanrivoaré and take 2.5 km further a small country road to the right, facing the road leading to the castle of Kergroadez. ("Colonnes de Justice" discreet signage). The monument is 500 m to the left of this road. A large lot allows parking and even picnicking under the shade.

In 1963, when the administration encouraged the municipalities to regroup their arable plots, leveling work revealed several columns cut in a beautiful granite of Aler Ildut and resting under the embankments bordering several fields all bearing on the cadastre. the name of "Goarem ar justisou" (Field of the gallows). The site, located in the municipality of Plourin between the hamlets of Kervéat, Hellès and St-Charles, was only 1.5 km away from the castle of Kergroadez. 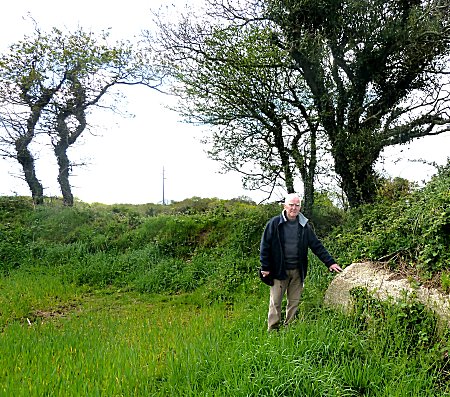 Jean LESCOP, shows the embankment where he discovered the column elements
among large stones gathered there at the time of the grouping of parcels of land.


Undoubtedly, it was the remains of the gallows linked to the former jurisdiction of the Marquises of Kergroadez. They had the rights of low, medium and high justice and could therefore pronounce death sentences and have them executed by hanging 1.
The monument, erected in 1561 and enlarged at the beginning of the XVIIth century, had been destroyed during the Revolution.
After consultation with historians, and comparing the discovered remains with similar constructions of which we have engravings - the best known being the gibet de Montfaucon in Paris - it was decided in 1977 to reconstitute the monument nearby 2.
The justice columns are therefore not exactly in their original location, but 400 m further west, in a place close to the former St. Charles Chapel, where the condemned confessed.
The reconstruction seems faithful as witnessed by other columns of justice located at the castle of Kerjean, in the municipality of St-Vougay. 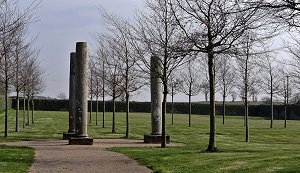 
The four pillars of justice frame the patibular forks, wooden construction whose sleepers supported the bodies of the condemned. 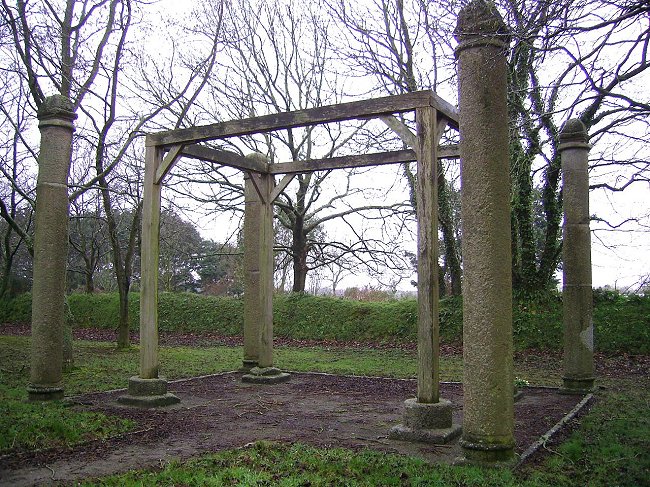 Did it really serve? Or did it only have a deterrent effect? In any case, it affirmed the seigniorial authority and this was obviously the cause of its destruction.

-2- Below: article published in LE TELEGRAMME of May 8, 1977. Documents communicated by Michel Le Vaillant, president of "Les Amis de Kergroadez". 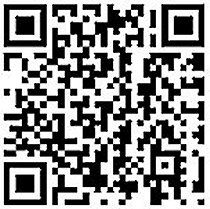