Private property.
Outdoor open to visit
during the summer period or by appointment. 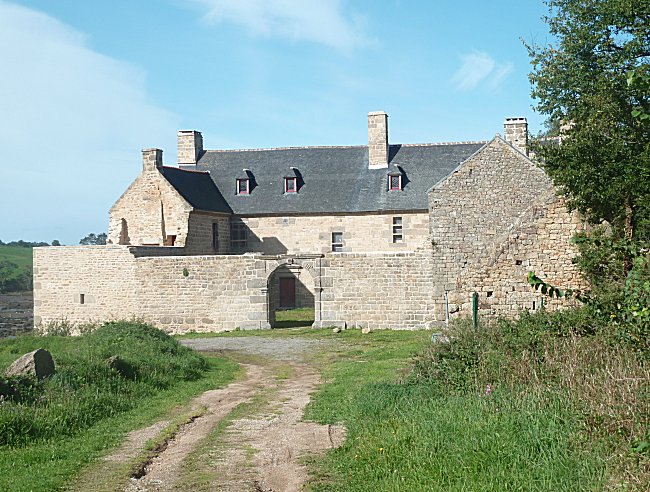 This building is probably not the first to have been built on this site. A legend called this location Kastell Meriadec, thus attributing it to the first king of Brittany Conan Meriadec from the end of the IVth century. But nothing attests the authenticity of this legend, nor, moreover, that of Conan Meriadec who would have been one of the friends of the future emperor Maximus landing from Great Britain in 383 to dethrone Gratian, the Roman emperor of West. It is known, however, that in the fifteenth century a noble house preceded the present mansion, which dates from 1599. 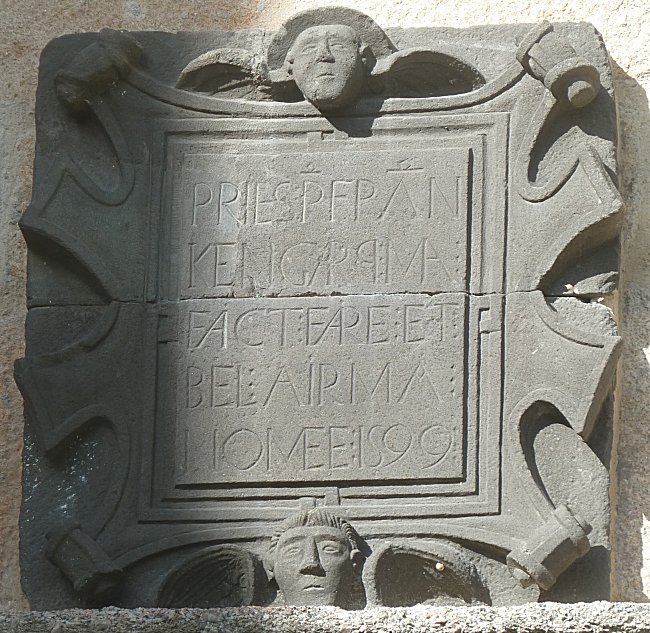 On this cartouche that can be seen on the frontage giving in the courtyard of entrance, one reads:
PRIES P FRAN KENGAR q MA FACT FARE ET BEL AIR MA NOMEE 1599
("Pray for François de Kerengar who made me do and Bel Air named me. 1599")

The building was built by François de Kerengar and his name Bel Air comes either from that of a large threshing floor, or that of a widening of the Aber Ildut River, Porzh an Or Gaer (Cove of the Belle Aire) which extends at the foot of the manor. This river forms an aber, always chosen as a shelter for navigation. In this cove was found in 1933 a superb 3000 year old bronze sword that could be related to the Armorican tin trade.

The rear facade of the manor is still protected by a shallow ditch above which it is possible that a small drawbridge allowed access to the central door. 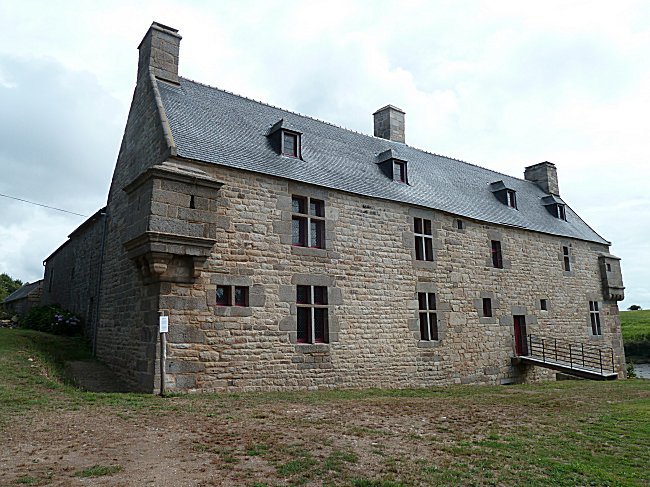 The openings are small. At each corner of the wall a watchtower can monitor access and passages on the river. 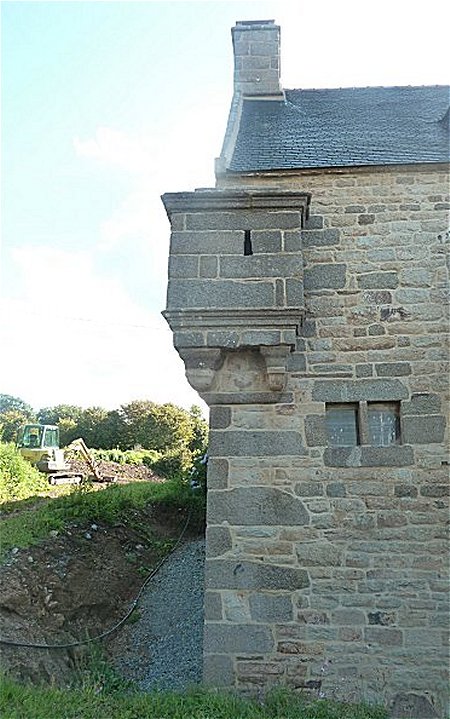 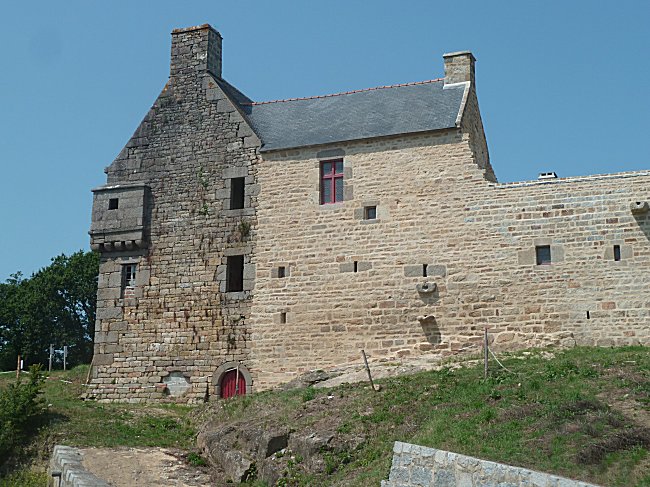 View taken in 2015. Near the cellar door you can see the opening of an old bread oven that has now been restored. 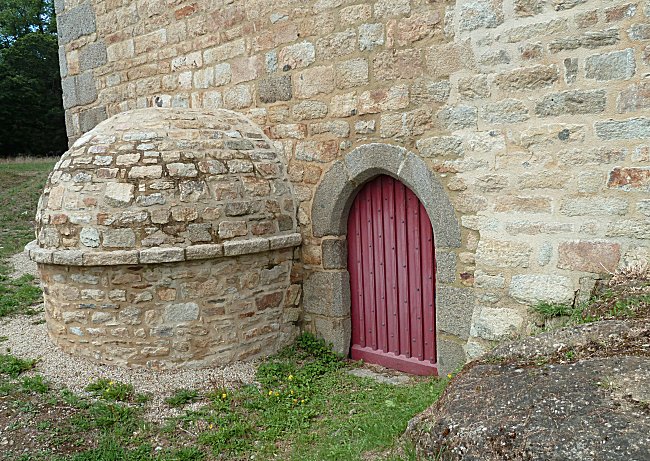 A bilge and a dock filled with four guns overlooking the cove of the Belle Aire. These cannons, restored by a specialized laboratory of Nantes, come from a wreck, but it is quite possible that the dock was also equipped with it formerly. In the photo above, the red door opens on the cellars of the manor, a large space that allowed to store various commercial cabotage products such as salt or Bordeaux wine. The lords of the place practiced the maritime trade and were probably shipowners. This facade overlooking the river was defended by archers holes and loopholes for "couleuvrines". 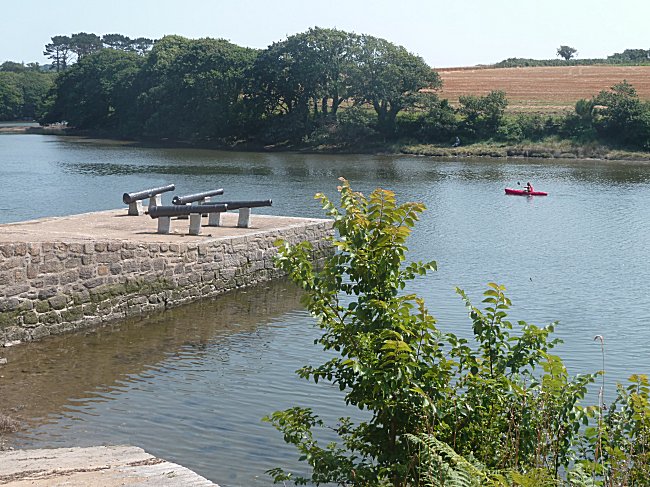 From succession to succession, the estate passed from Kerengar to Penancoët, then to Barber of Lescoët and Clairambault who sold it in 1810 to a former boatmaster named Tanguy Leostic. His successor, Ildut Bazil, made it a factory of iodine and soda from "tali" (algae kelp) harvested by seaweed workers. A veteran of the Napoleonic armies, Baron Grivel, then bought it and his grandson sold it to Baron Taisne, in whose family he is still today. 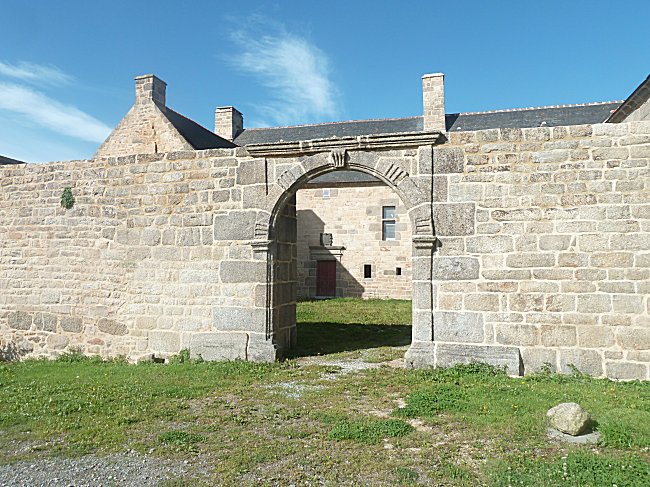 A porch, open in the east wall, gives access to the traditional entrance courtyard. Three U-shaped buildings delimit it. Despite the grass growing between the stones, it is paved as in most Brittany mansions. Only the central well is missing, but we know from the archives that a pump was installed in the northeast. The main door is surmounted by a triangular pediment in the Greek fashion, typically Renaissance. 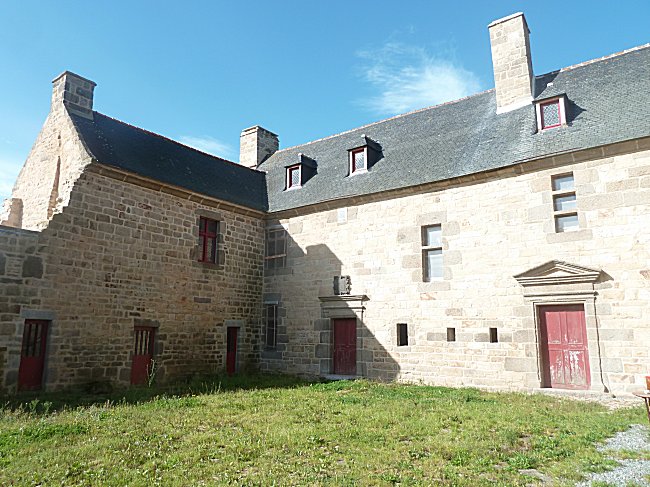 Above the second door of the main facade, you can see the coat
of arms dedicated to the construction.

The Bel Air manor had a chapel located in the north wing of the building. This dependence has been abandoned for a long time, probably since the Revolution, and has lost its distinctive elements. 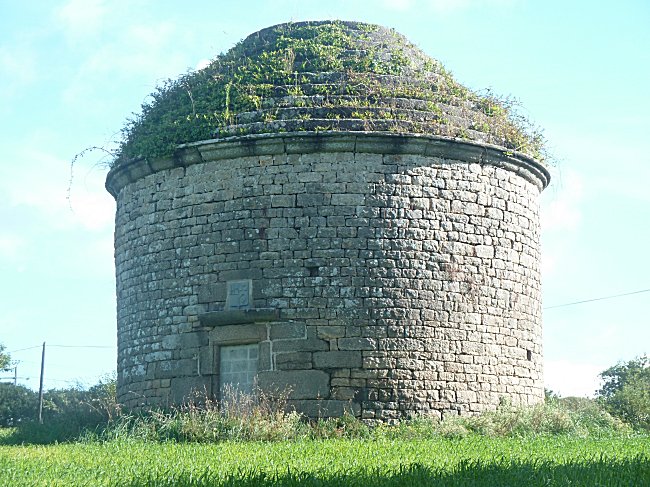 As you leave the estate, you will notice the imposing dovecote, in good condition, located in a cultivated parcel whose access is not allowed.

The seigneury also owned a chapel which has now disappeared and several water mills, the ruins of one of which are visible from the D27, very close to the parking area.

Access : Coming from St-Renan to Lanildut on the D27 road, stop after Brélès in the car park that stands just after the second driveway on the left, leading to the "Auberge de Bel Air". Continue walking down this alley and take the first driveway on the left. We arrive at the back of the mansion.

Bel Air Manor is privately owned. The exteriors are open to visitors during the summer period.


Thanks to Hubert BRIANT who provided the historical documentation, to Olivier MOAL who carried out extensive research in the archives and to Michel MAUGUIN who produced a heraldic study on the territory of the municipality of Brélès and kindly communicated it to us to make it available to Internet users below. 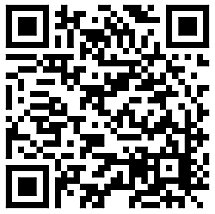