The English house
at Le Conquet 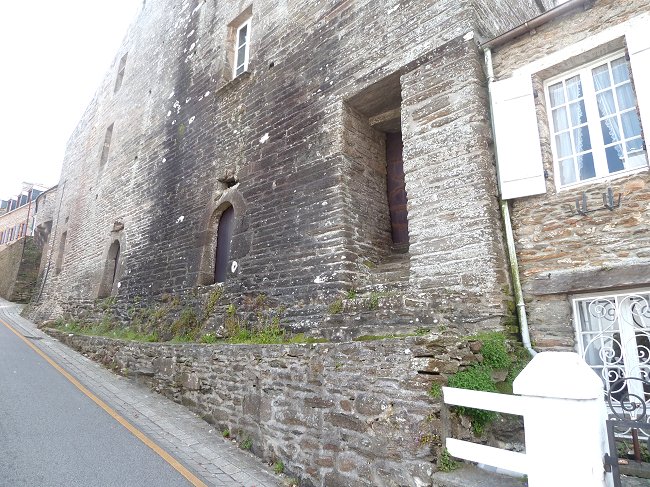 Access : Park in the centre of Le Conquet and walk down to the port via rue Lombard in front of the "Vents sucrés" bakery. The English House is halfway down the slope, on the left.


This fortified house, whose imposing curtain wall measures almost twelve metres high, dominates the Lombard ramp, and was built on the edge of a ravine. We can still see the substrates on which were the large mica slabs were mounted on, some of which are three meters long.

Note the rectangular holes ("boulins") used to anchor the scaffolding needed to build the wall. 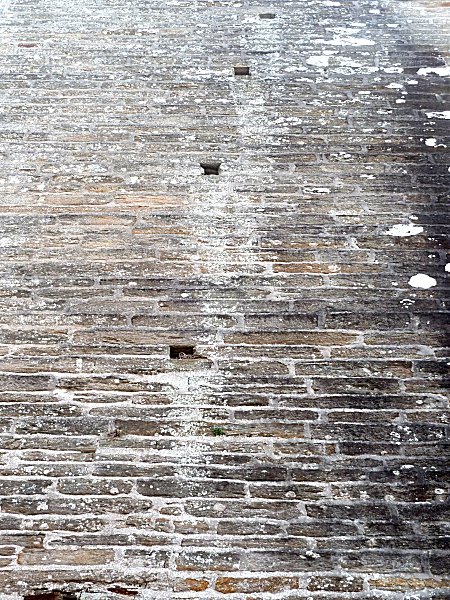 Between the wall and a rocky outcrop inside the building were cellars that served as reserves at the time that Bordeaux wines were transported by sea to England. The outcrop is continuous from the Golden Lion House to the Poncelin House. Its northern end has been cut by a quarry that can still be seen behind the Drellac'h inn.
Above the cellars was the dwelling. From the Lombard ramp side, note the right-hand side foundations. They are almost two metres above street level. There was probably another stream that flowed into the Lombard ravine at this point. 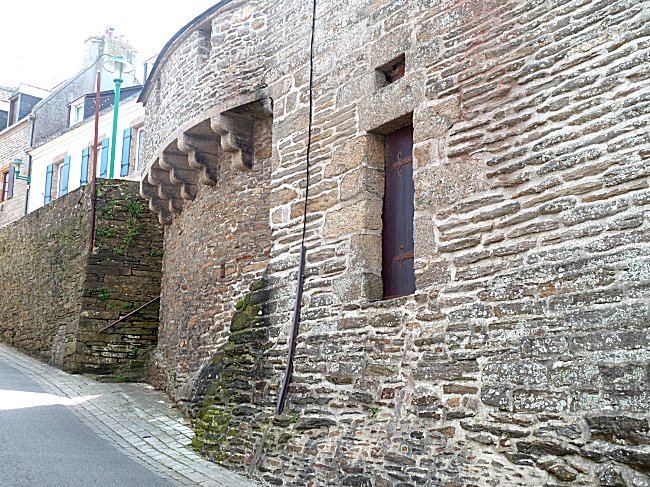 Following the destruction in 1558 and consequent reconstruction, it was probably occupied for some time by the English, hence its name "The English House" that remains till today. The reconstruction work was carried out using the rubble from the destroyed buildings. The south façade of the house is now higher than before. 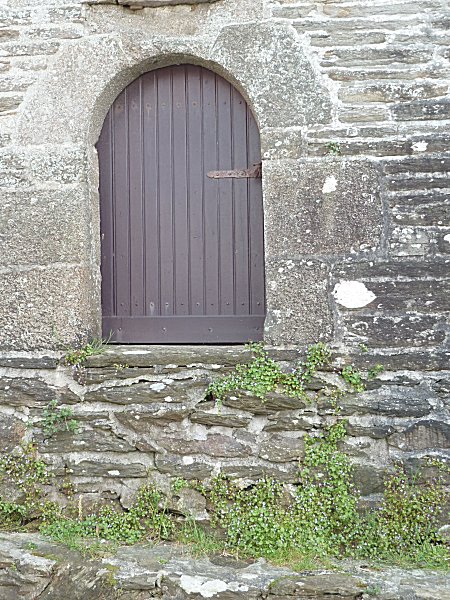 Today, a groyne or low wall closes off rue Lagadec/Briant. You will notice a stone table there. This was the booth where the ships' captains came to pay the tolls or "briefs". This stone table was protected from the inside by two slit loopholes (today filled in) and behind there would have been a drawbridge mechanism, that once lifted, made it possible to resist an assault.
On the upper floors, latrines can accommodate several users simultaneously, which suggests that this fortified house was also protected by an armed guard. 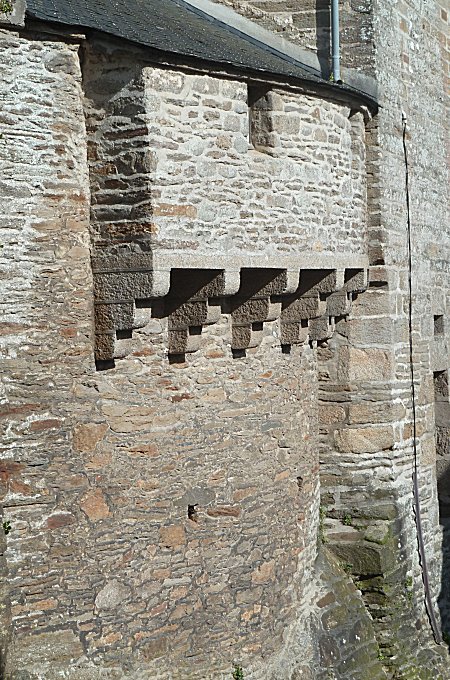 This house was also called "The small castle of Le Conquet". It depended on the lord of Kerlech. After the Revolution, it was inhabited by different families until its acquisition in the first half of the twentieth century by a family that are still in residence there today. 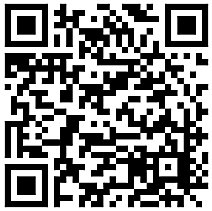