The buried dolmen of Saint Gonvel 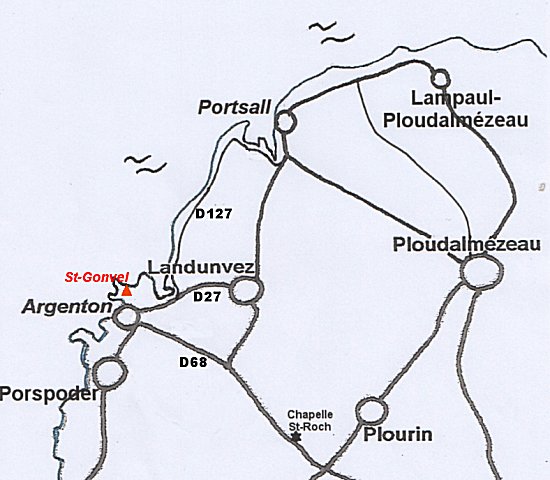 Access :   From the D27, between Argenton and the village of Landunvez, take lefts the small road to the west near a lavoir. This access road leads to the Beg ar Garo point where you can park. Continue on foot on the road. After 150 m on the left a path leads to the dolmen which is signposted. 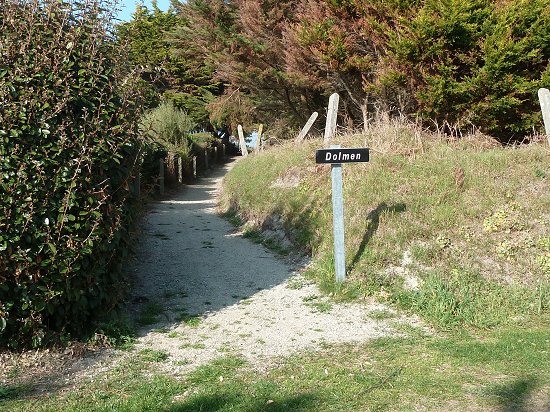 This dolmen was apparently called "Men Milliget" - The Cursed Stone - in the 19th century. Nowadays, its name would rather be "an Dol Ven" - The Coffee Table - according to the elders of the commune. 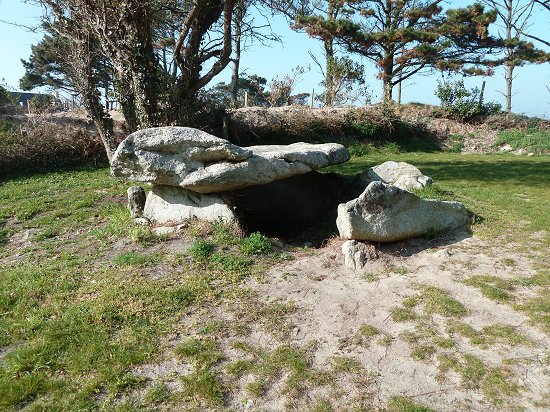 The monument, half buried, is located in a preserved dune area dominated by a mound formed by a rock outcrop.

A huge 3.70 m by 2.30 m slab covers six vertical pillars, overflowing them very widely. Inside, the sepulchral chamber measures 2.30 m by 1.70 m. The entrance seems to have been very disturbed.
All the stones are made of Landunvez migmatic granite. 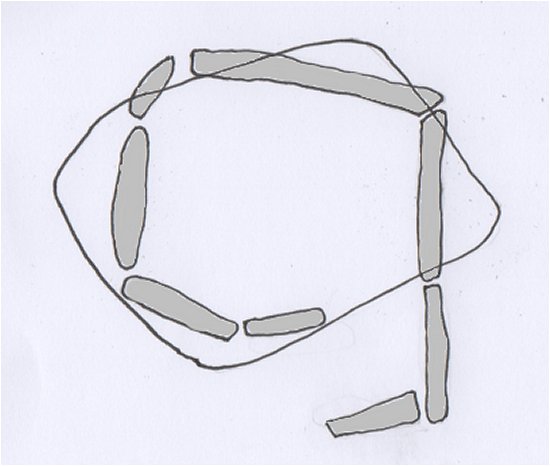 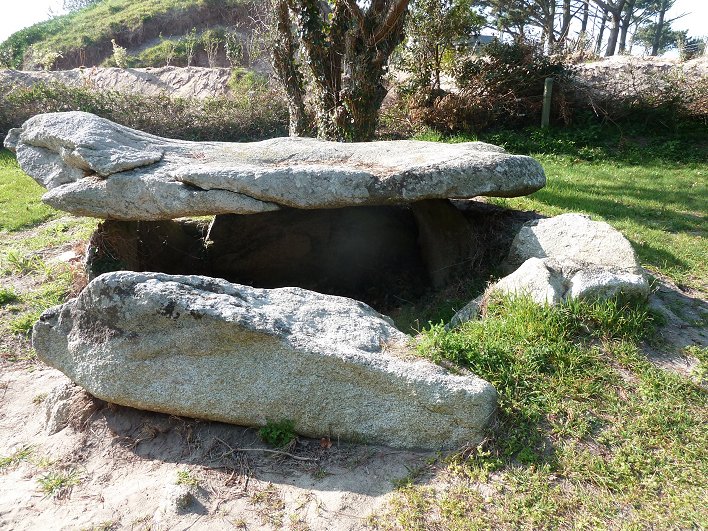 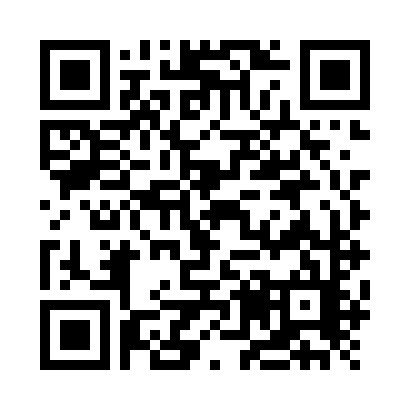