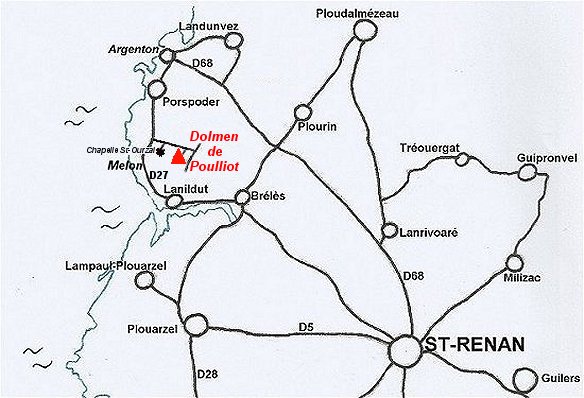 Access :   On the D27, between Lanildut and Porspoder, after leaving the small port of Melon in the direction of Porspoder, and immediately after the last houses of the hamlet of Kervezennec, turn right towards Traon Igou and the chapel of St-Ourzal. Go past the wide path leading to this chapel and 700m further, park on the right at the very wide junction of a stone path. Follow this path on foot for 150m. The dolmen can be seen on the left. A narrow path invaded by grass but signposted leads directly to it. 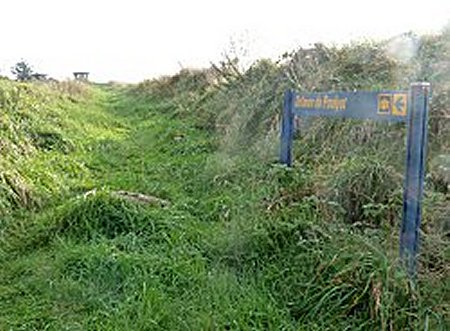 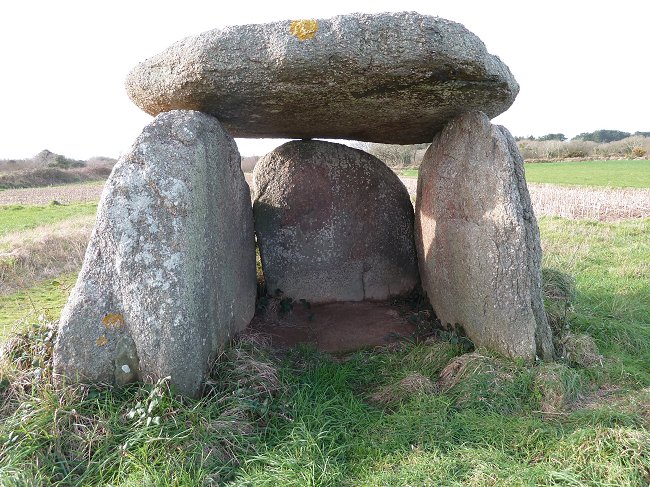 This dolmen is almost caricatural. It is composed of a single room and apparently no access corridor has ever reached it. The stones, with rounded edges, have not been worked. They were simply chosen from naturally deposited blocks and eroded during glaciations.
Three huge U-shaped pillars support the roof slab. The room, 1.60 m wide, measures only 1.30 m from the entrance to the bottom. Its height reaches 1,70 m. 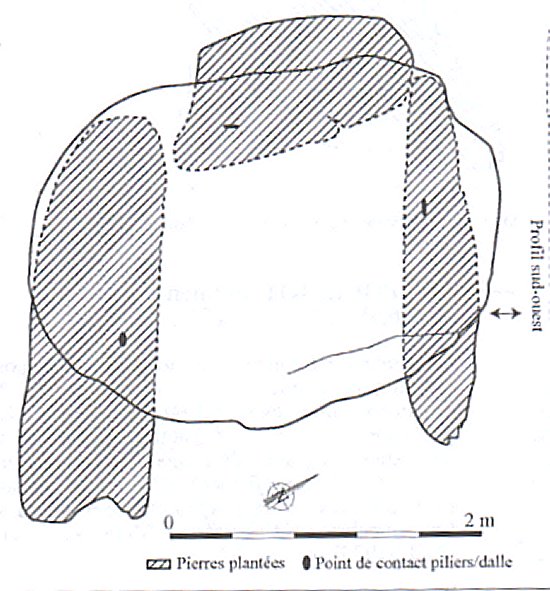 Map taken from Yohann Sparfel and Yvan Pailler :
"Megaliths of the Brest district" . 2009

It is probable that a cairn of small stones originally covered this complex in order to protect the tomb and that, here as elsewhere, these stones would have been looted, leaving bare this skeleton difficult to move.
Such a monument, which specialists call "simple dolmen" put us a question. One is tempted to attribute to it a great seniority so much its construction seems primitive. However, in the absence of a more in-depth study and excavations revealing an element of dating, one must guard against any chronology because one may be dealing with a type of funerary monument which, although contemporary with those which seem more elaborate to us, would present an architecture linked, for example, to a precise rite or to the social rank of the individuals concerned. 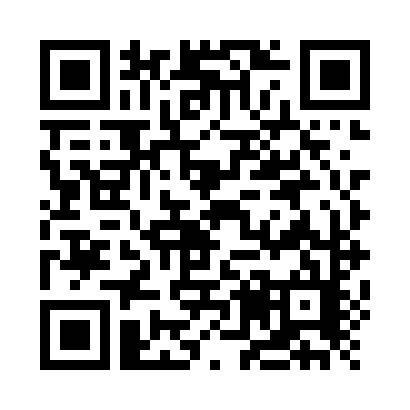