The great menhir of Kerhouézel

Classified as a historic monument on 22 February 1921 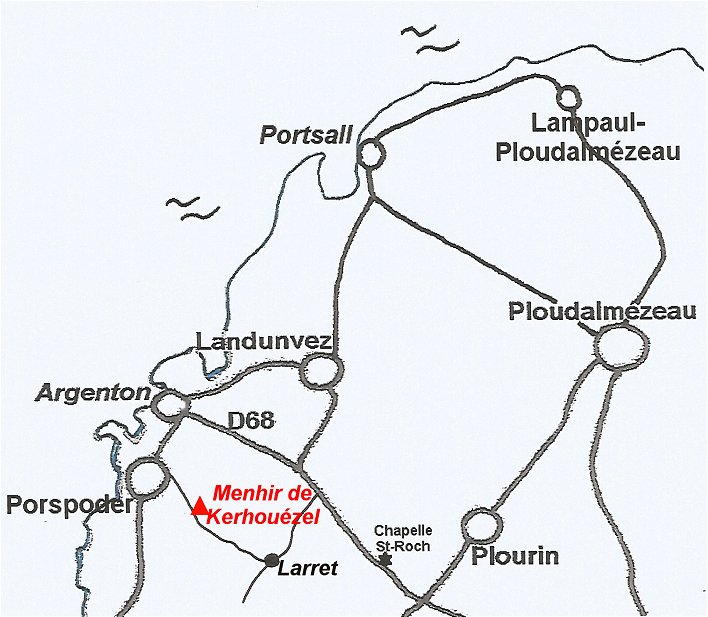 Access :   From St-Renan, take the D68 towards Argenton ( Ploudamézeau exit ). After the chapel St-Roch, turn left towards Larret and in this hamlet take a road immediately to the right. The menhir can be seen in a private field on the right after about 1.3 km. A small pitch allows parking in front of a passage in the hedge.
Since Argenton, the route is more difficult to find. Go towards Porspoder and turn left, between the houses of the village, towards Keroustal. Continue this small road towards the East. The menhir can then be seen 800m to the left. 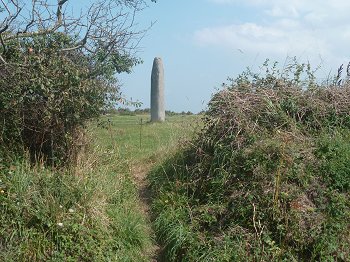 
Be careful not to enter the plot if there are cattle or if it is cultivated. 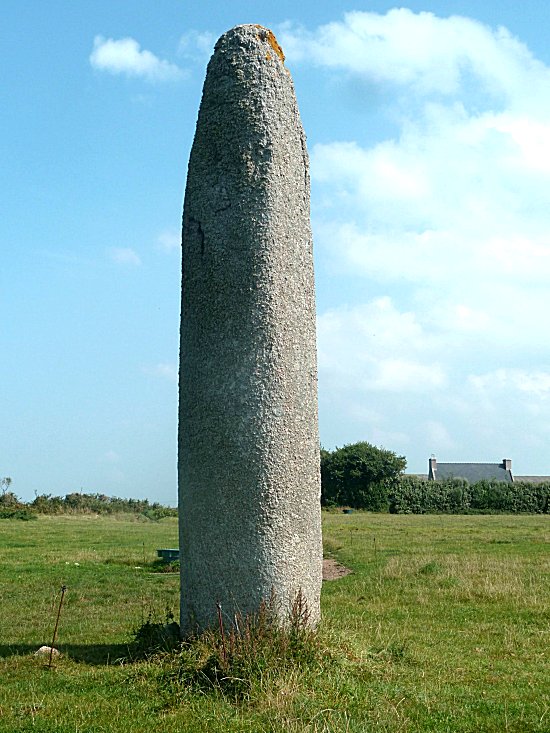 This large porphyroid granite stele from the Aber Ildut is very similar to the great menhir of Kerloas and is undoubtedly contemporary. The faces are meticulously bush-hammered, with the notable exception of a greyish enclave located near its summit which forms a natural growth of the stone and which seems to have been left as it is. We can also think that, as in Kerloas, this protuberance could have been used to block ropes during its transport, which would suggest a slight groove located immediately under this enclave. 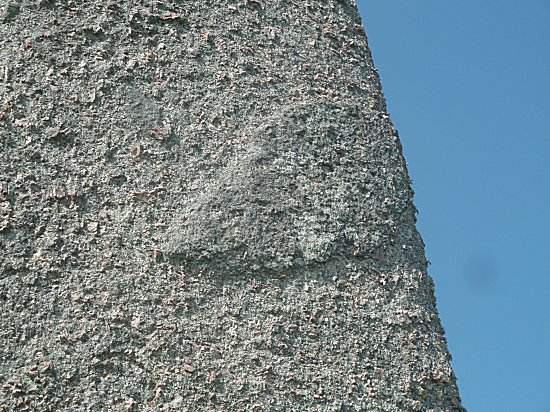 "According to a fisherman from Lanildut, Mr. Masson, the great menhir of Kereneur, over 6 m high, would turn on itself and go swimming at the sea. I could know neither the hours nor the days when the stone would perform such curious acts."

The town of Plouarzel, about fifteen kilometres to the south, presents in its old ossuary, near the church, an interesting exhibition explaining in particular how our distant Neolithic ancestors were able to detach from the rock, hew, transport and erect in vertical position such blocks of stone, some of which, precisely as the menhir of Kerhouézel, exceed one hundred tons. Information at the Tourist Office. 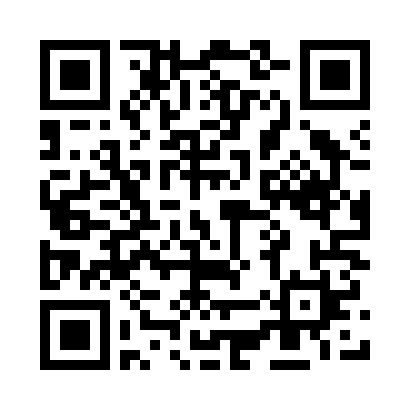