Porsall, the port of Ploudalmézeau, attracts many tourists still looking for traces of the Amoco Cadiz which sank in 1978 a few hundred meters offshore. From the imposing anchor of the giant tanker at the end of the wharf, a promontory dominated by a large cross can be seen towards the bottom of the harbour. It is on this height that are a menhir and especially a very original portal tomb. From this natural balcony, the panorama over the entrance to the port of Portsall is absolutely magnificent. 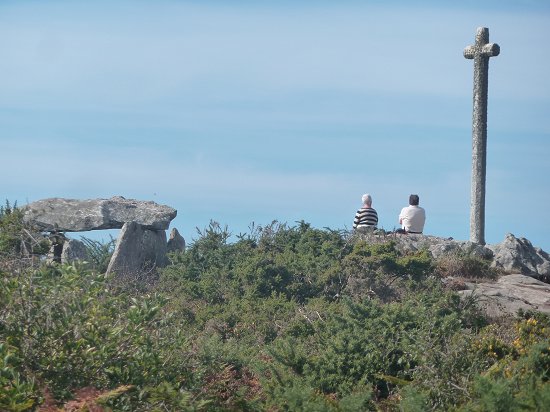 Access :   From Ploudalmézeau by the D168, Landunvez by the D27 or by the coastal road, you reach a roundabout before going down towards the port of Portsall. A car park is on the left of a second roundabout at the bottom of the hill. It is bordered by a pancake house, a restaurant and a fish shop. To the left of the restaurant, the GR-34 hiking trail leads to the megaliths 600 m away.
Access to the dolmen is not possible for people with reduced mobility because of the rock outcrops they would have to climb to get there. 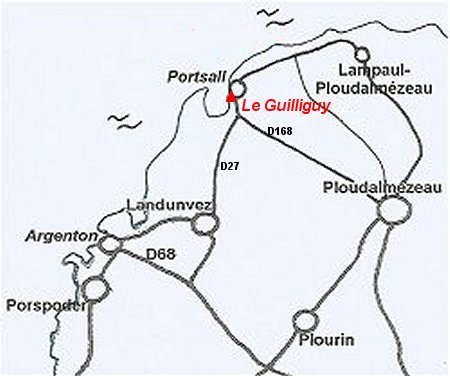 The Guilliguy menhir is 2.20 m high, 1.40 m wide and 0.70 m thick. Composed of Landunvez migmatic granite, it has not always been in this position: leaning west at 45° following, no doubt, an old clandestine excavation, it was straightened in 1992. On this occasion, flint and Neolithic pottery shards were found at its base. 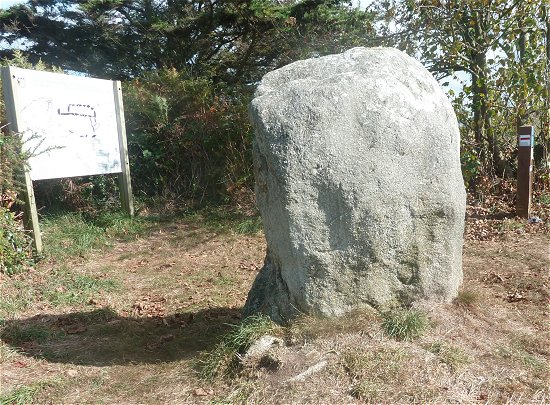 Near the menhir, a sign describes the covered passageway excavated in 1992 by M. Le Goffic, departmental archaeologist : 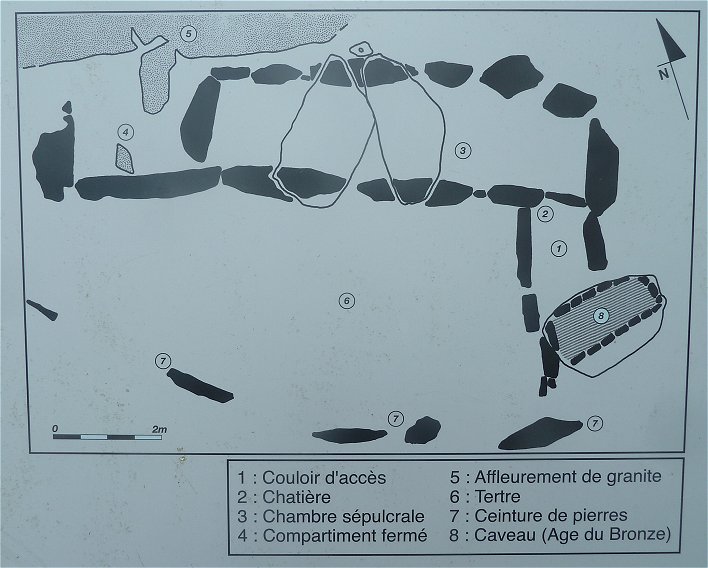 This Neolithic burial is based on the rock outcrop supporting the cross. All the stones are from this outcrop. The monument has several particularities :
- Its cover first. Only two slabs partially cover the long sepulchral chamber. At the western end of the monument, the cella is in the open air.
- The monument, 10.40 m long, forms a right-angled bend. That's where the entrance was made. The small access passage is separated from the chamber by a vertical slab with a very small opening on the edge, a 40 cm diameter cat flap. It is probable that it was blocked by the round slab of the same diameter that was found nearby. 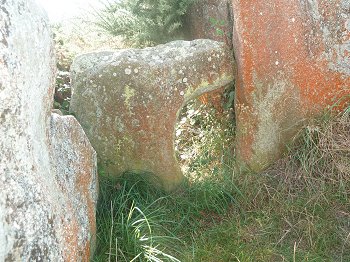 The cat flap seen from inside the chamber

South of the monument, 5 stones still in place, in an arc of circle, were to retain those of the cairn which covered all the burial. 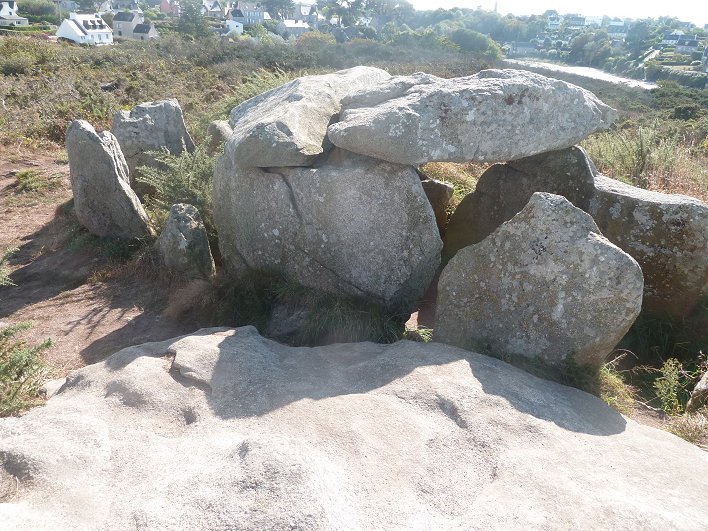 A carbon-14 dating was performed on carbonaceous traces taken from the walls of the entrance. The date range obtained is 3585 - 3161 BC. 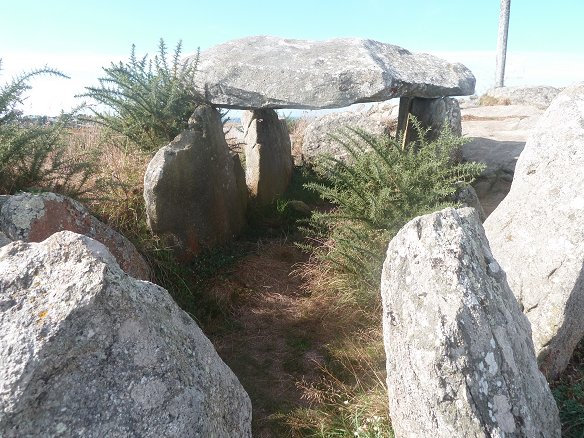 Excavations also revealed that later, in the Bronze Age, the entrance to the access passage was degraded by the excavation of a burial vault 2 m long.

The panel near the menhir shows the drawings of several pottery shards as well as important lithic furniture, blades, scrapers, flint knives etc... discovered during excavations.

It should be noted that the large cross overlooking the promontory was erected there at the end of the 19th century. It comes from a chapel below. 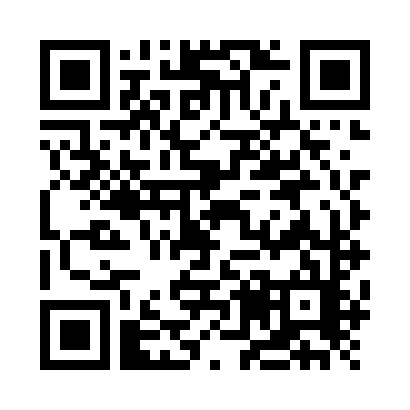