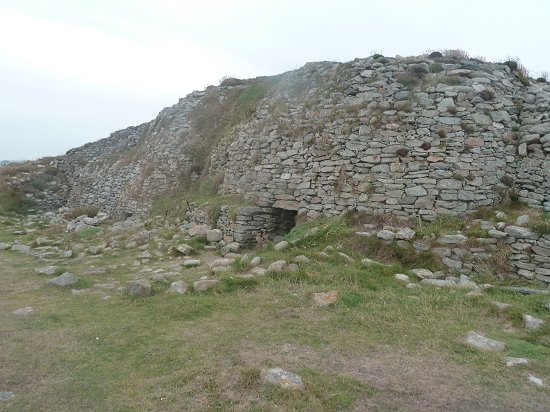 Access :   Located on an isle accessible on foot only at low tide , this superb cairn undoubtedly owes its well-preserved state to its relative isolation. Unfortunately, for even slightly disabled people, its access is not possible. 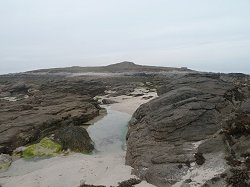 From Ploudalmézeau, take the D26 towards the dunes of Tréompan. At the end of the road, turn left onto the coastal road. The car park is 800 m further on the right ( NB: campervan height restriction gate ) or road access parking a few meters further on. It takes around fifteen minutes on foot to reach the isle : Cross the beach keeping to the left side over the rocks and wrack towards the isle. Trekking poles are recommended to avoid slipping. On the isle, do not attempt to enter the dolmen and above all avoid damaging the monument by climbing on it. The tide comes in quickly so beware ! 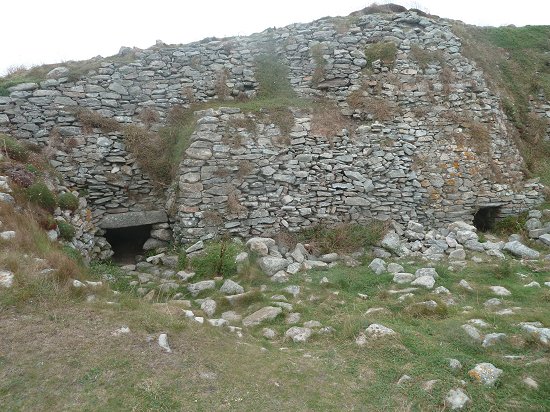 This cairn covers three dolmens ( standing stones ) with parallel corridors which were excavated in the middle of the XXth century. These constructions are Neolithic tombs. 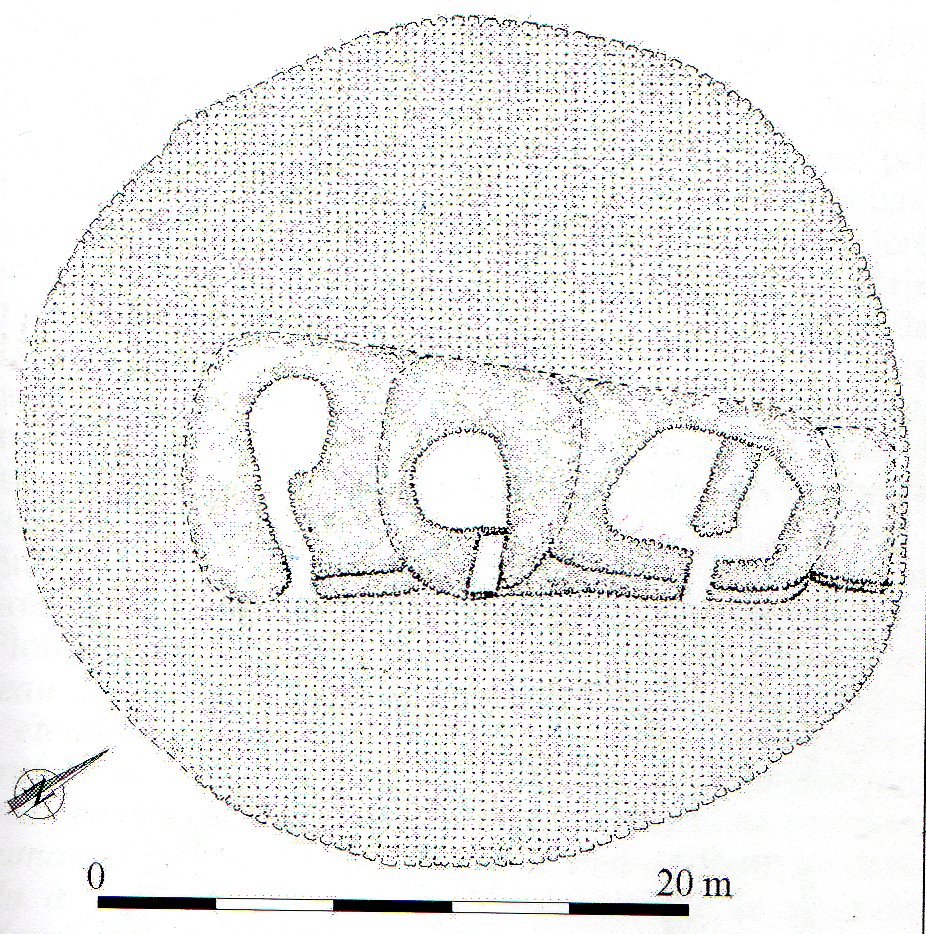 The oldest tomb in the centre and consists of a q-shaped chamber about 3.50 m wide and has a stone rubble vault ceiling. It is located at the end of a 2.50 m long corridor surmounted by 5 large slabs. The whole section is surrounded by a drystone wall.
The tomb on the left is very slightly set back. At the end of a corridor which is 4.60 m long there is a room a smaller room also surrounded by a low wall.
The third corridor, to the north, gives access to two rooms of uneven surfaces. They are separated by a partition and surrounded by a low wall. 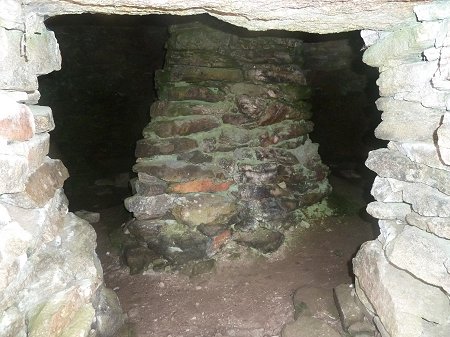 Whereas the first two dolmens date from about 4000 BC, the third is probably more recent by about 500 years and perhaps contemporary with the total covering of the three dolmens by a huge cairn 30 m in diameter.
Excavations have found numerous shards of small round-bottomed vases that archaeologists have long classified as "Carn style", as well as variscite beads and some polished blades.

Carn Island owes its name to the Breton karn - stone tumulus - from the Indo-European root kar ( hard), which gave the name cairn and consequently Carnac in French. In Breton, the same word karn also means the horse's horn hoof.
The tumulus on Carn Island forms a high mound visible from the shore. From time immemorial, locals thought that the cairn was the remains of a tower or a ruined castle. Hence the connection with the legend reported by Paul Sébillot, where "Lord Karn" is confused with King Marc'h, the name which designates the horse in Breton. 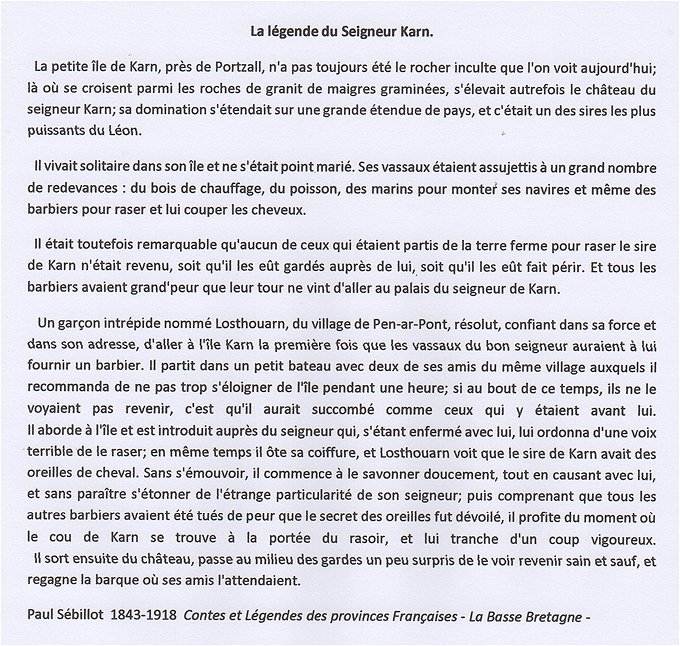 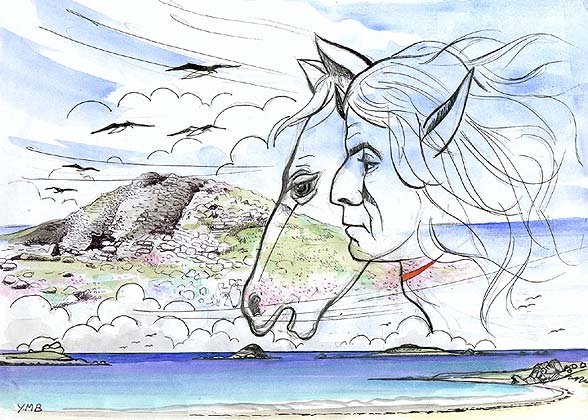 "The Legend of Carn Island." Watercolour by Yves Mériel-Bussy  © 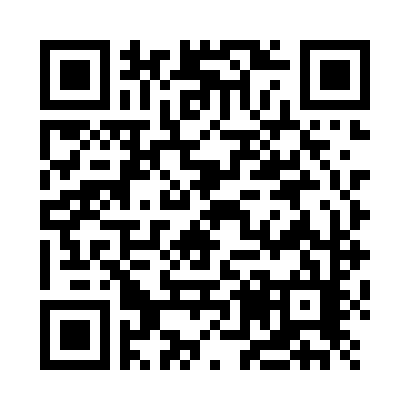