Access :    Leave the village of Tréouergat on the D 103 towards Guipronvel. The stele serves as a base for a granite cross, near the first road on the left. 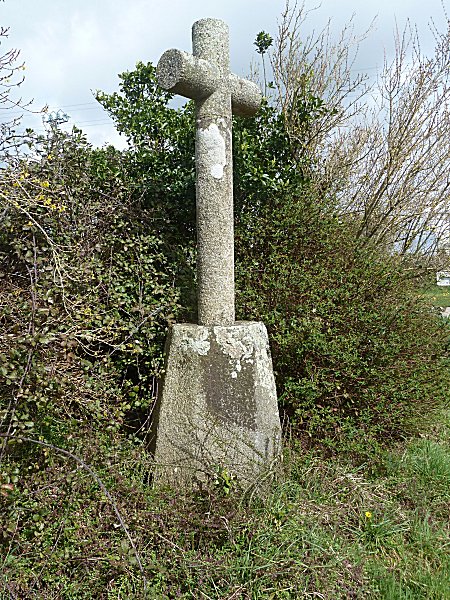 It is a very beautiful pyramidal stele of octagonal section, carved in a granite with large white feldspar crystals that includes two micas, one white (muscovite) and the other black (biotite). The first outcrops of this rock are located at a distance of one kilometre. 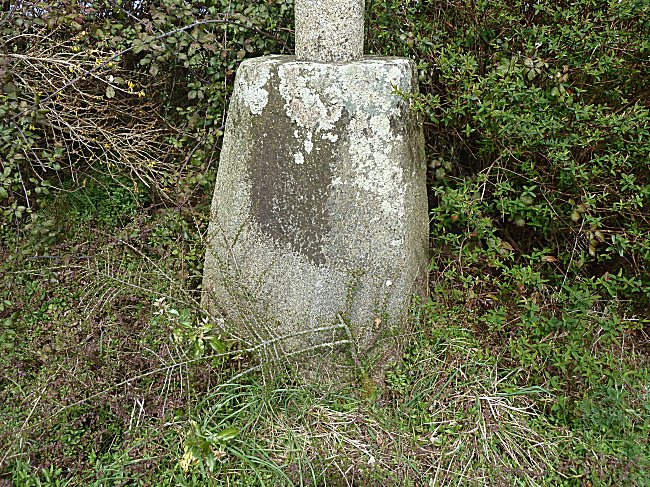 At a height of 0.70 m, it has the originality of having been partially included in the wall covered with vegetation bordering the neighbouring field. 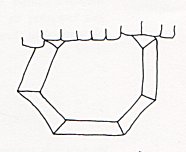 It can be seen that the two visible sides have a slight concavity like the one on the left in the photo above. It is likely that the other two, buried in the wall, were worked in the same way.
There is no indication as to where this stele comes from. The choice of the current location, at a crossroads, probably dates back to its Christianization. 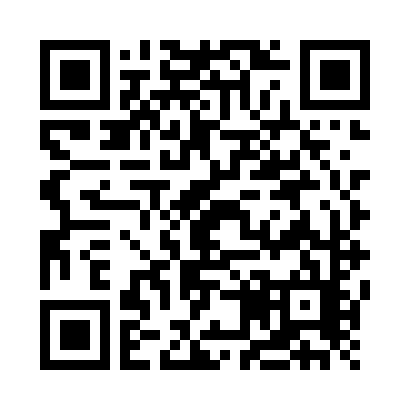