The forgotten steles of La Madeleine

It is really necessary to know that there are Gallic steles there, to be able to discover them at the foot of this abandoned calvary invaded by vegetation. 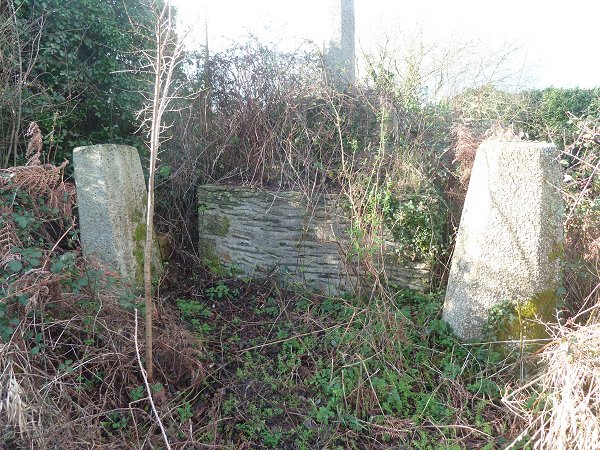 Access :    From Brest, take the D789 towards Le Conquet. At about twelve kilometres, after a great descent followed by a significant ascent, we arrive at the hamlet of Goasmeur. Turn right towards Saint-Renan. After 3 km, looking carefully, you can see on the left side of the road the top of a cross barely exceeding the vegetation. It is difficult to park along this busy road. It is better to enter the entrance of the field near the Calvary. It gives access to it.

From St-Renan, take the D67 towards Le Conquet. Then, 4 km away, the road leading to Plougonvelin. At 3 km, on the right side, park in a field entrance along the Calvary, whose summit can hardly be seen.

This private property is abandoned. In the Middle Ages, there was here a hospital reserved for leper women, and a chapel. The Calvary is the only vestige of these constructions. Despite the ferns, brambles and shrubs that have invaded the place, we can distinguish the steles, each placed at a corner of the Calvary. 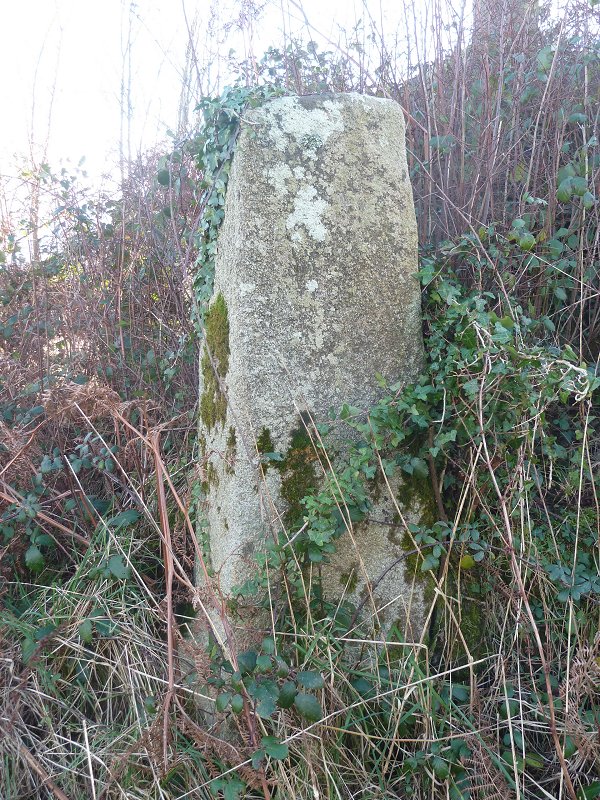 The stele on the northern corner, above, is the first to be discovered. Its section is quadrangular. It is 1.60 m high and has a small rectangular excavation at its top. 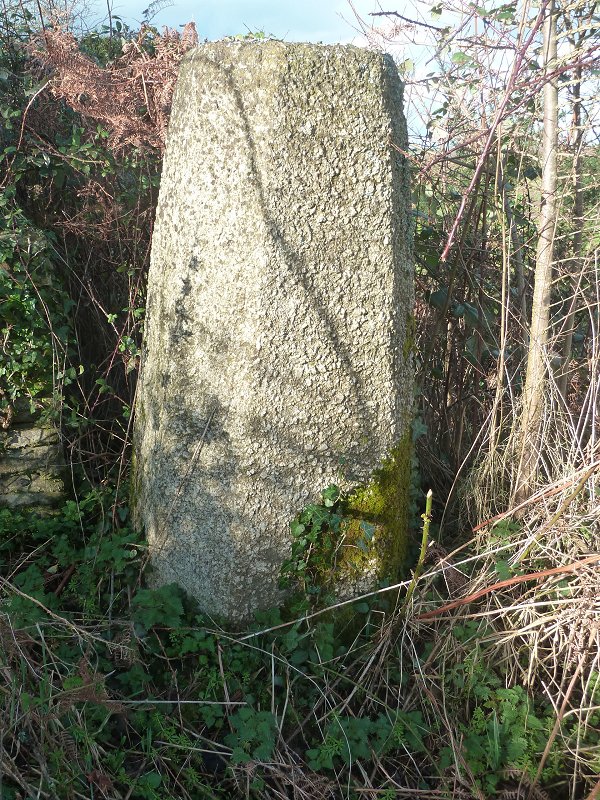 The East stele above, appears as soon as one wants to pass on the other side of the Calvary. Octagonal in cross-section, it has a slightly convex profile. Its height is 1.47 m. 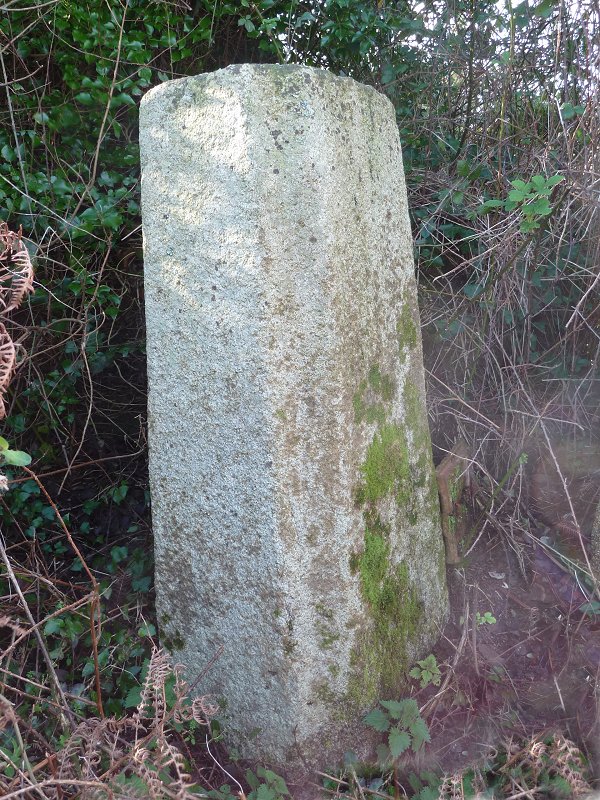 This stele, 1.29 m high, has concave sides. It was carved from white porphyroid granite from the Aber Ildut, 7 km away.

It is searched for in vain among the thickets. Its debris, while it was still intact in 1989, is now littering the ground. This 1.85 m high monument had the particularity of having a large notch at its top, as can be seen in the drawing below. Was it an attempt to reduce it to the height of the North stele ? There is also a notch on the stele of Ty Baol exposed to the Keraudy lapidary garden in Plougonvelin. According to some archaeologists, these slits could have been used to fix a rope supporting offerings. But at La Madeleine, the very shape of the stele would have prevented any loop of rope from slipping down without the need to immobilize it in a notch. The question therefore remains open and you can offer us your explanation. 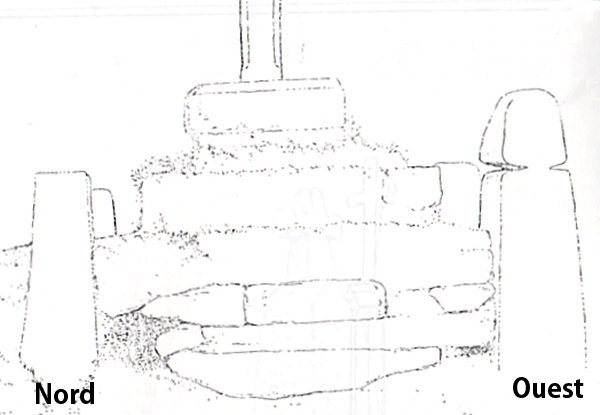 These four steles are therefore different. Although they were gathered around this cross on an undetermined date, there is no indication that they were originally neighboring or even contemporary with each other. The act of vandalism that destroyed the western stele shows how necessary it is to get out of oblivion and preserve all these small monuments that are more than 2000 years old. 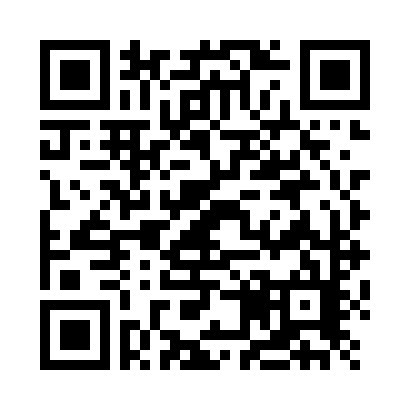