The stele of Croas Men

Access :    Leave Ploudalmézeau by the Lannilis road ( D28) and turn left towards Lampaul-Ploudalmézeau. At a crossroads, the road passes in front of a calvary, on the left, formed by three crosses.
Park on the side of the adjacent lane. 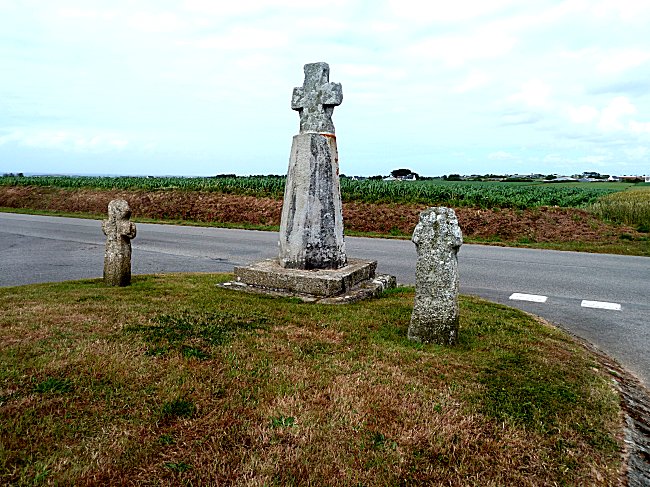 Of these three small monuments that seem to have come there as spectators of a cycle race, it is the highest that attracts the eye. Because the support far from the centre of its cross is indeed a Gallic stele. 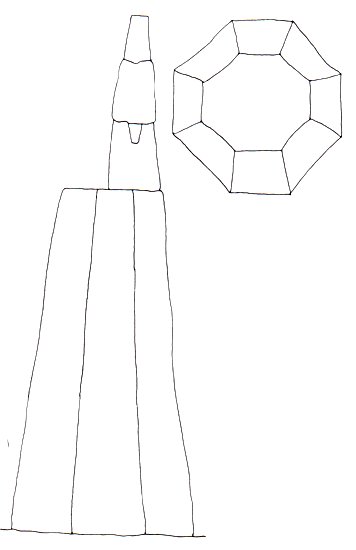 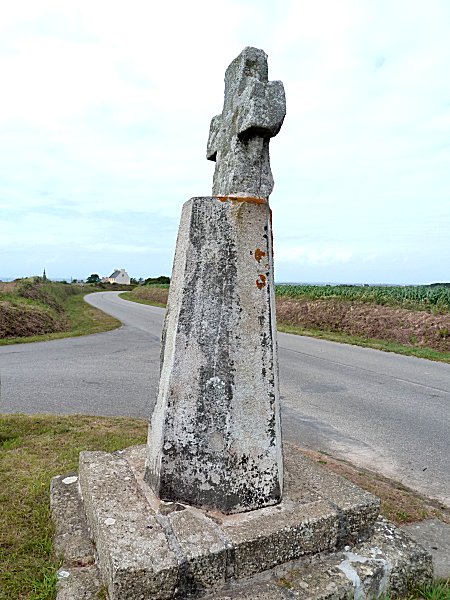 With a visible height of 1.70 m, this massive stele has an octagonal section. At the ground, its perimeter reaches 2.85 m! At its top, 5'8".
Its eight sides are not absolutely equal : their bases measure from 0.31 m to 0.40 m, their tops from 0.21 m to 0.26 m. They are not flat either, but have a slight concavity.
The stele has been sealed between the surrounding stones in an inclined manner, probably to make vertical the cross above.
As with all Christianized Gallic steles, we have no idea where is its original location. 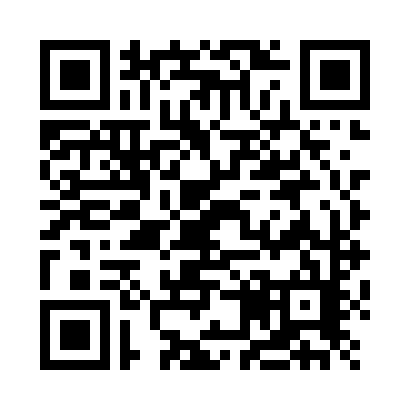