The grey seals of the Iroise Sea 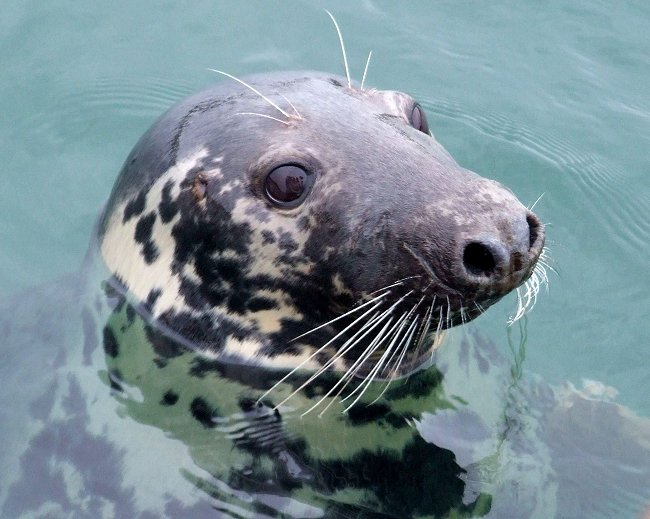 It is an integral part of the heritage of the Iroise Sea, but it is not easily observable. However, the gray seal sometimes comes to the coast and the walker then sees a mustached head emerging among the rocks. The binoculars will be indispensable to admire it.

This marine mammal, which can reach 300 kg for a male, is undoubtedly part of the seal colony frequenting the Molène archipelago throughout the year. This group of 120 to 200 individuals depending on the season is the largest in France. It certainly appreciates the calm and isolation of the islets. The Iroise Sea is the most southern part of its estate. The waters are neither too hot nor too cold and are not polluted. Food is not lacking and rocky resting places dot the entire archipelago. It is not uncommon to see them venture into Brest bay and the Aulne river. 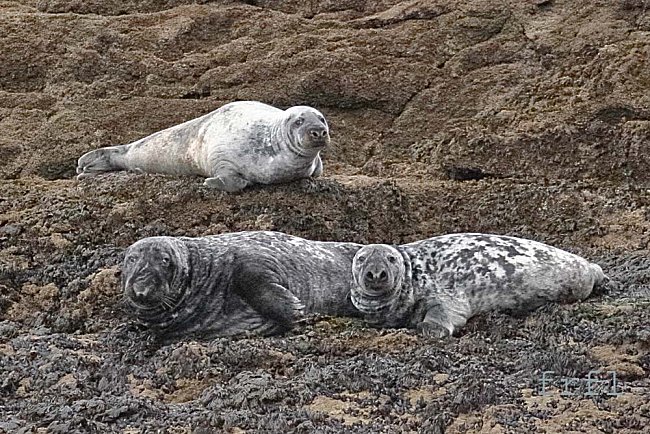 The colony feeds on plaices, sand lances and squids along the coast. But the fish of rocks, congers and wrasses have their preference. Islet lonelyness provides security for seals. And these animals are the most numerous during their moult (change of coat). Some births take place in the Iroise Sea. However, females most often head to the seven islands near Perros-Guirec or cross the Channel to give birth to their offspring in the British1 Islands. A study conducted by the Iroise Marine Nature Park showed that between June and December they were able to cover more than 6000 km along the coasts of Brittany and Ireland, as far as Scotland. Some individuals are equipped with electronic beacons that inform researchers of their movements and fishing areas.
Suivi du Parc

They were once hunted by fishermen who thought they were formidable competitors. On average, a seal can consume 4 to 5 per cent of its weight each day. However their presence indicates that the area is full of fish and testifies to the good quality of the water. Today, they are highly protected. Sometimes an injured individual is found stranded on shore. The Océanopolis teams from Brest then pick it up, treat it and send it back to the sea. About 600 seals have received care from Océanopolis since 1990, with a success rate of 80%.
Océanopolis
If you discover a seal in difficulty, contact Océanopolis on 02 98 34 40 51 (7d/7 24h/24). This centre is the regional coordinator of the National Stranding Network. If you can, send a photo of the animal to soigneurs@oceanopolis.com If the animal is close to the coast, consider photographing the surroundings as well so that it can be more easily located. 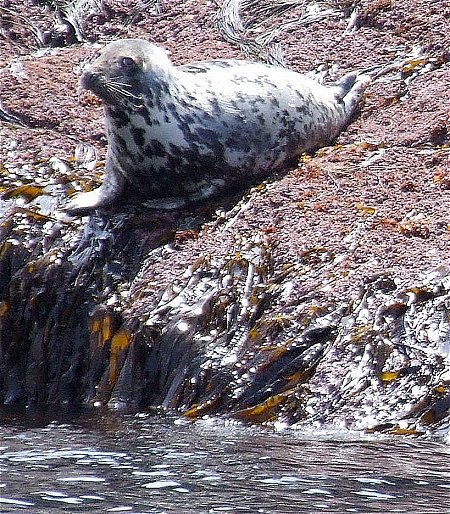 Fishermen and algae gatherers now avoid disturbing these marine mammals. Boaters are invited to follow their example and stay a good distance with the engine off to observe them, and possibly zoom in to photograph them. Indeed, the seal, which has trouble moving on land, jumps into the water as soon as possible to leave the site where it feels threatened. It does not return if it is too disturbed.
It is therefore only thanks to the effort of everybody that this emblematic species will continue to appear in the heritage of the Iroise Sea.

Visit Molène's official website. It contains an abundantly illustrated description of marine mammals, seals and dolphins of the archipelago. 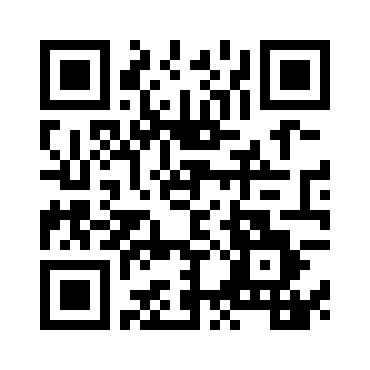