Visits are only possible at certain times of the year.
For more information, contact the Tourist Office: Office de Tourisme
02 98 89 11 31 e-mail : courrier@leconquet.fr 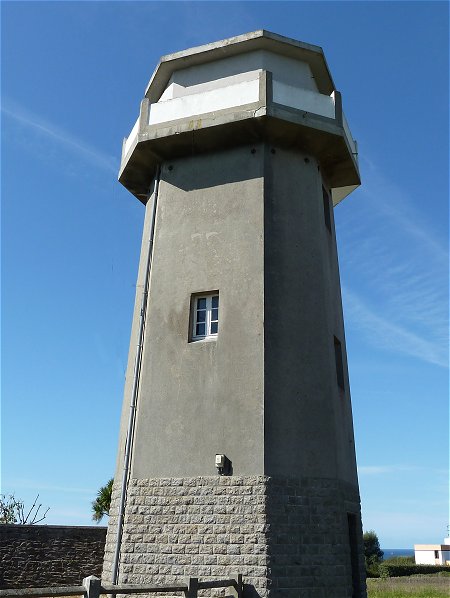 Access :   The Lochrist light is located inland, 600 m from the shore. It can be reached from via the D 789, from Brest to Le Conquet. Follow the small signposted road "Lochrist" to the west near the Lannou roundabout. You can also reach it via the coastal road between La Pointe St-Mathieu and Le Conquet by following the signs to the village of Lochrist, opposite Porsliogan beach. Cross this village and continue towards St-Mathieu. Parking nearby.

Lighthouse or "light"? What is the difference ?

In France both names are intended for "maritime signalling establishments". To be eligible for the name "lighthouse", it must fulfil have at least two of the following four criteria :
- Have a wide coverage1 or a large sea route coverage.
- The height of the focal plane of its light with respect to the base of the building must be at least 20 meters.
- With the visibility of 10 miles, its range must be at least 20 miles.
- Its enclosure includes one or more out-buildings designed for security and access. 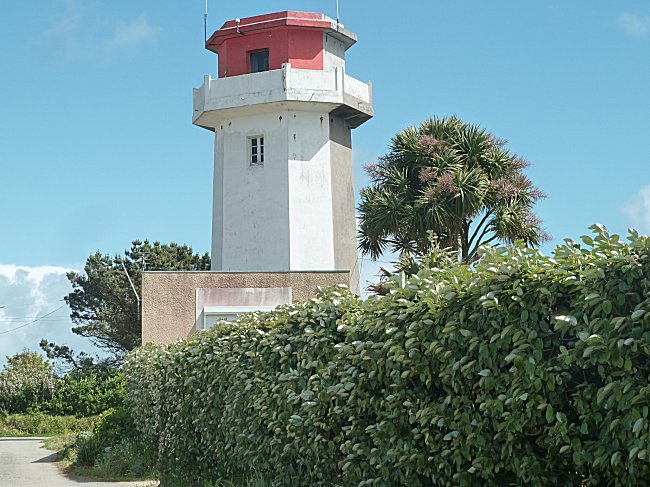 As only its 23-mile range meets these criteria, it cannot be described as a lighthouse, but simply a light.
The total height of the octagonal building is 18 m. The turret on its top is two-tone : white on the land side, red on the sea side.
An observation platform has been built around the turret, allowing non-disabled visitors a 360° panoramic view of the area. 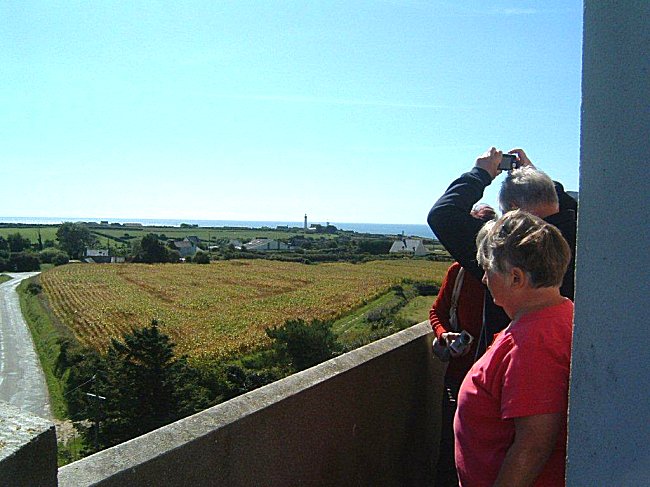 In the distance, the lighthouse of La Pointe St-Mathieu is in clear view.

The bulb and Fresnel lens are visible through an opening in the masonry. The light is white, occulted ( 2+1) every 15 seconds. By aligning it with the Kermorvan lighthouse, navigators can plot the direction of the Helle channel which connects the Four channel to the Fromveur channel, thus to Ushant, at heading 137.9 . Bathymetric surveys have shown that this channel is in fact the remnants of the underwater extension of the Ria du Conquet, whose estuary was located 26,000 years ago off Molène. 2 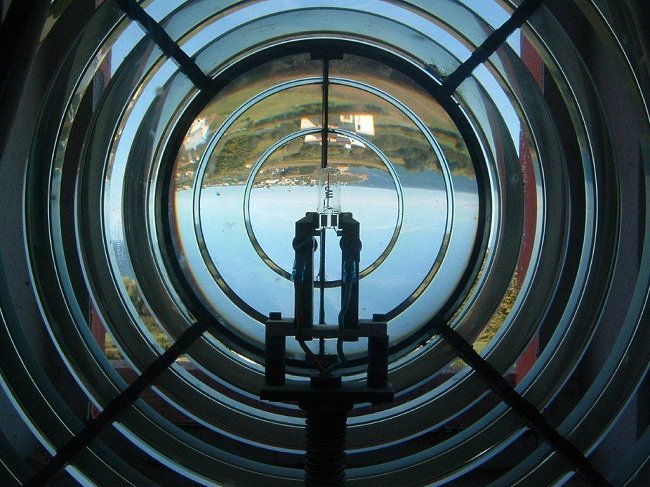 A Fresnel lens is made up of several elements that give an inverted image, such as a photographic lens.
This one concentrates the light provided by the small bulb so much that its range is 42.6 km !

-1- In french, the word "atterrissage" now replaces the maritime term "atterrage" which simply meant an area close to the coast. An establishment is called of "grand atterrissage" when it is located near a turning point on a sea route such as the St-Mathieu's lighthouse or the Créac'h lighthouse in Ushant. 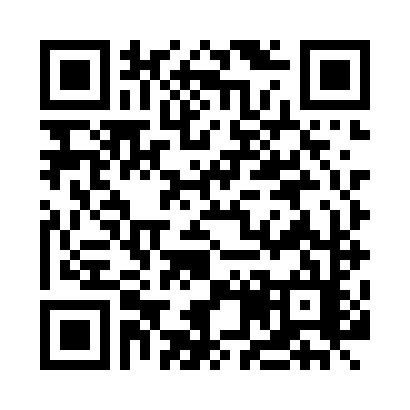