The birds of the lakes of Saint-Renan 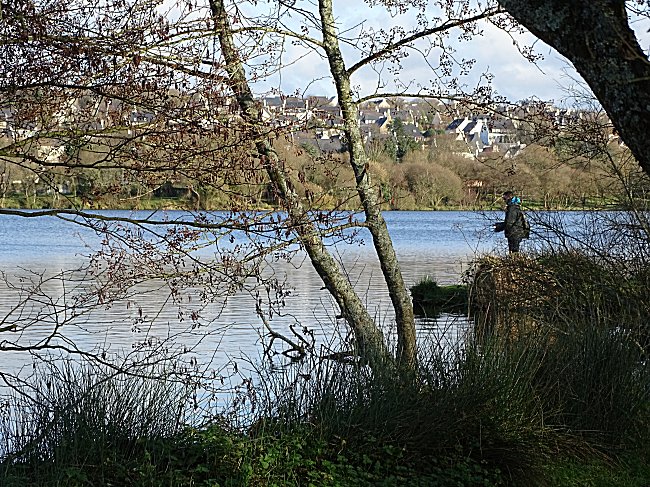 The Aber Ildut, which flows at the bottom of the city, has not always been the small river feeding today the lakes of St-Renan. In the tertiary era, it was an impetuous river that received the rivers Aulne, Elorn and Penfeld, digging a deep bed all along its course. During the millions of years that followed, blocked downstream of St-Renan by a shallow of the river, alluvium resulting from the degradation of the staniferous granite of the Monts d'Arrée and the Montagnes Noires settled there.
Then the collapse of the Brest Channel turned everything upside down. Penetrating in what is today the Roadstead of Brest, the sea has directly collected there the rivers Aulne, Elorn and Penfeld. Deprived of these three rivers, the Aber Ildut has shrunk considerably but its wide valley has remained. 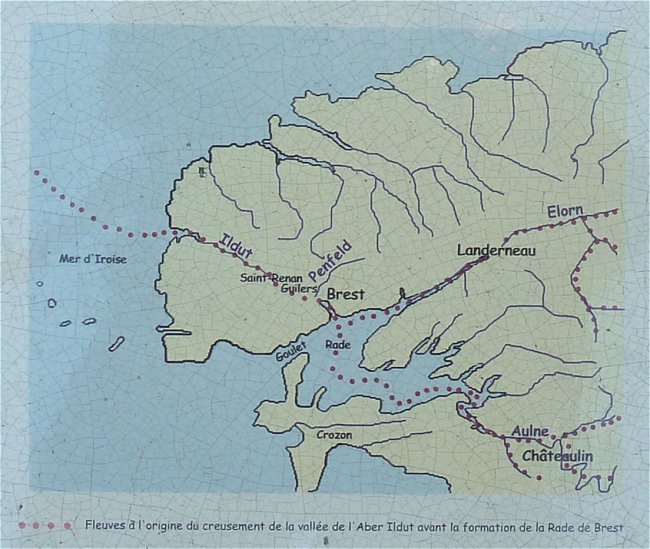 In antiquity, as early as 1500 B.C., staniferous alluvium was mined in St-Renan for its cassiterite content, the tin ore essential for the manufacture of bronze. The export of this ore to Mediterranean ports has resulted in significant trade. This exploitation lasted until the end of the Roman Empire.
In 1957, in search of uranium ore, the industrialist Charles Pavot rediscovered the wealth of tin ore in these swampy alluvium. He created the company COMIREN (COmpagnie MInière de Saint-RENan) and obtained the authorization to exploit them. From 1960 to 1975 the bottom of the Aber Ildut swamps was dredged to a thickness of about ten metres, making St-Renan the European tin capital. 1
When this exploitation ceased, the ore being exhausted, the excavations filled with water became the lakes of Pontavennec, Ty-Colo, Comiren, Laverie, Poulinoc and Lannéon. The course of the Aber Ildut2 as well as the surroundings of the two bodies of water of the city, Ty-Colo and Comiren, were arranged.
Today, their shores are pleasantly covered with vegetation and make the happiness of the walkers, the fishermen, the sportsmen and all an avian fauna. 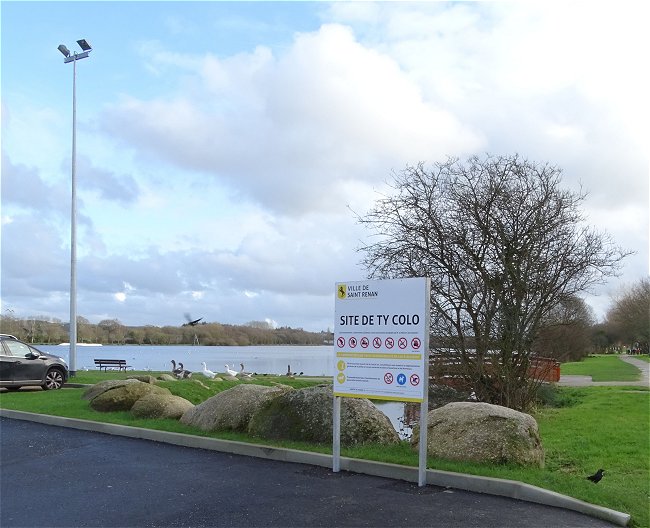 This large body of water has been converted into a leisure area for walkers. The trail around it is equipped with numerous benches and, for sports joggers, metal plates fixed to the ground indicate the distance covered from the start located at the back of the car park. A water-ski lift base also allows amateurs to train.
Most often, a welcoming committee honk loudly as soon as a visitor arrives. It is a small colony of white and ash geese that has taken up residence here and is crying out for some food. 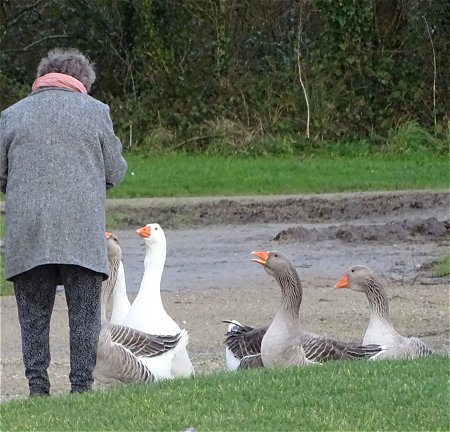 This group is often accompanied by mallards, black-headed gulls and herring gulls or by coots that will be also found further along the lake. One will also see the european shag, in small colony, or the discreet moorhen which hides on the bank.

Sometimes unexpected birds make a stopover at Ty Colo. This was the case in January 2016 when a bar-headed goose was seen apart from other geese, in the middle of the lake. 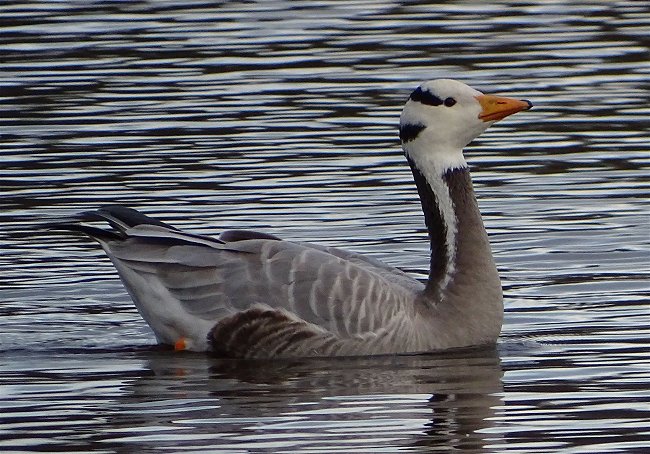 Bar-headed goose  © photo YL
This species native to Asia, is a champion of high altitude flight, since it is capable of flying over Everest during its migrations.
Some bar-headed geese have been imported from China or Mongolia
into zoos in Belgium and Sweden.
This occasional visitor probably escaped from one of them.

The Comiren's lake is much less visited than the lake of Ty Colo, but on its western edge it offers to the birds a still swampy wooded bank where certain species can nest in peace. 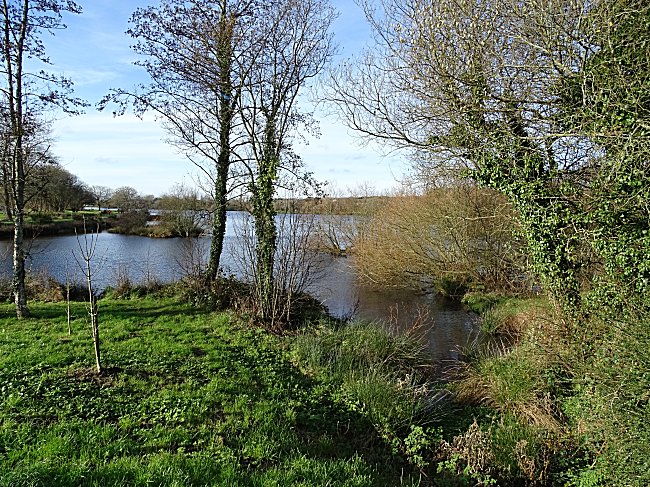 The mallard  © photo YL
As on many bodies of water accessible to visitors, the mallard is so used to man that he approaches him to obtain bread without fear.
A bad habit for a wild animal ! But whose fault is it ? 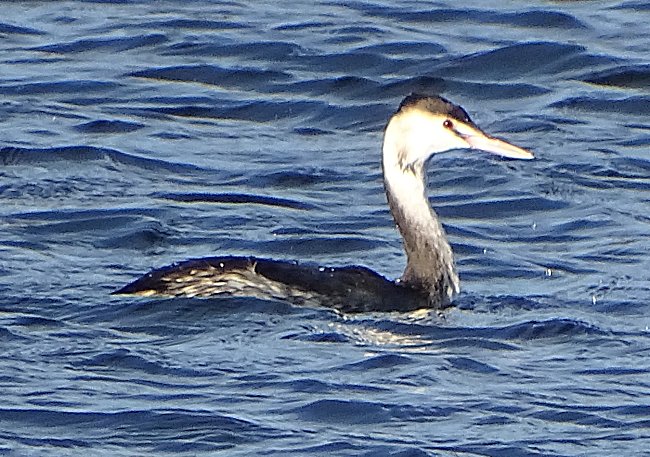 The great crested grebe   photo © YL
The bird, here in its sober winter costume,
often appears on the Comiren's lake.
Very low on the water when it is not at rest,
it makes many dives to feed.
In spring, its head is equipped with a black hoopoe
and its neck with a characteristic red collar. 3
The amateur photographer will enjoy trying to track him in his lens,
in spring, when the female carries her chicks on her back. 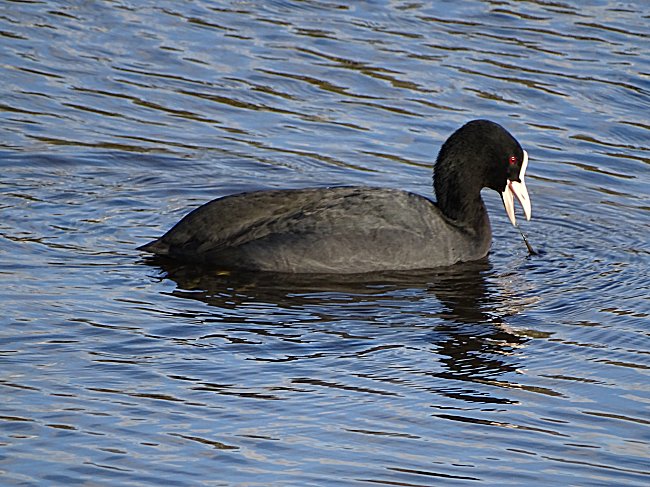 The coot   photo © YL
It is easily recognized by its red eye,
its white beak and forehead,
which contrast with the deep black of its head.

-1-  In St-Renan, the Musée du Ponant presents an entire showcase retracing this exploitation.
See also the website of the Renanaise association EXPOTEM.

-2- For more information on the Aber Ildut, see the Eaux et Rivières website. Detailed explanations of the development work on the Comiren's lake are available on the CICC website.

-3- As for the great crested grebe, read issues 71 and 72 of the magazine "La Hulotte" which are entirely devoted to it.

If you have taken pictures of birds of the lakes of St-Renan, do not hesitate to send them to us by mail so that we can insert them in this page. 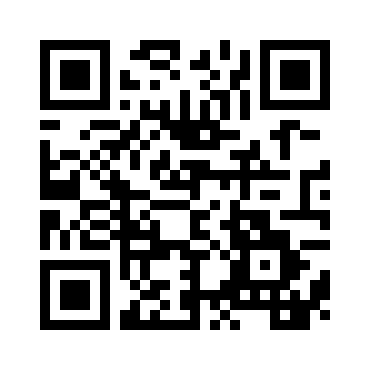