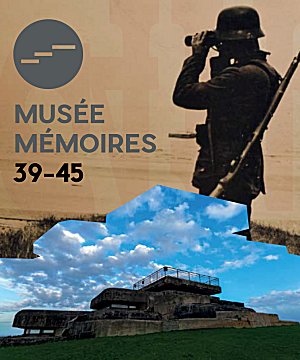 The tour has 5 levels.
Only one is accessible at ground level for people with reduced mobility. 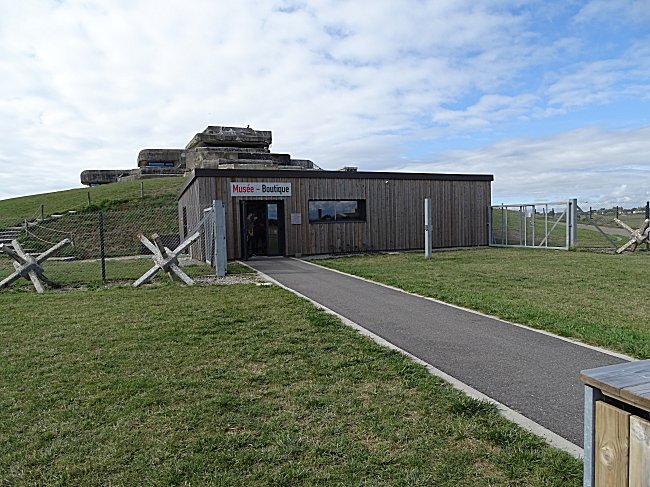 We can see them from afar, these large concrete platforms dating from the last World War. They were built in July 1940 by the occupier and were part of a vast defensive system designed to prevent Allied ships from entering the port of Brest. Here, in Kéromnès, in a huge bunker, it is the battery's fire command post Graf Spee1 which extended from Kéringar to the coast. The most formidable German battery in all of western Brittany, occupying 22 hectares, and of which Kéromnès was the centre. The remains of this post, which are still in good condition, have recently been transformed into a museum. And not just any one : a museographic success in an exceptional concrete labyrinth !

Access : The "Mémoires 39-45" museum is located on the D 85 road between Le Conquet and Plougonvelin, 500 m after Pointe St-Mathieu, in the direction of Plougonvelin. A large parking lot allows all types of vehicles to park. 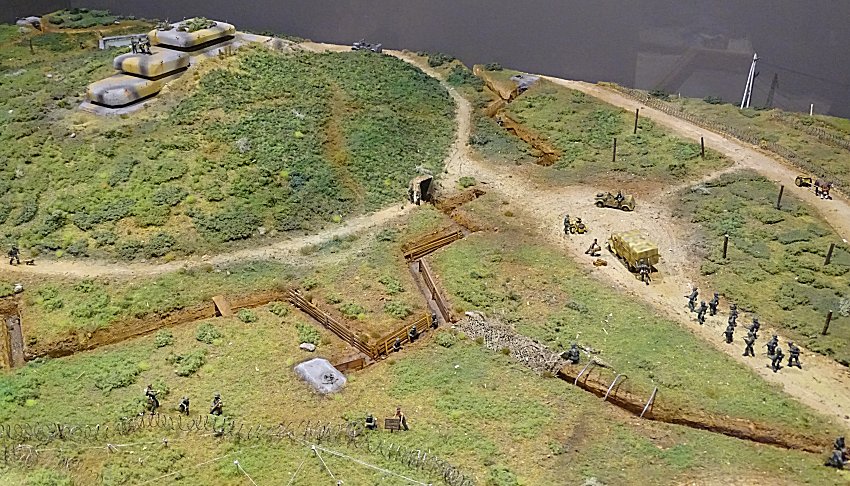 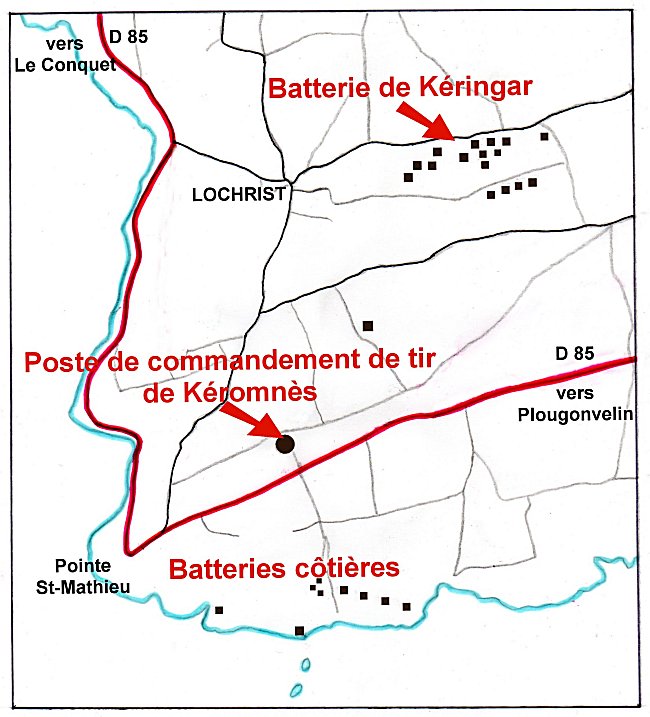 After entering the large car park, visitors must pass between two former concrete gatehouses that are sure to intrigue them. They were not part of the site but came from Brest where they kept access to an anti-aircraft battery near the Arsenal. Each has three loopholes through which the sentinel, well protected by an enormous thickness of concrete, could repel an attack. Forgotten among rubble, they were recovered a few weeks before the museum opened.

Similarly, on the lawn, there is a real 1944 landing craft. One imagines the IMs crammed and buried in the bottom to shelter from the gunfire behind the metal disembarcation gate and the fragile plywood hull before beaching. 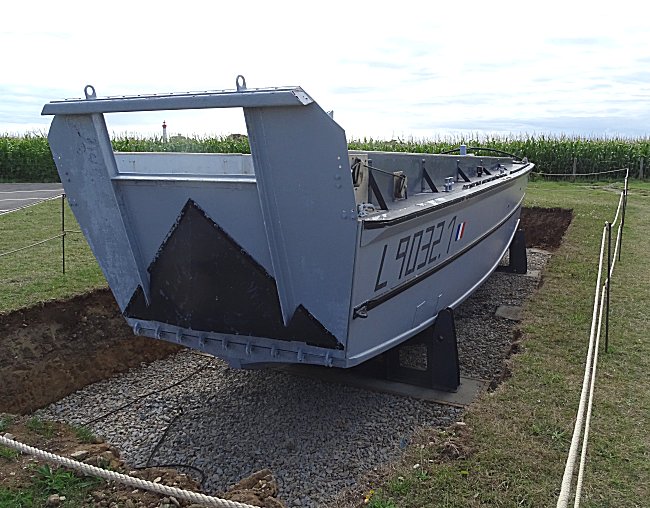 As soon as you enter the reception room, a first window gives an overview of the richness of the military elements displayed below. These are collectibles worthy of a Prévert style inventory from the various armies that fought in the West. 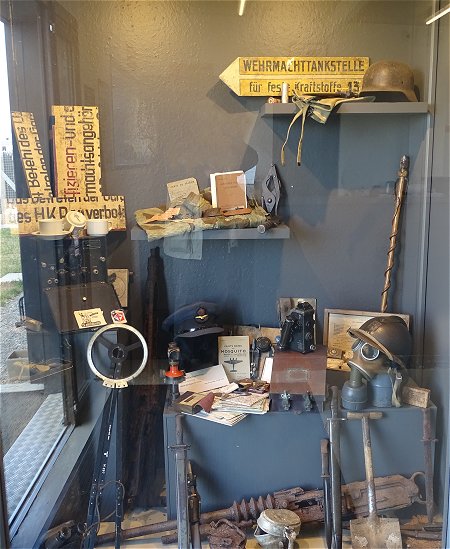 As soon as the visitor has left the ticket office, he sinks into the depths of this super-bunker. It reaches the lower level, type M151, reserved for the German garrison cantonment of this command post. A sign reminds us of the motto: "Five minutes before the hour, it's the soldier's punctuality". 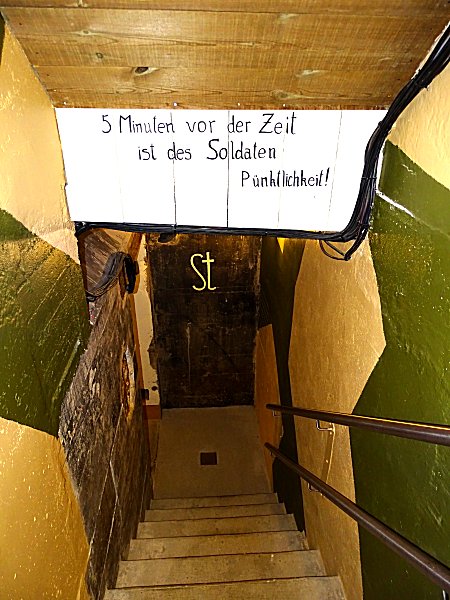 Several bedrooms are located in this basement. But we don't just see empty bunks : models dressed in uniforms are there, in scenes of daily life of the most impressive effect. One of them shaves in front of a long sink, others play cards. Thanks to a host of accessories from the time, this concrete universe seems to come alive and already transmits to the visitor humanitarian values that are independent of the colour of the uniform. 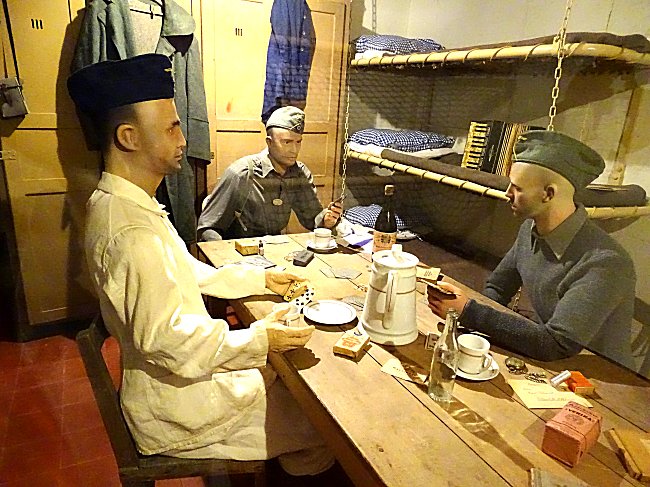 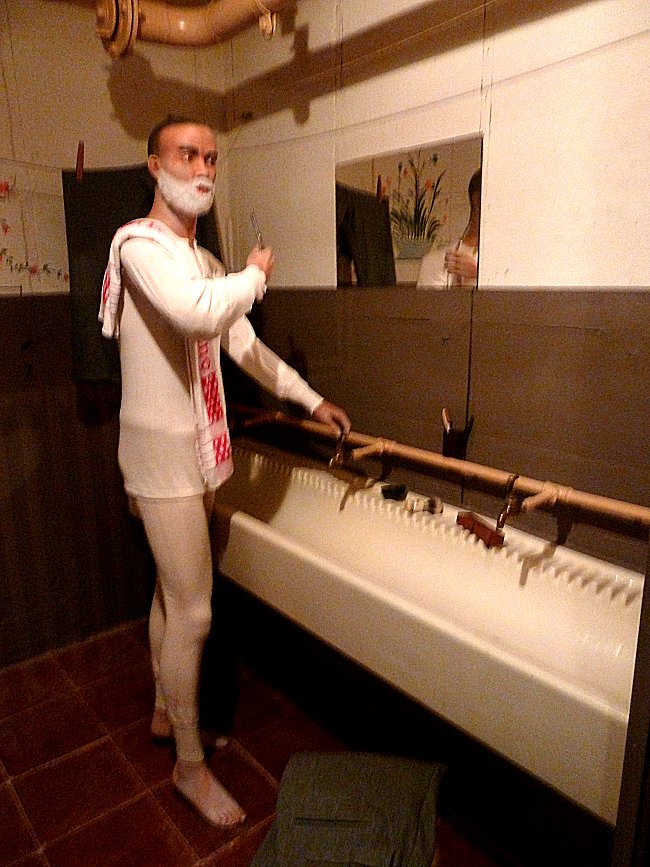 The next two floors were devoted to the sleeping quarters of the officers, the technical rooms and the rooms for calculating firing coordinates. Today, we discover large display cases where models dressed in various allied uniforms or civilian clothing take part in scenes of occupation, parachuting, the Resistance, or passive defence. 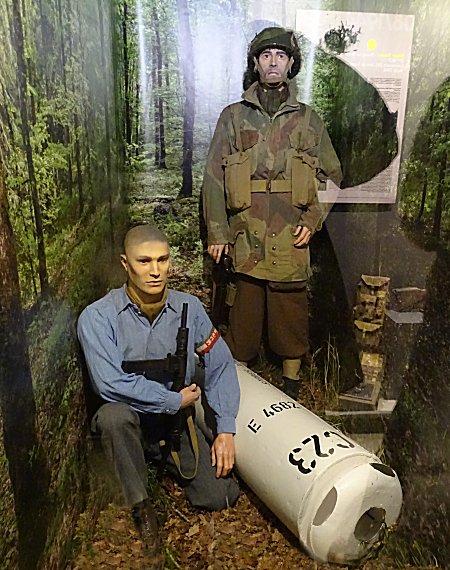 Panels explain to visitors the power of the Keringar battery, whose 4 main 280 mm SKL 40 guns were capable of firing 240 kg shells from a distance of 30 km. Normally, 250 soldiers served it. However, during shooting exercises, it had accommodate hundreds of others from different batteries. Its multiple blockhouses and barracks were spread along the coast as well as inland. However, what interests the inhabitants of the region most are the many testimonies, anecdotes and short stories collected from witnesses, most of whom have now disappeared. Various facts, but also letters from prisoners, executions of civilians for acts of resistance, while under Pétain's regime the population was urged to side with the german occupier. 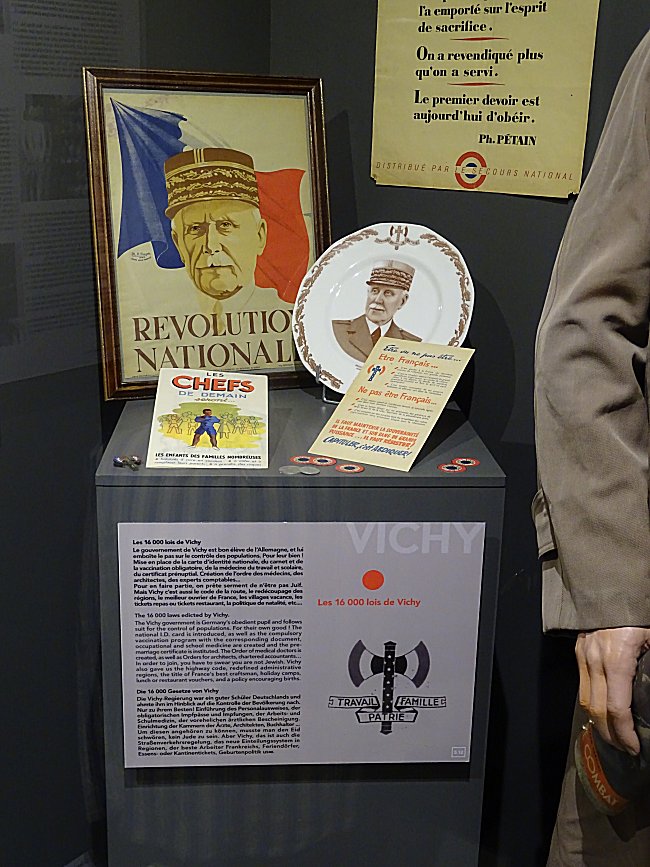 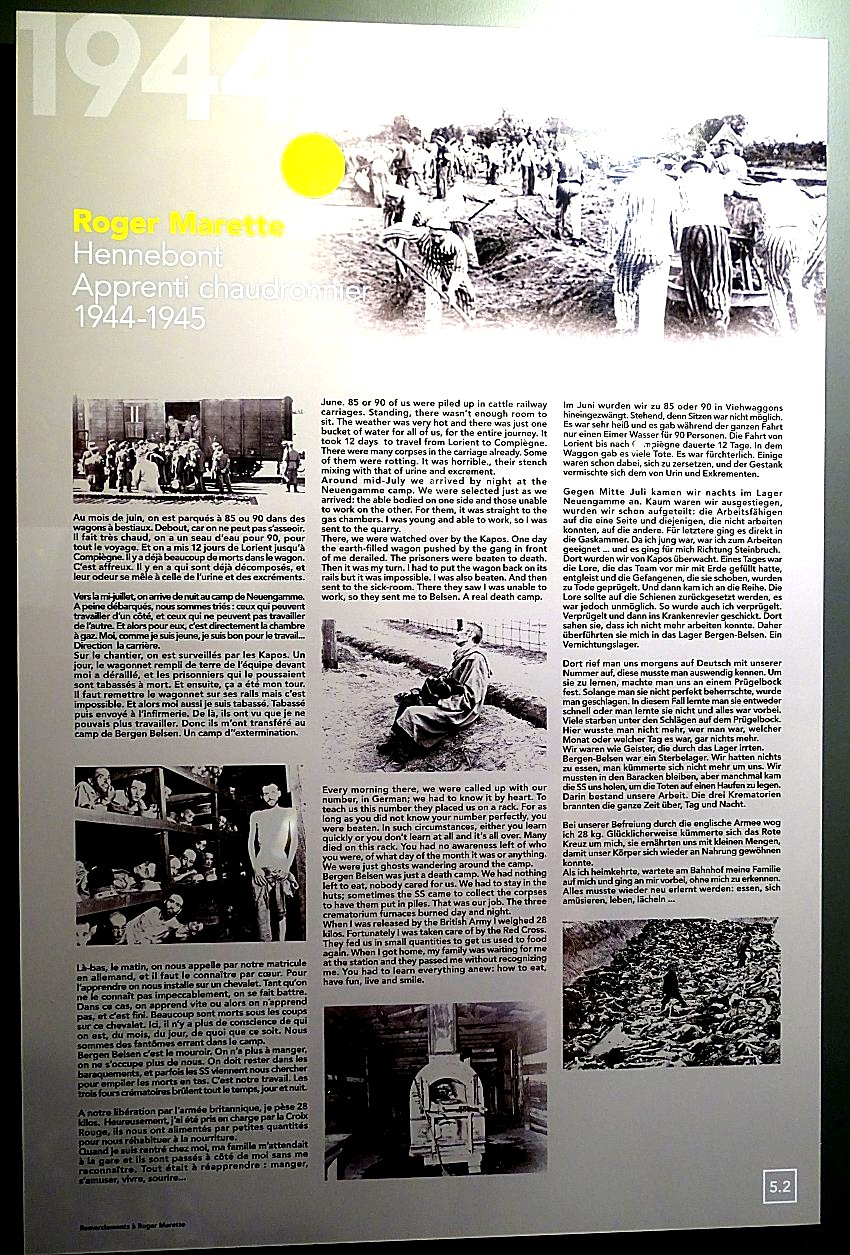 A passive defence shelter has even been reconstructed. You have to enter the interior to live, sitting in a cellar among jaded inhabitants, and for twelve long minutes, on 112th bombing the city of Brest. A memorable moment, in sound and light, not to be missed. 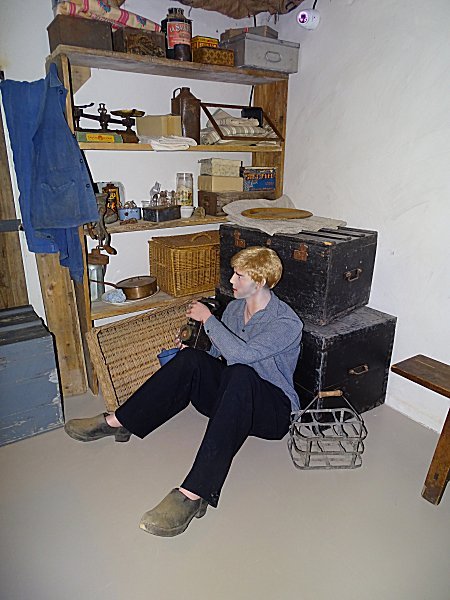 The tour continues in the top two floors, which enjoy a magnificent panoramic view. We learn of the quite exceptional circumstances in which this position, which was said to be impregnable, fell on September 9, 1944 with the help of the Maquis in the hands of the G.I. of the 2nd and 5th American Rangers. ( click here for more informations on the Kergoff Maquis ). The extraordinary victory of a small patrol of four foolhardy men, including the leader, Bob Edlin, with a detonated grenade in his hand, won the unconditional surrender of the entire Graf Spee battery, which was about 800 men strong. 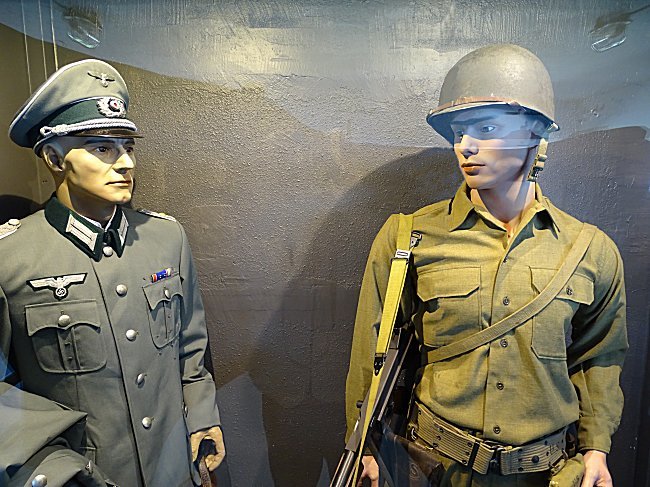 With a grenade in his hand, Rangers Lieutenant Bob Edlin
obtains from Colonel Fürst the surrender of the powerful Graf Spee battery.

A large rangefinder occupies the last room after which one can climb onto the terrace to contemplate the panorama.
And it is understandable why, with such a view of the Iroise Sea at over 180°, the German occupier was so keen to maintain and strengthen this incredible position.

Leaving this terrace, the visitor meets a 40 mm anti-aircraft allied gun whose plates indicate the date of construction. 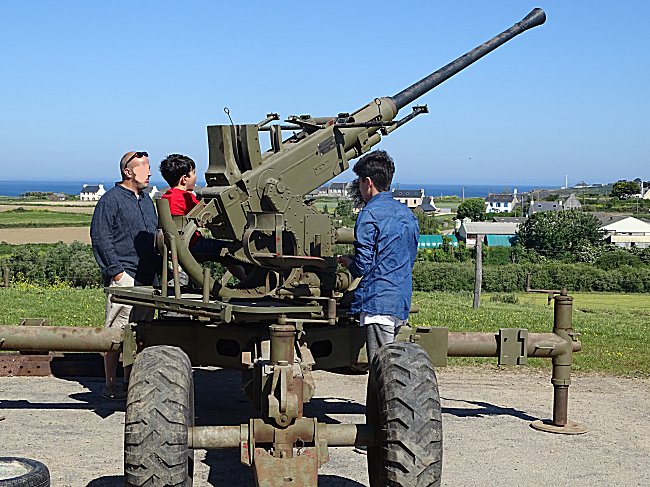 It is undoubtedly the only one in the whole of the Pays d'Iroise that is still in good condition. ( follow here a itinerary to visit the canons of Iroise ).

Various large items of equipment are also on display, including a big underwater mine, a wagon designed to transport sand and gravel to make concrete for the bunkers, and finally, the highlight of this exhibition, a 31-ton American Sherman M4A1 tank equipped with the second model T23 turret and the 76mm long gun. 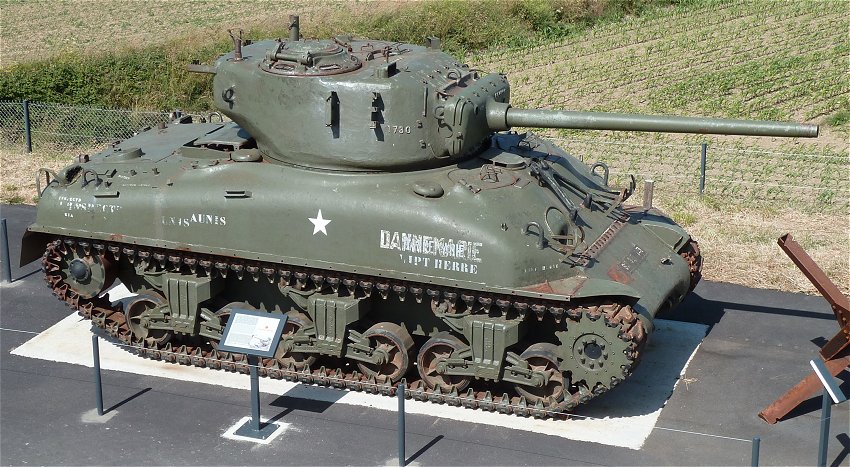 It was taking five tanks of this type to overcome a single German Tiger tank.
But mass-produced, the Sherman had the advantage of numbers.

On leaving the museum through the ticket office, model builders will be able to acquire the model to be built of this mythical tank of the Liberation. 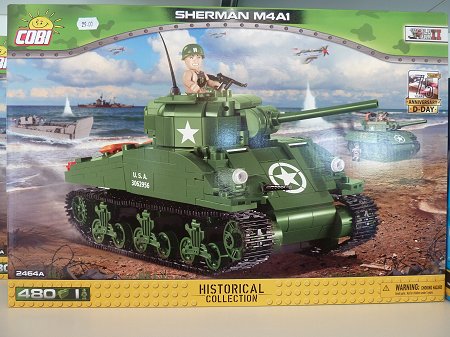 -1- The name "Graf Spee" comes from the name of the German battleship Admiral Graf Spee. This ship had preferred to scuttle in December 1939 in Montevideo rather than surrender to the British fleet. The four 280mm guns of the Keringar battery came from the battery at Fort Graf Spee, Germany, on the Isle of Wangerooge, not far from Wilhemshaven. 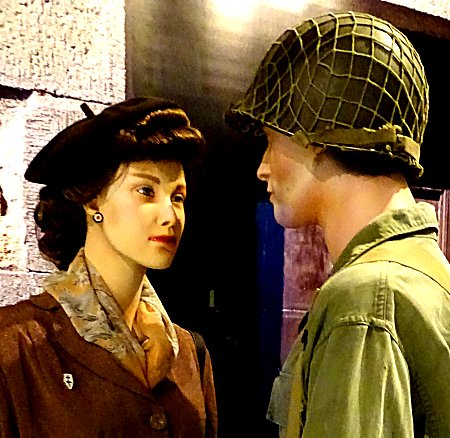 First of all, navigate on this English site dedicated to the whole Atlantic Wall : 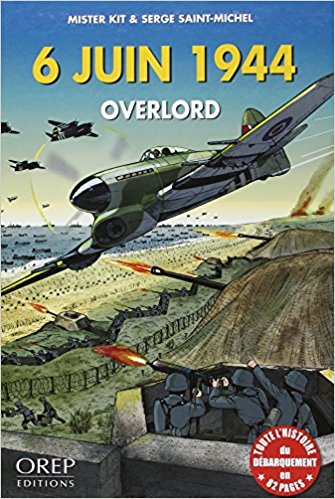 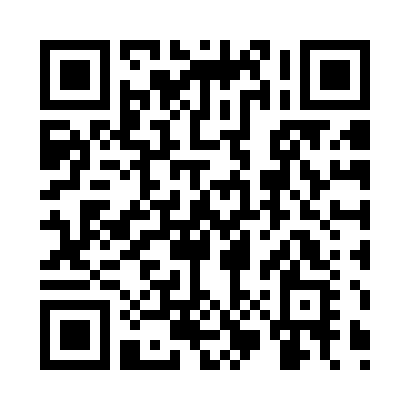