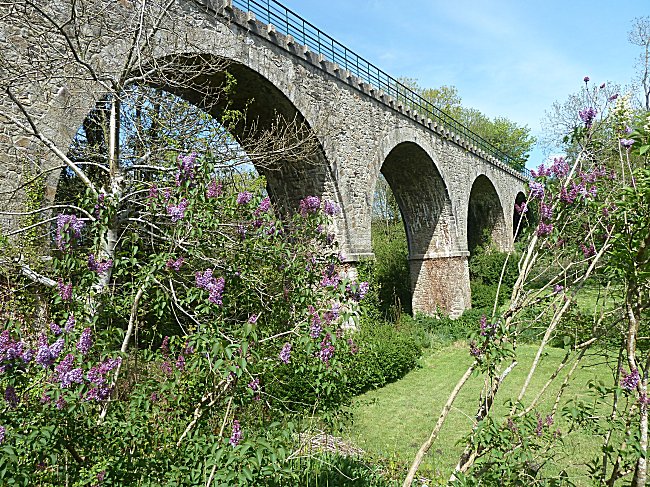 Access : Going from St-Renan to Argenton on the D68 road, pass the Plourin roundabout and, still on the same road, 3 km further, turn right towards Landunvez. Cross this village and continue towards Kersaint. 2 km after the first houses of Kersaint, turn right into 'rue du Viaduc'. Cross the viaduct and park further to the left.


This magnificent viaduct, which now supports a narrow road, was built from 1911 to 1913 to make cross this deep valley to a railway linking Brest to Porspoder. 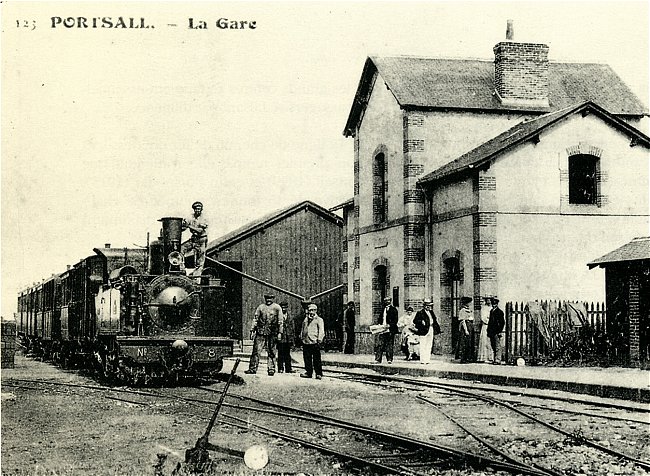 The long railway line Rennes-Brest arrived in the capital of Ponant in 1865. It was for Brest and all its region an extraordinary opening which made it possible to reach the western end of Brittany from Paris. But that was not enough. The countryside, much more populated than today, also wanted its train.

The construction of a line Brest-St-Renan-Portsall was decided by the Department. Land acquisition and works were the responsibility of the community. Its operation was entrusted to the 'Chemins de Fer Du Finistère' (CFDF). 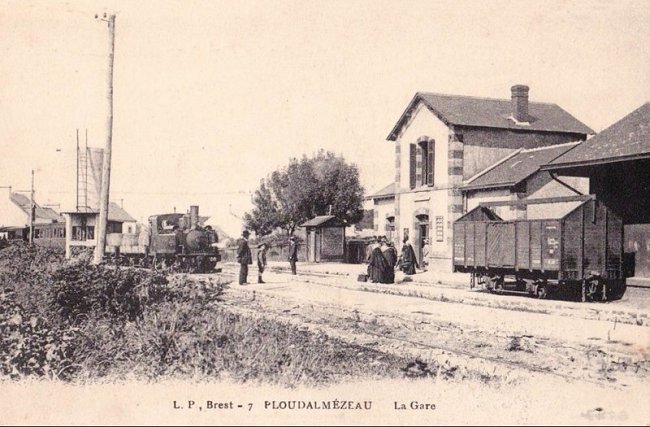 The first two sections, Brest-St-Renan and St-Renan-Ploudalmézeau were completed in 1893. Their extension between Ploudalmézeau and Portsall finished in 1899. The last section of Portsall-Porspoder was inaugurated on May 13, 1913. It was first entrusted to the 'Chemins de Fer Armoricains' (CFA) and later returned to the CFDF. 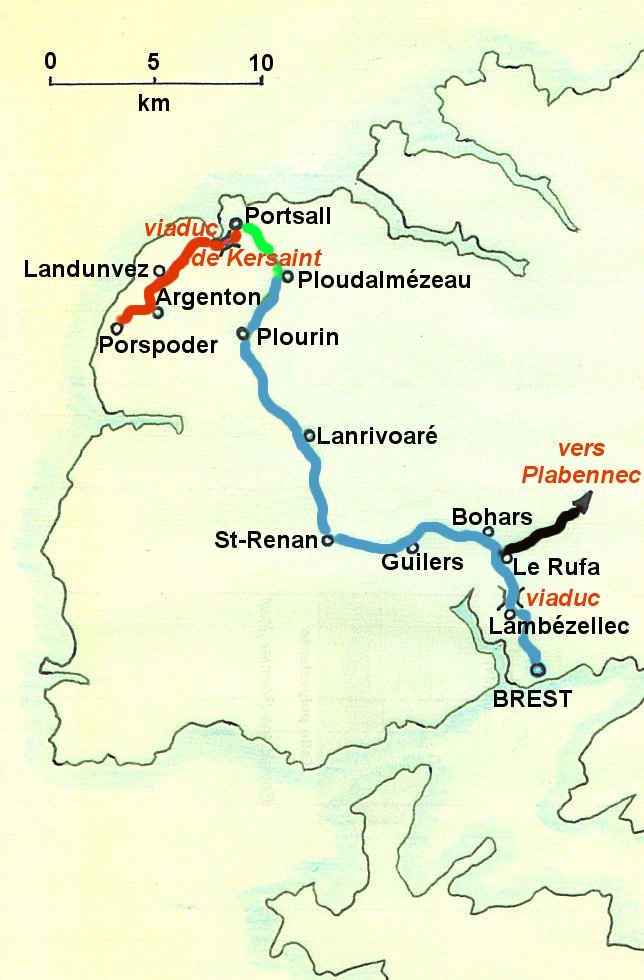 Indeed, since the end of the 19th century, all the municipalities had wanted to be served by the train which, it was thought, alone could open them up. In fact, the transport of goods by road could only be carried out by horse-drawn carts with limited tonnage. In addition, the condition of these gravel roads often left much to be desired: mud, ruts, potholes and narrows hampered traffic. Although it was a single metric track, this railway was synonymous with progress: at an average speed of 20 km/h at the beginning, the 'black horse' was faster, more regular, safer and could carry more goods and passengers.
The doubling of the track in each station allowed the convoys to cross each other.
As everywhere, the arrival of the train was a huge success. It changed the lives of the inhabitants by allowing them to considerably widen their range of action. Farmers could serve all the surrounding markets and the train was nicknamed the potato train, compared to the Morlaix train which was nicknamed the carrot train. It was also named, of course, 'tacot' (antique car) or 'tortillard' (slow train). 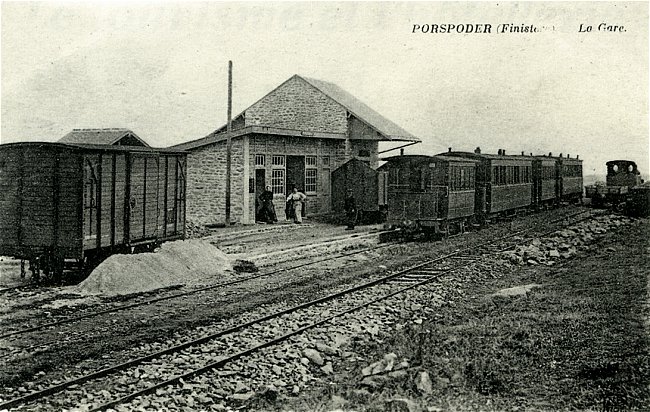 Behind the locomotive, the convoy was formed according to the needs of the moment of 4 to 10 passenger cars, depending on the days and seasons. One luggage van and one for goods or animals. On the hills, when it was overloaded, the train was so slow that passengers could be asked to get off and push it. When the rails were very wet and cluttered with dead leaves, the wheels could also skid.
There was no railway crossing equipped. The sound of the locomotive and its whistle were enough to remind everyone that the train was a priority. There were very few accidents. 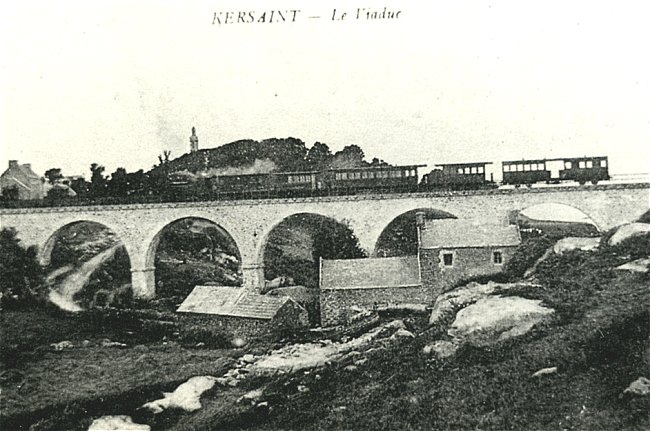 One day, at Porspoder, while a convoy was at rest, a group of drunken young people had fun detaching the last car. While five or six boys were sitting inside, the others pushed the wagon and, with the help of the slope, here was the wagon heading towards Kersaint. But those who pushed them stayed on the dock! They then detached another wagon and pushed it, running beside it and jumping in, they took the same direction.
When the first car reached a hillside, it gradually slowed down, stopped and... went back. When the second car arrived, the two collided sharply. Fortunately no one was injured, but the accident was reported everywhere and the young people were not very proud. The story doesn't say who paid for the repairs. 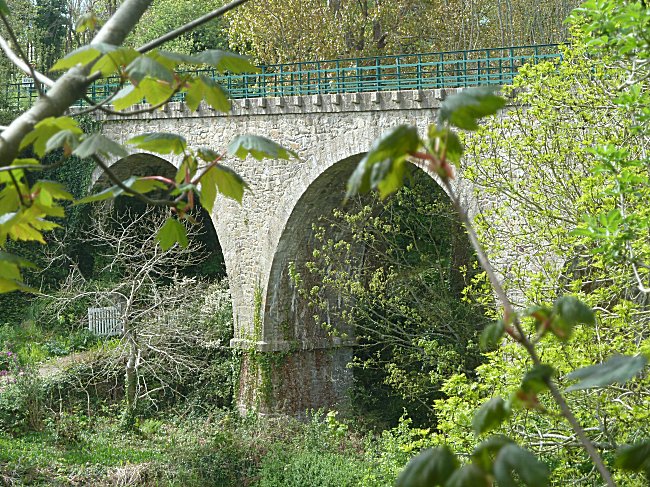 The works of the Brest line required the construction of several structures. A viaduct was built in Lambézellec, another in Kersaint.
This one has 5 arches and culminates at 12 m above the Kersaint river. It is made of local granite. After the war of 1914-1918, the development of bus transport and the success of private cars rivaled the railroad so much that the line was to be closed in 1935. In its Portsall-Porspoder section, the potato train, in deficit, had therefore only served 22 years. During the occupation, the Germans put it back into service for their exclusive use. After the Second World War the rails were removed and a narrow road replaced the railway.

Today, this small road, more or less preserved, makes the happiness of hikers, whether they are cyclists or walkers. It is a different way to discover the countryside while thinking about the famous potato train odyssey.


Several studies, with confidential circulation, have been published on small trains of local interest. You will not find them in the usual bookstores, but you will probably find them in libraries, school documentation centers, media libraries or specialized bookshops. 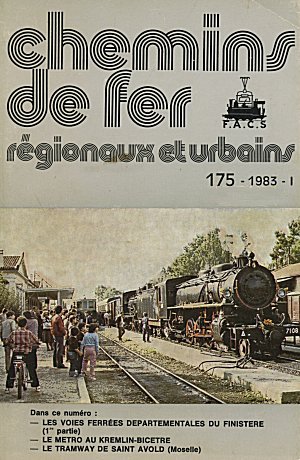 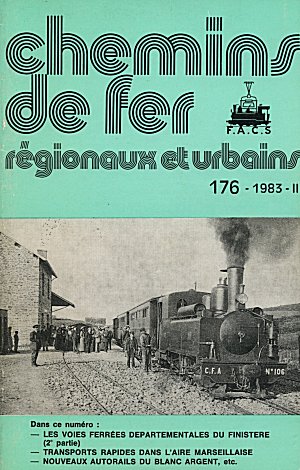 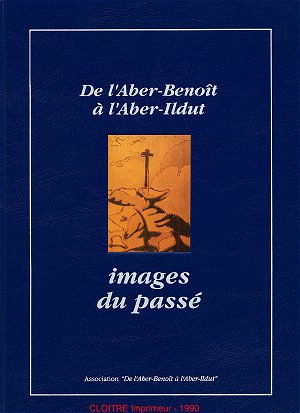 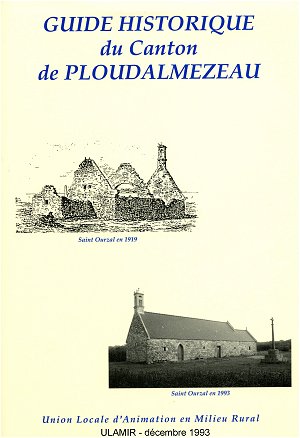 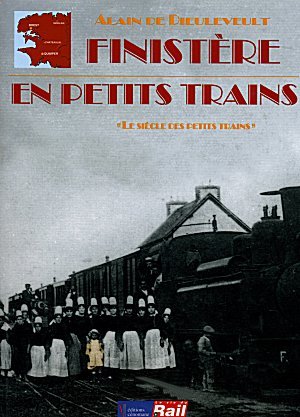 We will also find in the book below living testimonials from people who have known the little train. Read the pages entitled :
"Les mémoires de Job LE BORGNE, Porspoder et son petit train" 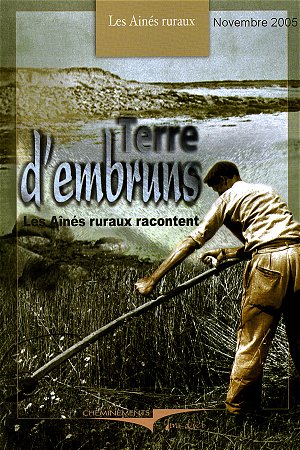 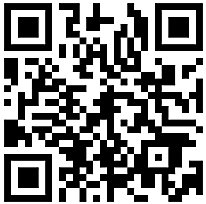